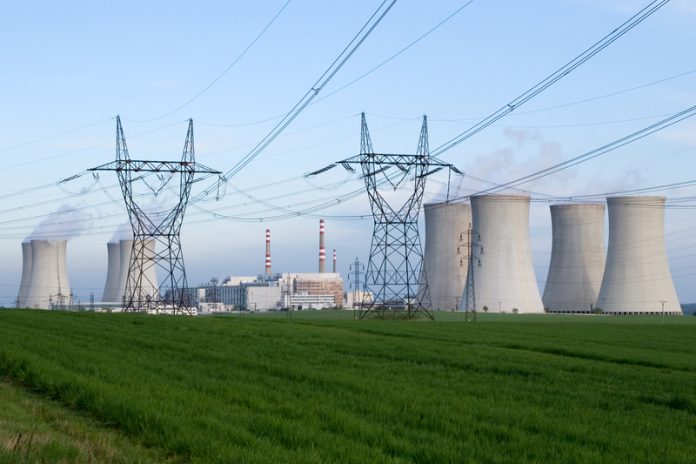 Modern society loves energy. Whether it is lighting our offices, heating our homes or delivering our goods, it all takes energy.

But delivering the energy we need is becoming a problem. Fossil fuels have been the backbone of our development but we now realise burning fossil fuels is unsustainable and we must wean ourselves off them as soon as possible. There are alternatives but each comes with its own advantages, disadvantages and limitations. Nuclear fission has been delivering cost-effective power for decades but has barriers to entry that can restrict its application. Renewables, such as wind and solar have a large physical footprint but are often not close to where the energy is needed and are intermittent. Biomass locks up large quantities of land, is hard to transport and still leads to the release of greenhouse gases. Lots of new energy models have been tried but none have been an unqualified success and none can be freely and sustainably replicated. Fusion could change that.

Fusion as a source of energy

Fusion would be a high-density energy source entirely under mankind’s control with an affordable, easily available fuel. It could be easily replicated in almost any jurisdiction and doesn’t have the environment damaging carbon emissions.

That is why economic fusion is the holy grail of the energy industry.

When matter condensed out of energy after the big bang, an electron combined with a proton to form our simplest element, hydrogen. That is why it is by far the most common element in our universe.

But it is not the lowest energy atom. That title belongs to Iron 56. If the repulsive forces that keep light nuclei apart can be overcome they will fuse and give out energy, and lots of it.

This is where the energy of the Sun comes from. Every day when the Sun rises we are reminded that fusion works.

The issue of creating power from fusion is then, not one of its fundamental science, but rather one of engineering, materials science and control. The Sun uses its massive gravity to confine the fuel and the energy produced just dissipates into space. Controlled fusion, here on earth, requires us to find another way to contain fuel at a hundred million degrees Celsius and then to collect the energy and convert it into something useful. The Sun is self-sustaining. We begin with a cold fuel that we need to heat before the reaction can start by putting massive amounts of energy very quickly into a very small target.

Mankind has risen to the challenge, imagining many ways in which this might be done and then proving that it can. Historically the experiments have been large, as magnetic confinement has been used to hold a hot plasma (a state of matter where electrons have been stripped from the atoms) or powerful lasers have been used to create shock waves in solid fuel pellets.

Notable experimental facilities include the Joint European Torus (JET) in the UK, National Ignition Facility (NIF) in the U.S. or more recently the Wendelstein 7-X stellarator in Germany. Thirty-five countries have come together to support the next phase of the Tokamak development known as the International Thermonuclear Experimental Reactor (ITER) in France. Construction of this large and complex facility will take some time and is expected to cost in excess of $20billion.

It has been a hard slog for fusion as it has had to overcome many challenges at the very edges of our knowledge and capability. Without the benefit of the Sun’s gravity the temperatures needed for ignition are 6 times higher than the Sun’s core and at the moment, Tritium and Deuterium (isotopes of hydrogen) have to be used rather than much more available hydrogen itself. The fusion process kicks out a lot of radiation and the materials used must be able to tolerate that radiation.

At times people have joked that commercial fusion power was 30 years away when it was first considered and it is still 30 years away. But there is powerful evidence to suggest that technologies develop exponentially and that fusion is now lifting off that initial flat part of the curve so that from here on in progress could accelerate away. Certainly, this can be seen in the announcements of technological progress on the big projects, but just as importantly it can be seen in the surge of spin-off commercial concepts such as Vancouver’s General Fusion or First Light Fusion in the UK.

Even ex-Google executives are getting in on the game, with Mike Cassidy recently announcing the creation of Apollo Fusion.

It may well have taken time to get where we are today but with few constraints on deployment and a massive demand for what it delivers, fusion could easily be the next great step in mankind’s development. And it may come sooner than you think.

Dr. Alexander is also a Principal Consultant at Bucephalus Consulting and was one of the signatories to Fusion – 2030, a roadmap for reinstating Canada’s Nuclear Fusion Research program.