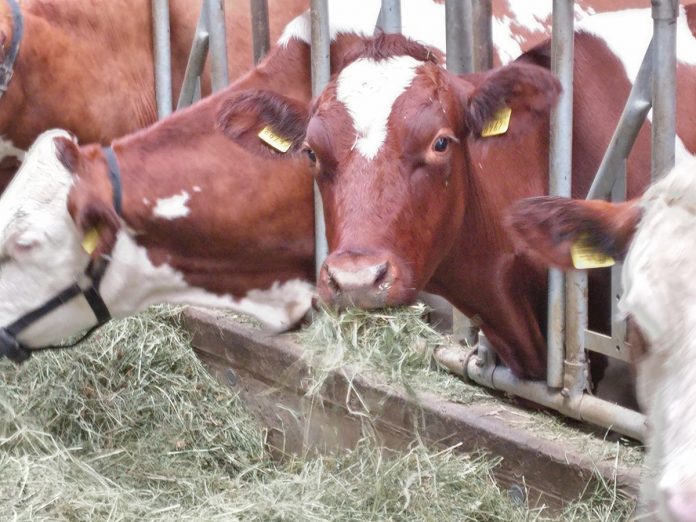 Nicolas Friggens, coordinator of the GenTORE project at INRA, France reveals why genomics and precision agriculture are a perfect match for improving farm sustainability

The advent of genomics and its application to livestock has revolutionised breeding programmes in a number of ways. It has greatly increased the precision of animal selection and has thereby opened up the possibility of selection on complex traits. The uptake of genomics in livestock production has been mirrored by a massive increase in the use of on-farm technology to monitor animals, the so-called precision livestock farming boom.

These technologies greatly facilitate our ability to phenotype a range of animal traits – whether existing or novel in increasing detail and in large populations. Bringing these two emerging disciplines together to create real synergy and to provide on-farm tools to sustainably improve production efficiency is the purpose of the H2020 project called GenTORE, which focuses on the European cattle sector.

The cost of genomic sequencing has been steadily dropping and at the same time, the required computing power and associated bioinformatics and statistical tools to deal with genomic data have markedly improved. This explains in large part the rapid uptake of genomics in the bovine sector and especially in dairy cattle, which substantially reduces generation intervals and therefore increases selection intensity. Genomic technologies thus open the door to a wider range of traits that have traditionally been used in breeding programmes, including complex traits such as resilience and efficiency. These are the traits being focussed on in GenTORE, which stands for: Genomic Management Tools to Optimise Resilience and Efficiency.

The increasingly fine-grained description of individual genomes will allow the genetic determinism of the many components of complex traits to be characterised from relatively limited numbers of animals (thousands rather than the hundreds of thousands traditionally needed). It, therefore, has the potential to determine key genes and the molecular products they encode and, thereby, identifying new candidate biomarkers for the major physiological mechanisms underlying, for example, resilience and efficiency.

Some of the significant challenges to deploying genomics on complex traits (disentangling correlated effects from causal genes, variation between breeds in genomic associations, etc) and applying genomic prediction across multiple breeds will be addressed in GenTORE. This will enable the use of genomics, not just in multiple breeds, but also in cross-breeding – an important innovation in the context where farmers can exploit the diversity of cattle breeds within their livestock systems. GenTORE will build on this possibility by developing tools to capitalise on the genomic information available to farmers. As the cost of genomic sequencing drops, it will become worthwhile to genotype females that are to be bred. This allows farmers to choose the bulls to use in artificial insemination, on the basis of achieving a better genomic match, that is reducing unwanted recessive genes and increasing favourable gene combinations.

Precision livestock technologies have for the most part been deployed for the detection of specific health events, such as the onset of disease or for detecting reproductive events, such as heat. As such, they have overwhelmingly been used for monitoring with almost no attention paid to their possible use for phenotyping, which is a major limitation of the current precision farming approach.

Precision phenotyping offers a huge opportunity for future research into complex traits and also for future breeding and management strategies. The key feature of such technologies lies in their providing high-frequency automated measures. High-frequency measures mean that instead of having occasional snapshots of an animal’s status, for example, when examined by the vet or farmer, we have access to the whole “movie”, to the evolving time-series of an animal’s status (for the given measure). This allows quantification of growth, production and other life function trajectories (body reserves, reproduction, disease resistance, etc.). This information can be used to allow farmers to rank their adult animals according to not only their production potential but also to their resilience, that is their probability of reproducing and of successfully completing the next production cycle.

GenTORE will use at-market and near-market precision livestock technologies to develop proxies for resilience and efficiency. For example, using the animal as its own control, we can characterise how the animal responds to environmental perturbations such as disease pressure and variability in feed supply, not just in production, but also in body reserves and in key indicators of health status. Before the advent of precision technologies, this type of phenotypic information was very difficult to obtain with any degree of precision outside of research farms. Indeed, the major limitation for genomics is in the precision of phenotyping of the reference populations, especially for complex traits. Thanks to initiatives such as GenTORE, the data needed to allow selection on complex traits will become readily available from far greater numbers of animals, on commercial farms in widely varying environments.

It is clear that considerable synergy will arise from aligning and then combining precision livestock and genomic approaches. Developing the use of data from on-farm technologies for precision phenotyping will bring these two sectors into alignment, with substantial benefits to both. This alignment will lead to improved operational definitions of traits such as efficiency and resilience and thus open up for quantifying the relative importance of these two traits in differing production environments. Achieving this will then provide a platform for combining information on the animals’ genetic make-up with time-series information on how it has been shaped by prior conditions, in the all-important context of the local production environment. Indeed, GenTORE is working to describe local production environments in terms of farming conditions, regional markets and the major environmental threats expected as the consequence of climate change. We expect to produce tools that help improve the sustainability of the European cattle sector by allowing on-farm breeding and management strategies to be tailored to the local production environment.

Given the central role of developing tools for end-users, a key criterion for the success of GenTORE is a continuing exchange with and dissemination to, a broad range of stakeholders. If you want to find out more, please check out www.gentore.eu. We are very keen to hear all of your opinions.

Acknowledgements: The GenTORE project receives funding from the European Union’s H2020 Research and Innovation Programme under agreement No. 727213.