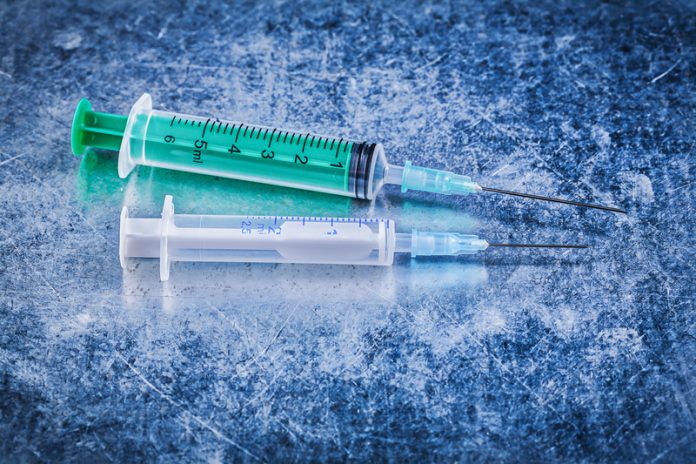 President and technical advisor of the PMMDA and Managing Director of Sumitomo (SHI) Demag UK, Nigel Flowers explores the bad press plastics has been getting since the airing of Blue Planet II, the impact of Brexit on industry standards and the reality of giving plastics up for good

Plastic pollution is far from a new complaint. Yet, it’s the environmental issue of the moment and public enemy number one. Rather than weighing in further on this debate and suggesting new ways to staunch the flow of plastic waste into our oceans, perhaps we should reflect on the impact if plastic left our world altogether.

What’s undeniable is the impact on modern day living would be considerable and certainly not as comfortable. We’re not just talking convenience packaging. Mobile phones, or any electrical device for that matter, would be virtually eradicated or uneconomical to produce. As the third biggest user of plastics, after packaging and construction, without it innovation would stall.

Examining the medical field, plastic has revolutionised patient care, increasing safety and making procedures simpler and faster to perform. Notably, plastics have contributed to a reduction in medical costs, infectious disease and improved pain management for millions of people.

Medical items we take for granted, such as disposable syringes, intravenous blood bags and heart valves are made of plastic. Disposable devices are proven to significantly reduce the risk of cross-infection among patients. Sterile plastic packaging and plastic medical disposables, in particular, contribute to keeping the rates of Staphylococcal infections low.

Modern-day prosthetic devices use high tech polymers to improve mobility for some 45,000 people in England alone. For those depending on prosthetic limbs, a number of components are now made from plastic to improve comfort and offer increased flexibility. Developments in 3D polymer printing technology will open the door to custom-made joints and limbs.

There are approximately 11 million people in the UK with hearing loss and by 2035, this is estimated to increase to 15.6 million people. Plastic remains a fundamental component of hearing devices and ear implants.

The UK is a nation of spectacle wearers, with over 70% of Britons now dependent on prescription glasses or contact lenses. In order to reduce the weight of glasses frames and lenses, plastic is now widely deployed. And for every disposable contact lens that’s manufactured, a bespoke mould is created by injection moulding.

By 2030, most vehicles on the road will be electric. This phasing out of conventional petrol and diesel vehicles will lead to a greater reliance on plastic, due to its light weighting properties.

Alternative materials continue to be developed and although we could potentially reduce our dependence on plastics derived from the fossil-based resource, right now bioplastics represents around 1% of the annual plastics production.

Making a real difference requires a joint effort that requires industry stakeholders, manufacturers, suppliers and consumers being better informed and educated about the challenges and having legislative and regulatory frameworks that actively promote sustainable development and supports innovation.

No need for double standards

As Brexit looms and the announcement of the EU plastics strategy eight weeks after the UK’s, the plastics industry is seeking assurance about what this means to standards, complexity and costs after we leave the EU.

Reassuringly, the positive impact on EU and international trade as a result of technical standards developed by CEN and CENLEC, are uncontended. They have levelled the playing field by reducing technical barriers, ensured safe equipment and reduced production costs by simplifying product complexity. Over 30 years, this single harmonised standards model has delivered significant benefits. As testament, a 2015 Cebr (1) report summarised that 37.4% of UK productivity growth in 2013 was attributed to standards.

So, what happens after Brexit? Currently, every standard developed by the EU under CEN/CENLEC is adopted in all 34-member countries as a local standard. The UK will need to continue to support this single standard model in addition to integrating international standards into UK law. Also, the BSi and the PMMDA will continue to represent UK industry and shape the development of standards at EU, ISO and IEC levels.

The development process for standards under CEN/CENLEC is a robust one. It comprises technical expert groups, observed by shadow groups of stakeholders, with each standard subject to peer and open review before publication. Published standards are also regularly reviewed by a technical body to ensure they remain valid and meet current technical realities.

To put the scale of this industry commitment into context, 2,700 standards were published last year, each one overseen by a technical committee comprising members from the 34 states. Given the extent of this workload, there is no rationale for redeveloping the standards for the UK. And if you factor in that industry experts volunteer their time to develop all the BSi standards, currently at 37,000, the time and costs associated with revising them for the UK would be unviable and an inefficient use of resources.

More importantly, this EU development model enables UK exporters access to European and international markets without technical barriers while ensuring that all equipment imported into the UK keeps our plastics workforce safe by meeting all essential health & safety requirements. When it works so well, why reinvent the wheel?

President and technical advisor of the Polymer Machinery,