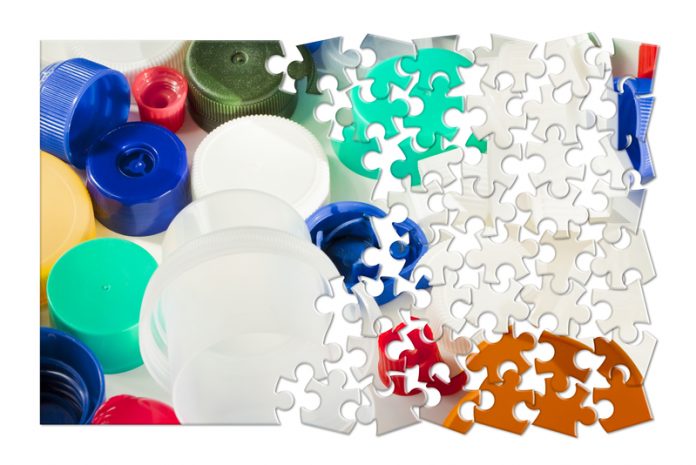 Mikael Hedenqvist, Professor at KTH Royal Institute of Technology provides a fascinating glimpse into research on the development of protein plastics

The polymeric materials division at the Royal Institute of Technology, has been doing research and development of protein plastics since the late 1990’s, often together with the group headed by Professor Eva Johansson at the Swedish Agricultural University, Department of Plant Breeding. There is an ever-growing need for plastics from renewable resources rather than oil, to reduce the amount of green-house gases produced, leading to global warming.

Using a renewable feedstock will minimise the “pollution”. Protein plastics are an interesting alternative, not the least since it is often a side-stream product (co-product or by-product) from an existing industrial process. By making plastic products (added-value products), especially from a by-product improves the effectiveness by which we use the natural resources and leads to a more sustainable society.

The sustainability improves even further if the additives put into the plastic are from a renewable resource. When it comes to renewable resources, proteins for plastics can be obtained from “food” plants (e.g. from soy, wheat, corn, oat, potato, pea) but also from non-edible sources (e.g. cotton and oil plants like Crambe Abyssinica and Brassica Carinata). Animal-based proteins are also alternatives for plastic production, refer to e.g. proteins from milk (casein and whey), connective tissues (collagen and casein), feathers and wool (keratin) and silk (fibroin).

Figure 1a shows some of the protein plastics we are or have worked with. Wheat gluten is among the proteins that forms the most cohesive material. Therefore, it has been used to improve the cohesion of other protein materials (Fig. 1a).1 Wheat gluten plastics can be made into many different types of products, including flexible films, foams and rigid solid 3D items. It can be coloured in all kinds of colours and made opaque or translucent. Proteins plastics are stiff and to obtain flexible products, these have to be plasticised with e.g. a natural sugar (keeping the whole product bio based).

The plasticisation will also make the material tougher. Glycerol is a large by-product from biodiesel fuel production and therefore available in large amounts. There are alternatives to glycerol (e.g. sorbitol) but it is hard to beat glycerol in terms of its effectiveness as a plasticiser.2 The rape-seed protein (rape seed meal/cake) is also available as a by-product from biodiesel production.3 Mixing it with wheat gluten and plasticiser leads to material that resembles PVC flooring (flexible but inelastic/dull). Crambe Abyssinica is a plant with oil seeds which is, based on its toxicity, inedible for both humans and animals.

We have shown that it is possible to extrude Crambe into films when it is combined with wheat gluten and plasticiser.1 Whey protein (by-product milk protein from the cheese production) is a protein that with plasticiser forms flexible films with good cohesion.4 If it is a high protein purity grade (whey protein isolate) the films are fully transparent. To reduce the price films can be made with lower protein purity, but the films will be less transparent. For the lower purity grades, there is also a distinct smell of cheese.

Wheat gluten with its high cohesion is perfect for foaming (refer to bread-making). Hence foams are easily obtained with this protein.5 Our freeze-dried foams have both closed and open cells and can be either rigid or flexible (with plasticiser). With different additives, the strength can be increased (e.g. with bacterial cellulose nanofibers), the foams can be conductive (using nano-sized carbon black or carbon nanotubes).6 Soft conductive foams can be used e.g. to provide protection for static sensitive devices. The foams can also act as sponges (absorbents) with a large uptake of both polar and non-polar liquids.7

The research in the field of bio based composites is extensive. To preserve a fully bio based material both the matrix and the reinforcement should be obtained from a renewable resource. We have shown that it is possible to obtain flexible films with improved strength and fracture resistance by combining a plasticised protein plastic (wheat gluten) with a flax fibre weave (Figure 1b).8

To conclude, there are many possible applications for protein-based plastics and even though they are moisture sensitive, for more demanding environments (high moist conditions), they can be prepared with antimicrobial agents (in the same way as wood is for certain applications).

To preserve rigidity in e.g. water, the proteins can be crosslinked. The protein plastics constitute in several ways a material group by itself, it is not a classical thermoplastic since the properties change somewhat after each thermal treatment, with plasticiser it resembles an elastomer or a duller material, similar to plasticised PVC, at high protein aggregation/polymerisation the protein turns into a thermoset.

Dept. of Fibre and Polymer Technology

School of Engineering Sciences in Chemistry, Biotechnology and Health