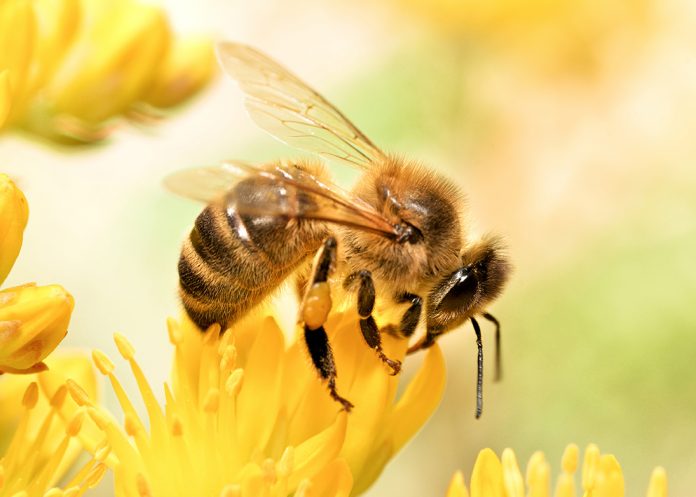 Managing the health of the honey bee is integral to the agriculture sector. Here Elke Genersch from the Institute for Bee Research explains further

In recent years there has been growing awareness of the relevance of insect pollination for the preservation of intact ecosystems and biodiversity but also for a profitable agriculture. By now it is widely accepted that the observed declines in the richness of species, as well as the numbers per species of pollinating insects, are of concern to human society as a whole. Among the threatened pollinators are “bees” in general, meaning solitary bees like carpenter bees and mason bees, as well as eusocial bees like stingless bees, bumblebees, and the honey bee. Most of the global honey bee population is managed by humans (beekeepers) in order to harvest honey and other bee products. These managed bee colonies are also versatilely used in agriculture to increase yield and the quality of many crops and fruit. Therefore, honey bees have a good lobby comprising both the beekeeping and the agricultural sector. Therefore, the increasing problems with honey bee health and colony losses in recent years received the attraction it deserved, and thus also helped the case of the other pollinators at risk.

The fact is that in contrast to many other bee species honey bees are not facing a global population decline. Quite the contrary: The number of managed honey bee colonies has been steadily increasing over the last 60 years on a global scale. However, it’s also a fact that we are confronted with a forever growing gap between pollination demand in agriculture and pollinator supply, because the increase in the number of managed honey bee colonies did not and still does not keep up with the increase in cultured crops and fruit, depending on insect pollination. It’s also fact that there are soaring problems with honey bee health and with colony losses in particular, due to diminishing honey bee health which exacerbate the dire situation caused by insufficient pollinator supply. Therefore, honey bee health – or the other side of the medal: honey bee diseases – are at the core of the problem of pollinator shortage and improving honey bee health by developing sustainable measures against honey bee diseases will solve a big part of this pressing problem.

Although considerable knowledge has been acquired to date about bee diseases we are still far from understanding these diseases and the causative pathogens. This situation has to be changed. We urgently have to acquire a level of knowledge and understanding of honey bee diseases comparable to the one we have with human infectious diseases. Only then will we be able to save the bees. In 1906, hence, more than a century ago, the US American bee scientist George F. White already noted: “In order to combat a disease to the best advantage it is clear that its cause must be known, as well as the means by which the infection is transmitted and the environmental conditions which are favorable for the breaking out of an epidemic.”

This notion is still valid and its content is quite trivial: If you want to combat a disease you first need to identify the causative agent and then you have to unravel its weapons, its strategy, and its tricks. That’s exactly what we at the Institute for Bee research are doing in the field of the infectious diseases of honey bees. In order to cover the entity of honey bee pathogens, i.e., viruses, bacteria, fungi, and metazoan parasites, with our research, we chose to work on model pathogens for each class. Thus we are working on:

Our work on DWV and V. destructor considerably contributed to understanding the triangular relationship between DWV as a viral pathogen, V. destructor as mite vector of DWV, and honey bees as a host. Our work was seminal to realise the relevance of the mite as biological virus vector and to recognise that the symptoms of what was called varroosis and originally considered mite inflicted, were actually due to the activity and virulence of mite transmitted DWV infections.

Our work on P. larvae started more than 10 years ago by correctly classifying this bacterial pathogen and by demonstrating that differentially virulent genotypes of the etiological agent of AFB circulate in the global honey bee population. Meanwhile we are deciphering the molecular aspects of the pathogenesis of AFB by identifying and functionally characterising virulence factors of P. larvae. Prerequisites for this work are, that we succeeded (i) in obtaining high quality genome data of different P. larvae genotypes, which enabled us to perform comparative genomic analyses and (ii) in establishing protocols for the genetic manipulation of this fastidious bacterium. Our understanding of the pathogenic strategies of P. larvae progressed in such a way over the last decade that we expect to be able to develop alternative diagnostic and control strategies for this detrimental brood disease, based on our results quite soon in the future.

With N. apis and N. ceranae we started to work only recently. But we already achieved a lot. We established a cell culture model for these fungal parasites which constitutes the first cell culture model ever for a honey bee pathogen. Based on this model, we developed a medium throughput screening assay for substances inhibiting the growth of this parasite. This assay revolutionised the screening for anti-nosemosis drugs and already resulted in the identification of 2 substances inhibiting Nosema spp. proliferation in cell culture.

Despite all these achievements in the field of molecular bee pathogen research, we still have a long way to go to provide sufficient knowledge on bee pathogens which might ultimately save the bees and also help other pollinators. But we are eager to continue and we are curious of what our future research will unravel.