There’s no denying the COVID-19 pandemic has pushed lung health to the front of all of our minds and has shone a spotlight on the devastating impact that respiratory conditions can have. But it has also shown us the importance of building back healthier, and more resilient societies that can better withstand future health scares.

That’s why at Asthma UK and the British Lung Foundation, we are fighting for a world where people’s health and future prospects are not damaged by the air they breathe. Just as no one should have to drink dirty water, we believe that no one should be forced to breathe dirty air.

Air pollution is a health emergency and the single biggest environmental threat to human health that we face today. The evidence of its dangers is overwhelming. We already know that it contributes up to 36,0001 premature deaths each year and places a huge burden on the NHS, with evidence linking spikes in toxic air to increased hospital admissions. The estimated annual cost to the UK economy is a staggering £1.6 billion2.

Last year, for the first time in the world, air pollution featured on the death certificate of Ella Kissi-Debrah, a young girl from London with severe asthma. The landmark ruling found that not enough was done to protect her.

It is scandalous that decision-makers have known about the dangers of this invisible killer for decades, yet still far too little is being done to protect people. Actions to tackle it are often side-lined or delayed, as we have seen with the Environment Bill – a new piece of legislation that the government could be using to commit to world-leading clean air targets. The Bill was delayed again in February 2021, and we are yet to see any commitment to these life-saving targets.

The report also exposes the scale of the UK’s toxic air crisis and shows how it is unfairly impacting higher risk groups. This includes people living with a lung condition; pregnant women; children; older people and those living on the lowest incomes.

No one should have to protect themselves from the air around them, yet our report found 59% (around six million) of people aged 65 and over in England are living in areas where particulate matter pollution (PM2.5 ) is dangerously high.

Air pollution is bad for everyone, but for older people who are more likely to suffer from lung disease or have weakened lungs from ageing, exposure can put them at immediate risk of breathing difficulties or can cause flare-ups of existing conditions, such as asthma and COPD, which can be life-threatening.

Exposure to high levels of PM2.5 can also increase people’s chances of developing lung cancer, cardiovascular disease and even dementia. It is, therefore, worrying that older people are being exposed to high levels of air pollution in places where they should feel safe.

Our report found that over a quarter (26%) of all care homes in England are located in areas that exceeded air pollution limits recommended by the international experts at the World Health Organization (WHO).

Furthermore, nearly 3,000 medical centres in England (37% of all GPs and 29% of hospitals) were also in areas with dangerously high levels of toxic air.

While there are no safe levels of toxic pollutant PM2.5 , the WHO recommends that concentrations should not exceed 10 μg/m3. The current legal limit for PM2.5 in the UK is 20 μg/m3, twice the limit recommended.

In towns and cities across the UK, traffic emissions are a large source of PM2.5 particles, which are so small, they can penetrate the walls of the lungs, entering the bloodstream. These particles have been found in many organs from the brain to the placentas of expectant mothers.

We are calling for a National Health Protection Plan:

Until policies deliver cleaner air in the UK, it is the responsibility of governments to put plans in place to safeguard people.

That’s why we are calling on the government to produce, without delay, a National Health Protection Plan for England, overseen by a newly created air quality minister to safeguard those most at-risk as well as commit to stronger air quality laws.

This plan should include training for health professionals and an alert system that tells the general public when air pollution is going to be high and which directly informs care homes, medical centres and schools so that those most at risk can protect themselves from harm.

We are also calling on the government to set out stronger clean air laws in line with WHO recommended guidelines, with commitments to meet these targets by 2030 at the latest. A full breakdown of the recommendations can be found within the report.

Change is in the air

As the leading respiratory charities, it is our mission to inspire change so that one day, everyone will be able to breathe clean air with healthy lungs. A big part of what we do is empowering people to get involved in campaigning for clean air on a national and local level.

Our new Clean Air Hub provides a one-stop-shop for anyone with an interest in air pollution and it also features our latest government petitions which are quick and easy to sign.

The Hub also features a new interactive tool that people can use to check pollution levels at care homes, medical centres, and schools in their area. 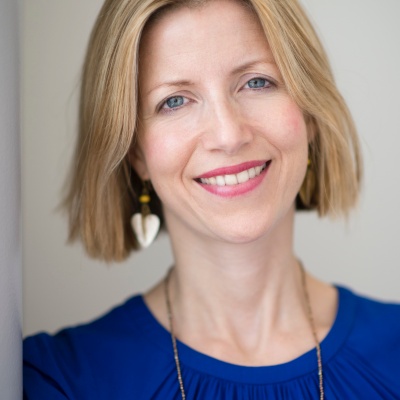