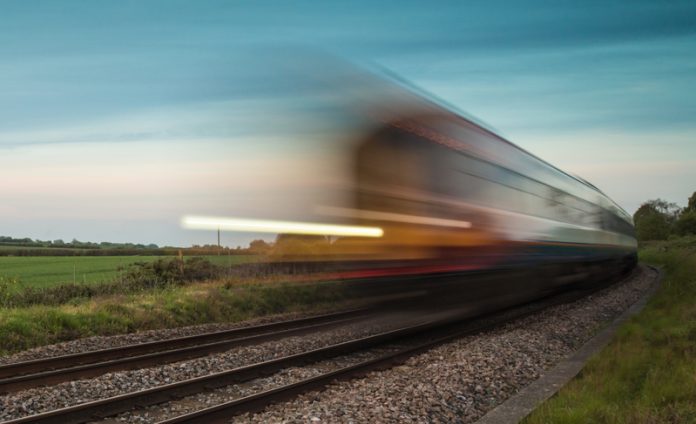 The milestone contract signing was for the first phase of the project which will see the delivery of tunnels, bridges and earthworks to the project.

Companies involved in the project were revealed last month by the Department of Transport and include SCS JV, Align JV, CEK JV and Balfour Beatty VINCI.

The HS2 project to create a line from London to Birmingham is expected to create and support 16,000 jobs across the UK. It is said to be the biggest investment in the UK’s transport infrastructure since the building of the motorways.

“The contracts we sign today will provide much needed extra capacity and connectivity between our major cities, but it will also unlock huge opportunities for new jobs, homes and economic development and start to rebalance our economy,” he added.

Work to begin on each section of the line

A team made up of Skanska, Costain and STRABAG (SCS JV) is to build the first section of the route, which is a tunnel between Euston and Old Oak Common and onwards towards Northolt.

Align JV a team made up of Bouygues, VolkerFitzpatrick and Sir Robert McAlpine will build the next stage, including Colne Valley Viaduck and Chilterns Tunnel.

The largely rural stages between the Chilterns Tunnel and Long Itchington will be built by a team made up of Carillion, Eiffage and Kier (CEK JV).

The final stages of the route, which takes the line north past Birmingham Airport and into new Curzon Street station, will be completed by a team made up of Balfour Beatty and VINCI.

Transport Secretary Chris Grayling announced the £6.6 billion worth of contracts for phase one of the project in July, stating that it was a “hugely important step in the construction of Britain’s new railway”.

“As well as providing desperately needed new seats and better connecting our major cities, HS2 will help rebalance our economy,” he added.