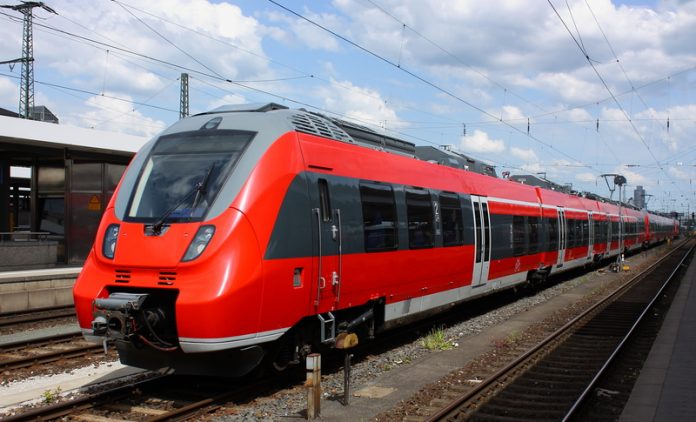 Hydrogen fuel cells are gaining recognition as an eco-friendly way of generating power; avoiding the use of fossil fuels, producing zero carbon dioxide emissions and offering some distinct benefits over rechargeable batteries too.

In the rail industry, hydrogen-powered trains could lead the way in green transport. However, for these futuristic trains to run on European rail networks, further innovation and investment is needed, along with a strong commitment from individual governments.

Indeed, to help cut pollution and promote cleaner fuels, the UK government has recently introduced plans to phase out the use of diesel trains by 2040. Rail experts are in no doubt that the decision to phase out these units and use alternative power will revolutionise rail transport. Whilst this deadline may seem some time away, the industry knows that it needs to start planning now because the lifespan of many diesel trains will expire before 2040.

There is understandably some debate as to what will replace diesel-only trains. Due to its cost and delays, the further electrification of the UK rail network is not considered to be a viable option. The sustainability of bi-mode diesel and electric technology is also being questioned because these trains have been found to emit higher emissions than previously expected.

Although trains powered by rechargeable batteries would create zero emissions, it seems that hydrogen trains powered by hydrogen fuel cell technology have become a favoured option. In fact, both the Transport Secretary, Chris Grayling and the Transport Minister, Jo Johnson have shown their support for the technology and have cited it as a reason for cancelling some of the UK’s rail electrification schemes.

For many years, the prospect of creating hydrogen-powered trains was a technological pipedream. However, now it is actually happening. Successful trials have proven the use of hydrogen fuel cell technology to power trains and orders for hydrogen trains are being placed. Since trialling its Coradia iLint hydrogen trains in Germany, Alstom UK is now working with Eversholt Rail to deliver a fleet of Class 321 train units, converted from electricity delivered via overhead wires, to run on hydrogen. These are due to be brought into service in 2021-22.

Some industry onlookers may be surprised to hear that the UK’s rail strategy is leaning towards hydrogen fuel cells when so much cross-sector dialogue is focussed on rechargeable batteries. Indeed, European patent filing data shows a huge surge over recent years in the number of applications filed for rechargeable battery technology, with over 800 filed annually since 2013. In contrast, the number of applications relating to hydrogen fuel cell technology has remained at around 200 to 300 per year.

However, whilst rechargeable battery tech may be suited to automotive vehicles, its application in the rail industry is more limited. Load and range continue to be issues for heavier trains completing longer journeys, recharging batteries at regular intervals is impractical. Hydrogen is able to match the performance of diesel because of its high energy density and it is the fuel of choice for longer journeys and heavier loads, with a range of up to 800km and top speed of 140km/h.

Nevertheless, numerous challenges with hydrogen trains still need to be addressed. An important question remains about the viability of hydrogen-powered trains in the freight sector. Freight rail transport is the lifeblood of the economy and as yet, it is not fully clear whether hydrogen trains will be able to provide the pulling power for moving heavy goods along the length and breadth of the country. So, having already demonstrated its suitability for passenger transport, innovators are now rightly shifting their focus to developing hydrogen fuel technology for heavy freight.

There are also some barriers to market, especially in the UK, which need to be overcome. These mainly relate to the production of hydrogen and the refuelling infrastructure needed to support the hydrogen trains on the rail network. Under the guidance of The Hydrogen Council, energy and transport experts are working together and have committed substantial investment to tackle these issues.

Hydrogen fuel cells use hydrogen and oxygen to produce electricity. While the oxygen needed for the fuel cell can be drawn from the environment, hydrogen fuel must be brought onboard. This is produced using a process known as electrolysis, which in itself is inefficient and energy-intensive. Traditionally, electrolysis plants were powered by electricity generated through fossil fuel combustion, however, there is a global drive to improve the efficiency of the electrolysis process and produce hydrogen more sustainably. Research organisations and innovators are working towards developing more efficient production methods and success has been reported. Additionally, there are now production plants which run completely off solar or wind power – meaning that the hydrogen being produced is a zero-carbon fuel.

For the moment, it seems that hydrogen fuel cells hold the key to powering the trains of the future. Their suitability for propelling large traction engines with high-range capacities means they are well-suited for use on the rail network. However, as with all emerging technologies, there are still issues to be ironed out and now is the time for the industry, innovators and governments to step up to the challenge.