Henri Sant-Cassia from CBD Virtue turns the spotlight onto industrial hemp, a part of the cannabis sativa family

Hemp is quietly becoming one of the key components in the exploding cannabis industry wordwide. Less hyped than CBD, medical cannabis and recreational marijuana, it is now having the spotlight turned on it due to the sheer volume of possible uses, its environmental benefits and the sheer scale of global production.

Industrial hemp is part of the cannabis sativa family. It has its own medical benefits and is used in a vast range of products, as well as being the base ingredient in many cannabinoid supplements. Like CBD it is non-psychoactive and will not produce a high.

From the traditional uses in rope, paper, clothing, construction materials and biofuel, it is now increasingly being turned into organic cosmetics, health foods and nutraceuticals. Hemp tinctures, creams, balms, lotions and tablets are now available alongside the traditional packets of seeds and ground hemp seed powders which have been used as remedies for centuries.

Hemp-based flour for baking, packaging, compost, even bedding is now being produced. Hemp fibres are said to be the strongest natural fibres in the plant world and a lot of things which have traditionally been made from cotton or petroleum derivatives can now be made from hemp.

Hemp is also useful to farmers as a rotation crop that prevents soil erosion, absorbs carbon dioxide and removes toxins from the land. It is hardy, easy to grow, isn’t fussy about climate and has high yields. Compared to cotton or petroleum it has clear environmental benefits and uses fewer resources. It is being promoted as a viable green alternative across the globe.

Demand for hemp is surging globally. By 2026, it is estimated the global market will be worth $13 billion. The two major producers of hemp are China and Canada, with giant commercial farms and massive factories for processing plants and creating extracts.

Today, large-scale hemp production is spreading with the U.S. catching up fast and regions from Lesotho in Africa to Colombia in South America setting aside land for farming. A boom similar to the palm oil boom is underway, which has raised the spectre of overproduction and pricing slumps.

The rise in demand is typically attributed to these new types of health- focussed products and a global movement to find healthcare solutions which do not rely on pharmaceuticals. Hemp oils and supplements are growing in popularity.

Hemp seeds are a fantastic source of protein and amino acids, including arginine which has noted benefits for cardiovascular health. For vegans and vegetarians, hemp seeds are a popular way to supplement dietary protein levels. They are a good source of vitamins, including vitamin E, B vitamins, zinc, iron, potassium, phosphorus and folate, amongst others. They are also rich in the fatty acid Omega 3 and rich in fibre.

If hemp is consumed in sufficiently high concentrations it can act as an anti-inflammatory. Tests on animals have shown it can have a noticeable effect, but human trials have been inconclusive. In fact, we should be cautious about attributing too many direct health benefits to hemp seeds or hemp oil. Results are dependent on the amount consumed.

For example, industrial hemp does contain some CBD, the cannabinoid which is making headlines everywhere for its numerous medicinal properties, but levels are typically very low. Equally, while arginine is helpful for heart health, it needs to be consumed in sufficient amounts, so a few hemp seeds won’t do much. There are some claims and early clinical evidence that hemp could help treat atopic dermatitis (AD), acne and arthritis, but there are no conclusive scientific studies yet. For now, it remains a healthy dietary supplement with a lot of untapped potential for the future.

Industrial hemp is also used in the production of cannabinoids. Typically the plant has relatively small amounts of CBD and other cannabinoids like THC compared to other species of cannabis. However, by processing a lot of plant matter it is possible to produce concentrated extracts. Many experts believe this kind of harsh extraction can damage the cannabinoid molecules and purists prefer cannabinoids produced from special non-hemp varieties of cannabis sativa with higher cannabinoid levels which can be extracted gently.

There is also a danger that because hemp is such an efficient bio absorber – pulling out heavy metals and toxins from soil – that edible products made from hemp will be contaminated with poisonous substances it has absorbed while growing. Buyers need to check for proper safety and test certificates that show products are pesticide, heavy metal and toxin-free. 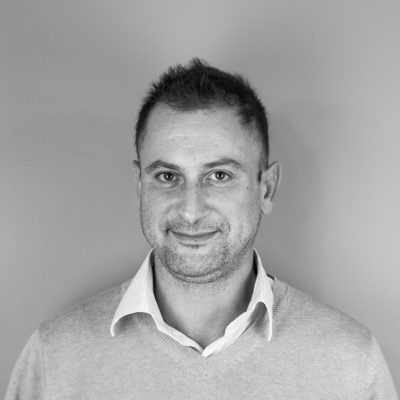