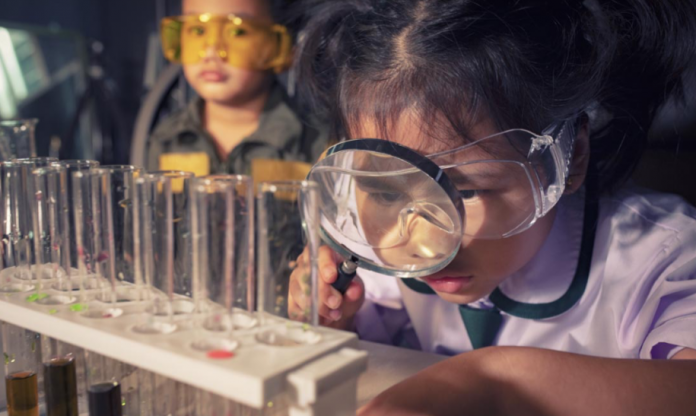 Open Access Government charts the priorities of Professor the Lord Ara Darzi of Denham, the President of the British Science Association, as he encourages future scientists to be bold, innovative and boundary-breaking

Funded by a mix of grants, sponsorships and donations, the British Science Association (BSA) is a charity with the vision to help create a world where science is at the heart of culture and society. BSA’s mission is to transform the diversity and inclusivity of science; to reach under-served audiences and increase the number of people who are actively engaged and involved in science. “By unlocking the potential of a more diverse group of people, we increase our ability to tackle some of the world’s biggest challenges and shape our future for the better,” it is outlined on their website.

In September 2020, Professor the Lord Ara Darzi of Denham took up Presidency of the British Science Association, hoping to use his role to help influence the next generation of scientists to see the benefit of crossing boundaries, not just between scientific disciplines but also into policy. This is particularly important today, as it is a turbulent and fractious time for science and science policy, with the current global COVID-19 pandemic. Lord Darzi has called for a much-needed shift in the relationship between the scientific community and policymakers:

“Britain is a science superpower but at times the relationship between the scientific community and politicians has been strained. We need a “relationship reset” as we enter the next phase of the battle against COVID-19 to build a stronger partnership of mutual trust and respect. There is a moral imperative for scientists to engage with policymakers – and moral duty for politicians to listen to and act on what they say. We should be clear that scientists advise, but ministers decide.”

Some ways to help improve this consist of:

• More transparency from politicians regarding the evidence they use for decision making.

• Ensuring that evidence will always be made public, thus subject to proper scrutiny and peer review.

“Science is there to create value; health value, contributing to our economy, and also social and environmental,” he added.

A next generation of scientists

“My message for new and upcoming scientists is to be bold, leave your comfort zone, cross boundaries, have self-confidence, and do the right thing. If you want to make a difference, look to impact policy – you need to seek buy-in from those who hold the keys to the funding and decision-making,” stated Lord Darzi in his Presidential Address towards the end of 2020.

Inspiring children, young people and upcoming scientists is a huge part of BSA, and a recent study (commissioned by BSA) has revealed that nine in ten children want to play an active role in tackling the biggest issues facing society and ultimately, changing the world. However, as they grow older, children are losing faith in their ability to do so. To help combat this, this year’s British Science Week offers support in motivating “Generation Science” – the next generation of children who will shape solutions to some of society’s most entrenched issues from the climate crisis to pandemics.

According to the research, children have been spurred on by major world events such as COVID-19 and the climate crisis to make a difference to the world, with one in five children being interested in careers in tackling climate change, and almost a quarter (23%) wanting to explore careers related to solving medical emergencies and pandemics. This needs to be fostered, showing children today how important, interesting and accessible science is, and how it plays a vital role in everyday life.

President Lord Ara Darzi of Denham was born in Iraq to Armenian parents and has said that his other top priority in his year-long role at the BSA in 2021 is to promote greater diversity at the top of science, as well as across disciplines and levels. “I want to see a more diverse science community, with more women, more people from ethnic minorities, and more people from socially disadvantaged backgrounds,” he stated.

Some recent examples of BSA echoing this sentiment are the 2021 Smashing Stereotypes Campaign which encourages STEM employees and researchers to share stories of their day to day work, showcasing the diversity of the STEM workforce, the broad range of jobs and careers available, and that scientists can be from any walk of life. This also coincides nicely with the overarching theme of this year’s British Science Week: “Innovating for the Future.”

“Diversity is vital so that we get the best talent – but also so we get the most creative and innovative research because that’s how you get fresh ideas,” added Lord Darzi. It is clear to see that BSA recognises the importance of inspiring a next generation of creative minds for science from all walks of life.