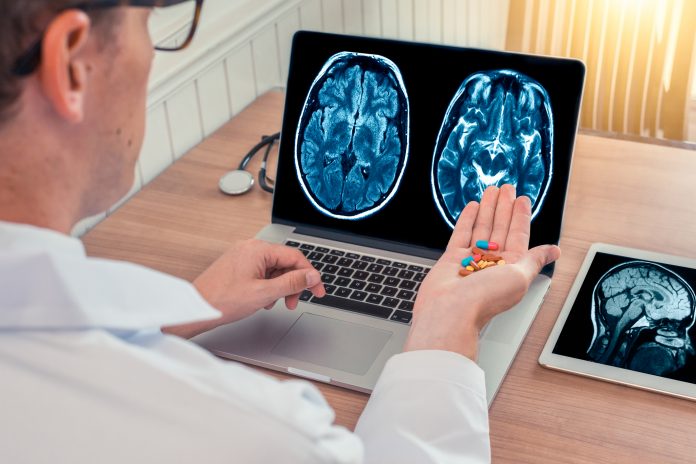 Prof Dr Regina Fluhrer, from the University of Augsburg, explains how intramembrane proteases have been implicated in the emergence of neurodegenerative diseases

Neurodegeneration is characterised by a progressive loss of neurons being the hallmark of a variety of neurodegenerative diseases, including Amyotrophic Lateral Sclerosis, Parkinson’s disease, Alzheimer’s disease and Huntington’s disease.

Despite extensive research efforts, the molecular mechanisms of neurodegeneration are still not comprehensively understood, and the corresponding diseases are incurable.

In recent years intramembrane proteases have been implicated in emergence of different neurodegenerative diseases. This intriguing protease family cleaves its substrates in the plane of cellular membranes (read more in the October 2018 edition of Open Access Government), either degrading their substrates or releasing protein fragments capable of transferring signals across membranes (read more in the January 2019 edition of Open Access Government).

Its partners in this complex, which is termed γ-secretase, are the proteins nicastrin, Aph-1 and Pen-2. Only if all four partners assemble correctly, presenilin is active and cleaves its substrates, among them the β-Amyloid-Precursor Protein (APP), which harbours the β-Amyloid peptide found to aggregate in brains of Alzheimer’s disease patients. Before APP is accessible to γ-secretase it needs to be cleaved by an independent protease in its extracellular domain, which is thereupon secreted.

In principle, two proteases can mediate this initial cleavage. If α-secretase, represented by ADAM10, cleaves APP, the β-Amyloid peptide is destroyed, and γ-secretase liberates a peptide that is not aggregating (non-amyloidogenic processing). If β-secretase, represented by BACE-1, cleaves APP, the subsequent cleavage by γ-secretase liberates the β-Amyloid peptide (amyloidogenic processing) (Figure 1). The cleavage of APP by γ-secretase, is not precise, but liberates β-Amyloid peptides of different length. This results from multiple-cleavages of presenilin in the transmembrane domain of its substrate. A phenomenon that is also observed for other intramembrane proteases and commonly referred to as processivity.

However, so far, all candidate drugs tested in clinical studies failed to improve the disease. Although this is disappointing, it is unjustified to dump presenilin as a drug target at this stage. All clinical trials relied on patients that already suffered from at least mild cognitive impairment, but changes in neuronal metabolism occur long before clinical symptoms can be observed. This implies that β-Amyloid reducing therapies must be applied even before patients are diagnosed with dementia and in turn requires the identification of valid biomarkers that allow a reliable diagnosis of Alzheimer’s disease at a very early stage.

From basic research we also know that, similar to other intramembrane proteases, presenilin cleaves an extensive spectrum of substrates, among them the NOTCH receptor (read more in the January 2019 edition of Open Access Government), explaining why γ-secretase inhibition failed due to serious side effects.

Moreover, another family of aspartyl intramembrane proteases, the SPP/SPPL proteases, shares its active site architecture with γ-secretase, and it is known that drugs targeting γ-secretase can also affect this protease family. However, physiological function and substrate spectra of SPP/SPPL proteases have just recently began to emerge (read more in the January 2019 and April 2019) editions of Open Access Government).

Furthermore, the biological function of PARL in mitochondria has not been unravelled and its whole substrate spectrum has just begun to emerge, which averts the prediction of potential side effects that may be caused by PARL inhibition.

Accumulating evidence indicates the neuroinflammation, which involves microglia, contributes to the pathogenesis of multiple neurodegenerative diseases. In the peripheral immune system, which includes all players of the immune system outside the brain, intramembrane proteases take on important tasks (read more in the April 2019 edition of Open Access Government). Future studies will bring to light whether this holds also true for microglia, the representatives of the immune system in brain.

From the discovery of the first soluble proteases it took almost 150 years before the first protease-targeting drug entered the market. But today protease-targeting drugs are indispensable in treatment of several diseases, among them HIV, cancer and hypertension. Since intramembrane proteases were discovered only about 20 years ago, it is not surprising, that at present no drugs targeting these enzymes are available.

Nonetheless, it is undisputed that intramembrane proteases contribute to important cellular pathways, which upon malfunction cause severe diseases, like neurodegeneration. If sustained and unbiased research approaches continue to better understand these enzymes and their physiological function, I am convinced that they will become valuable drug targets, not only for treatment of neurodegenerative diseases but also other, so for not curable diseases, way before another 150 years have passed.