Makoto Suematsu, President of the Japan Agency for Medical Research and Development (AMED) details the challenges around global data sharing for orphan diseases

Japan Agency for Medical Research and Development (AMED) was launched in April 2015 under the robust initiative of Prime Minister Shinzo Abe the Cabinet Secretariat in Japan to fast-track medical research and development (R&D). Among the nine pillars of medical research fields in AMED, those in which we are changing for global data sharing today are rare diseases and human genetics and infectious disease research. In these research areas, data sharing among different countries is indispensable for saving the lives of patients and communities.

When it comes to rare and undiagnosed diseases, data sharing plays a vital role in ensuring a correct diagnosis for patients. There are generally two categories of patients who suffer from diagnostic odyssey under undiagnosed states: 1) Unknown and ultra-rare diseases that are not mentioned in any articles or textbook and; 2) Known diseases (including what many countries designate as intractable diseases and conditions only known for their syndrome names), which are so difficult to detect that patients remain largely undiagnosed. From the viewpoint of undiagnosed patients, however, the two categories are practically the same. With intractable diseases, very few definitive treatments have been established, so physicians working in isolation have little chance of preventing the deterioration of symptoms or of mitigating patients’ pain, therefore, cooperation with patient support groups, pharmaceutical companies and those in diverse other fields is essential.

Of particular importance is data sharing across national borders. To deal with rare and undiagnosed diseases, it is critical to empower international cooperation to build data and knowledge bases to get as much patient data as possible registered. It is also necessary to constantly accumulate and update data on patients’ age, symptoms, pathogenic gene variants and addresses to contact physicians who take care of patients and families. Such efforts not only help speed up diagnosis but also provide valuable information to pharmaceutical companies developing cures and the fruit of their research can be delivered more quickly to patients. Based on the premise that all patients have the right to participate in clinical research and trials, the present authors believe a data sharing platform must be established that will help researchers analyse patients’ data from multiple perspectives, including those of science, bioethics, R&D feasibility and pain mitigation (which is the primary concern of patients). The collected data should facilitate and reinforce R&D efforts by cooperating pharmaceutical companies and ventures.

Undiagnosed Disease Program (UDP) was first started in NIH Hospital by Dr William Gahl, who has expanded the idea to UDP-International. Japan has a half-century history of rare disease (NANBYO) researchers but a domestic network never existed. AMED launched Initiative on Rare and Undiagnosed Diseases (IRUD) during October 2015. From the start, AMED aims to build up a data-sharing network which covers Japan and today, consists of 438 hospitals that includes not only major university hospitals but regional core children’s hospitals.

To accelerate accumulation phenotypic information, together with gene variant data into the data and knowledge base, IRUD Exchange, AMED made contracts with institutes in which researchers with accepted proposals belong to, so as to share a policy of “no share, no budget.” Besides publication lists, AMED is now checking track records which show how individual researchers and their groups contribute to submitting the data necessary for precise diagnosis to IRUD Exchange and those indicating the number of rare disease patients whom the diagnosis was provided for. As a result of efforts paid by all IRUD participants, more than 10,000 rare disease patients’ data were stored in IRUD Exchange and now available in Matchmaker Exchange, which includes U.S., Europe and Australian data but not Asian data before us.

The four principles of bioethics (respect for autonomy, non-maleficence, beneficence and justice) must be duly observed and comparable weight should be given to the protection of privacy. Under given conditions, however, global data sharing in order to find out new patients, as many as possible over the world, is the first step to establish a global registry system for patients with orphan diseases which I dream of. 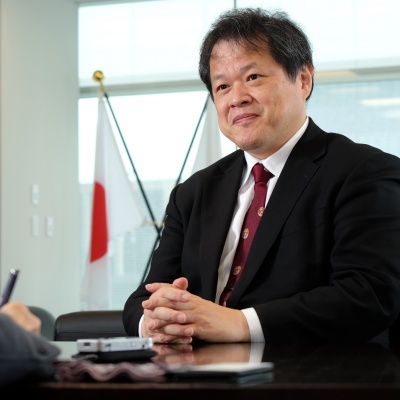