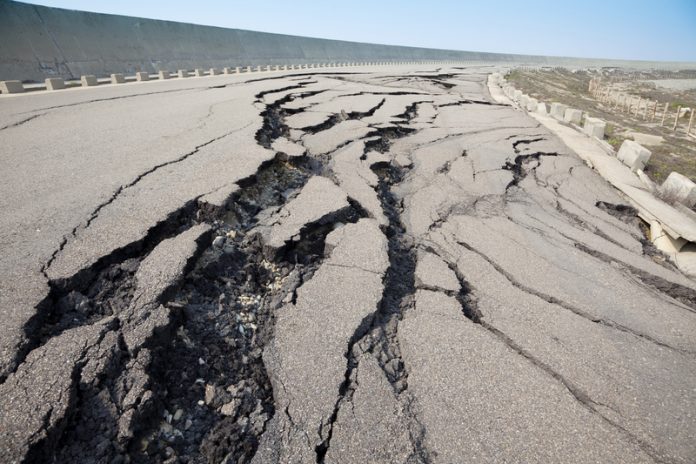 Catastrophes such as earthquakes are the end point of processes that have started much earlier. Previsions are based on models, and reliable measurements are necessary to validate models. In principle, very sensitive instruments could record how small changes are evolving. This is not an easy task since very high sensitivity, long-term stability, high duty cycle, large dynamical range and fast response are required altogether. Especially long-term stability, which is difficult to obtain with very high sensitivity instruments.

Large frame ring lasers fulfil all the above requirements. Ring lasers in general measure absolute angular rotation rates and smaller devices are widely used for navigation. At present a few large frame ring lasers are operating, mainly in Europe, the Gross ring G at the geodetic observatory of Wettzell, ROMY array for geophysics near Munich, and GINGERINO inside the underground laboratory of Gran Sasso in Italy. They are directly attached to the surface of the Earth and routinely detect very small signals down and below pico-radiants per second. Being inertial sensors they measure the Earth’s rotation rate and any variations with very high precision. GINGER is a project designed for fundamental science, to measure the Lense-Thirring effect of general relativity on Earth.

This measurement is very challenging. In the last 7 years, a group of scientists in Italy have developed models for the deep comprehension of the instrument, and very carefully identified the key specifications to design the experimental apparatus. Tools and a suitable strategy to detect the tiniest signals have been investigated. GINGER has been designed for fundamental physics, but being attached to the Earth it would be able to detect the tiny signals of the Earth, like the geodynamic of the crust, local earth deformations, non-volcanic tremor (NVT), and slow earthquakes. It is very ambitious, as are most of the experiments in fundamental physics, but it has all the characteristics to operate as a geophysical observatory and to monitor variations of the Earth’s rotation rate.

Last but not least the apparatus is rather small, and several apparatus could be distributed on top of the Earth’s surface, the confrontation between different stations will be very meaningful. GINGERINO is the prototype built inside the underground laboratory of the Gran Sasso, and has tens of pico-rad/s sensitivity, but at the same time, it has recorded a strong signal of the nearby earthquake of Visso (M6.9), a million times larger than its floor sensitivity.

GINGERINO has shown us the advantage of being in an underground location. It runs unattended for months, the natural thermal stability of the cave and the isolation from environmental perturbations guarantees high duty cycle and a fast response. Gyroscope based on ring lasers is now a mature technique and it could be at the base of a geoscience and fundamental physics observatory.

The high sensitivity ring laser community is a very small one, it is highly interdisciplinary and it brings together theorists of general relativity, experts in laser and optics, metrology, geodesy and Earth science.

Dr Angela D. V. Di Virgilio is the leader of the research group in Italy, She has proposed the GINGER project, and in the past, she has actively participated in the pioneering work to develop the gravitational wave antennas.