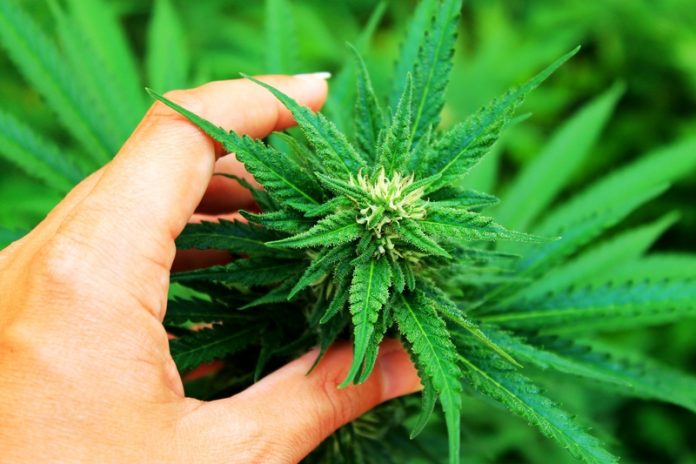 Board Member for Canadians for Fair Access to Medical Marijuana (CFAMM), Peter Thurley, shares his views on medical cannabis advocacy and education issues

Canadians for Fair Access to Medical Marijuana (CFAMM) is a patient-run medical cannabis advocacy and education organisation that began when founder and outgoing Executive Director Jonathan Zaid ran into access barriers in obtaining his legal medicine. Suffering with a condition known as new daily persistent headache (NDPH), Zaid found that of the myriad of options offered by various doctors, only cannabis provided him with the relief he needed. Instead of taking away his ability to function (a recurring criticism of cannabis-use), it provided him with new ways to thrive.

While attending the University of Waterloo in 2014, he successfully petitioned his student union to include his medical cannabis in their health care coverage plan, becoming the first person to obtain insurance coverage for cannabis in Canada. Since then, he has grown CFAMM into the leading patient advocacy group in Canada. With a large advisory team of patients and working with leaders from across both activist circles and industry boardrooms, CFAMM has highlighted affordability and access issues within the current medical cannabis regime, as well as worked with government, official cannabis growers known as licensed producers and the insurance industry to set up insurance best practices.

While CFAMM has been successful in many measures, there is still a lot of work to do, particularly around affordability issues. Recently, the most pressing issue has been the Liberal government’s stated intention to apply either a $1/gramme or 10% excise tax to both the existing medical market and the recreational market, set to come online in early fall 2018.

Medical cannabis has been legal in Canada for more than 15 years, won largely through hard fought court battles, several of which were heard in the Supreme Court of Canada. Because of longstanding prohibitionist policies dating back to the 1930s, cannabis has not undergone the usual series of clinical trials that are usually required to prescribe a product as a medicine.

Unlike other legal medications, there is no Health Canada approved Drug Identification Number (DIN) for the product, meaning that it is not eligible for any provincial or federal drug coverage. As a result, cannabis is the only medicine in Canada to which sales taxes apply. With scarce insurance coverage and average costs between $7 – $11/g, costs for patients add up fast, especially for persons with chronic illness(es) who live on a fixed government income.

Claiming a desire to maintain a fully functional medical market, Finance Minister Bill Morneau introduced the excise tax by explicitly saying that the Government of Canada does: “not want the taxation levels to be an incentive for people to utilise [the medical] system inappropriately.”

There is limited evidence to suggest that recreational consumers rely on the existing legal medical system to provide the product they want, choosing instead a broken illicit market. Indeed, this new tax accomplishes little else than to further increase costs for patients who rely on cannabis as a medication and risks subjecting them to further stigma.

In response to this, CFAMM launched a National #Dont-TaxMedicine campaign to soften the Finance Minister’s position before the 2018 budget. Joining together with the Arthritis Society of Canada, Jonathan Zaid and team amassed more than 16,000 signatures in two months, sending a letter and petition to each signatories’ local Member of Parliament, as well as the Minister of Finance. By using a collaborative approach with industry partners and health care patient agencies, CFAMM effectively harnessed the online support of hundreds for visits with local elected officials, where each person delivered the consistent message that cannabis is an important part of their medical treatment.

Despite this work, which also included a protest in front of the Minister’s constituency office, the 2018 budget contained little relief for patients across Canada. While token overtures, such as the exemption of low-THC and CBD only cannabis products, were made, Prime Minister Justin Trudeau and his Minister of Finance stuck to the party line.

In a recent column in the Ottawa Citizen, Dr Jenna Valleraini, a post-doctoral researcher whose work focuses on cannabis markets in Canada, notes that the Liberal government’s approach is ultimately “wrapped up in ideas of stigma and distrust of cannabis’ potential as a medicine, likely tied to its “recreational” use…cannabis comes with a relatively low risk profile and it reportedly helps many patients achieve a better quality of life. We should support responsible access to medical cannabis, rather than exacerbate issues around access, affordability and coverage.”

If there are any lessons the global community should take from the Canadian cannabis experiment, it should be that placing stigma at the feet of medical patients in a half-witted attempt to make an example out of them is a poor way to earn the trust of existing patients. At the end of the day, it will always be medical cannabis patients who will form the backbone of any future open global cannabis markets. Governments risk crossing them at their peril.

As Jonathan Zaid prepares to pass the reins over to newly appointed President and CEO James O’Hara, CFAMM remains committed to keeping the rights of medical cannabis patients front and centre.

If you are Canadian and haven’t already, please register your support for the #DontTaxMedicine campaign by signing the petition over at http://donttaxmedicine.ca. If you need support visiting your elected officials, send CFAMM a note at info@cfamm.ca and we would be happy to provide you with some resources for a productive meeting.

Peter Thurley became a cannabis patient in 2015 after the removal of a 25lb desmoid tumour that burst his bowels and left him with significant neuropathic chronic pain, a panic disorder and PTSD. After seeing a reduction in opioid use and an increase in quality of life, Peter became an accidental medical cannabis advocate. He lives in Kitchener, ON and has recently been appointed to CFAMM’s Board of Directors.