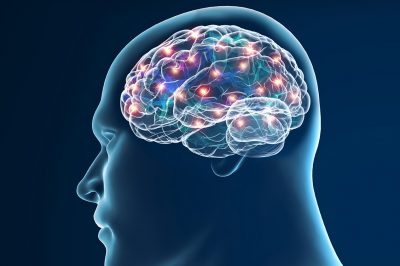 Executive Director of the European College of Neuropsychopharmacology (ECNP), Alexander Schubert looks at how science is unravelling the complexity of the human brain

The human brain is the most complex and improbable arrangements of matter known to mankind. That this one-and-a-half-kilogramme pudding of salty water and fat manages to achieve anything at all must count as one of nature’s great surprises. That is done so using electricity – firing trillions of electrical signals back and forth, like e-mails, every second – is amazing. That from these signals it is able to conjure up consciousness is utterly miraculous.

Appreciating the miracle though is not the same as understanding it. After centuries of sustained research by some of humanity’s brightest minds, the secrets of this astonishing organ remain stubbornly elusive. The more we learn about it, the more we realise how much there is to know. Science’s last great frontier, it turns out, is the one inside our own heads.

Not surprisingly, when the brain does misfire, it does so in ways that are complex and
baffling. All of the major psychiatric disorders – despite the enormous progress being made in identifying and treating them – remain at the level of their causes fundamentally mysterious. We can mitigate many of their symptoms, often with life-saving effect, but where these disorders come from – out of what secret mix of biology, heredity, environment, experience, personality and lifestyle – and exactly what triggers them are conundrums we are still years away from getting to the bottom of.

Unravelling the mystery of mental illness is not only a daunting scientific challenge but an urgent moral imperative. The brain’s utter centrality in the cockpit of our being means its malfunctions are unusually dangerous and far-reaching, attacking not just our health but our whole sense of self in, particularly damaging and debilitating ways. The effects are not only devastating on the individual level, with serious conditions such as major depression and schizophrenia inflicting enormous suffering, curtailing life choices, and reducing life expectancy (1). They also have a huge social impact.

According to the best estimates, during any given 12-month period more than one-third of the EU population suffers from a mental disorder of some sort, most of which go untreated (2). As well as the untold human misery that lies behind these statistics, there is an enormous social cost, estimated in brute economic terms at €798 billion per annum. Of these, indirect costs ‘hidden’ in lost productivity, accidents, early retirement, premature mortality, disability and care-seeking account for an enormous 40% (3).

Globally, mental illnesses constitute by far the heaviest burden on world health, responsible for fully a third of all years lived with disability (YLDs) (4) and adding up to a cumulative economic output loss between 2011 and 2030 projected to be in the order of US$ 16.3 trillion worldwide (5). These are very big numbers.

So, what is to be done? At the public health level prevention will be key, with investments in training, treatment and education high on anyone’s list of priorities. But science will also play a critical role, and in this Europe, is unusually favoured.

Brain research is one of the glories of European science, with no less than 16 Nobel Prizes to its credit. The field is so vibrant that a special award was deemed necessary to do it justice, and the million-euro Brain Prize was accordingly launched in 2011 (6). Unusually deep and rich, the region’s scientific infrastructure is supported by a sophisticated ecosystem of universities, research institutes, innovation-driven companies, government agencies, medical societies and scientific associations.

As the obstacles of distance and difference are overcome, European diversity is proving a powerful advantage. Organisations such as the European College of Neuropsychopharmacology (ECNP), the Federation of European Neuroscience Societies (FENS) and the European Psychiatric Association (EPA) regularly bring thousands of researchers and clinicians together to share new findings, insights and ideas and push against the limits of what we know.

The result is an exciting shift in how mental disorders are conceived. Today’s neuroscience does not just transcend borders, it is also leapfrogging disciplinary boundaries. Psychiatry and neurology used to be different zones of expertise, but like tunnellers coming in from different sides of the hill, the leading researchers in these fields are now starting to link up underground, at the level of the brain’s fundamental mechanisms. Two major new pan-European research enterprises point to where these exciting new developments are taking us.

The PRISM (Psychiatric Ratings using Intermediate Stratified Markers) Project, funded under the Innovative Medicines Initiative, an imaginative attempt by the European Union to foster ground-breaking cross-sector collaboration, is one such example. A landmark multimillion- euro project to find the biological basis for social withdrawal, PRISM seeks to open a window onto the underlying pathologies that connect such major disorders as depression, schizophrenia and Alzheimer’s. The potential long-term payoff is enormous. If a common biological mechanism for behavioural markers such social withdrawal can be found, linking apparently very different diseases, the possibility arises not only of understanding brain disorders and the processes that drive them in profoundly new ways but of developing whole new avenues of treatment.

Eat2beNICE (Effects of Nutrition and Lifestyle on Impulsive, Compulsive and Externalising Behaviours), another multimillion project, this time under the EU’s Horizon 2020 funding programme, is a pioneering exploration of the nervous system highway that connects our brain to our digestive organs to understand how nutrition interacts with mental health, and in particular whether diet can be linked to control disorders such as impulsivity, compulsivity, addiction and aggression. Perhaps the most comprehensive and ambitious project of its kind yet, Eat2beNICE is shining a new light into the darkness that separates what we consume as organisms from how we behave as humans.

Projects such as these are the great scientific expeditions of our age, the twenty-first century’s version of the voyage of the Beagle or the search for the source of the Nile. Organisational tours de force that mobilise hundreds of researchers from countries across the region, they are pushing science deep upriver into some of the humanity’s most impenetrable unknowns and placing European research at the very forefront global discovery.

But scientists are also working to bring the benefits of these new approaches into the clinic. The Neuroscience- based Nomenclature (NbN) project is an international collaboration, led by Europe, to bring the way medicines for psychiatric disorders are organised in line with what we are learning about how the brain works (7). The implications here are extremely significant.

By reorienting our understanding of these treatments away from the largely pharmaceutical-driven conventions that have predominated in the past, towards principles based on the modes of action of the underlying compounds, NbN gives clinicians a much more robust and rational tool with which to make their medication choices.

It also helps doctors not to confuse and alarm patients by treating their depression with “second-generation antipsychotics” or their anxiety with “antidepressants.” So far 20,000 psychiatrists around the world have taken up this new system, an outstanding example of how the latest insights from neuroscience are being translated into better care for those suffering from mental health difficulties.

What steam was to the nineteenth century and electricity to the twentieth, cognition will be to the twenty-first. How well we understand, manage and optimise this critical resource, in a world in which knowledge and innovation are the founts of wealth and well-being, may very well determine our future.

A major recent review of research progress in applied neuroscience concluded with “rekindled optimism” that the effective treatment and even prevention of psychiatric disorders may soon be within our reach. But it “will require a sustained commitment by all the major partners concerned by this venture, from industry to academia, clinicians to patients, regulators to public policy makers and, indeed, from society at large.” (8) European neuroscience is stepping up.

8 M. J. Millan et al., ‘Learning from the past and looking to the future: Emerging perspectives for improving the treatment of psychiatric disorders,’ European Neuropsychopharmacology 25 (2015), 599-656.