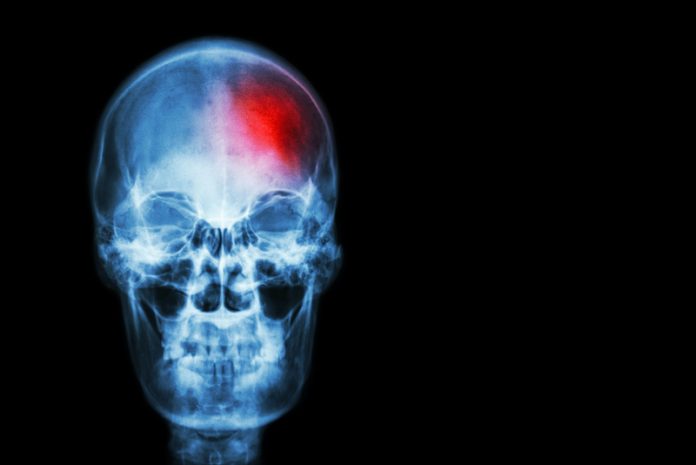 Professor Saverio Pavone, of the European Laboratory for Non Linear Spectroscopy and Department of Physics highlights the latest advances in stroke research

Stroke is a major cause of illness and mortality, and a major socio-economic burden. The mechanism underlying the insurgence and temporal evolution of stroke needs to be further elucidated. In vivo imaging provides clinically relevant data on the spatiotemporal patterns of tissue injury and repair processes, help improve interventional therapies, and lead to the discovery of novel markers of recovery, as well as selective targeted therapies. Recent improvement in clinical imaging technologies has made it possible to resolve small, previously invisible lesions in the brains of elderly humans, associated with age-related mental decline and dementia. These microscopic and focalised lesions caused by disruptions of small blood vessels are known to affect distributed patterns of synchronised neural activity throughout the brain. Accordingly, recent human neuroimaging studies indicate that spontaneous fluctuations in neural activity, as measured by magnetic resonance imaging of functional connectivity, are significantly affected following a stroke. Disrupted functional connectivity is associated with behavioural deficits and has been linked to long-term recovery potential.

Among the highest priorities in translational neuroscience, facilitation of repair and recovery have the ultimate goal of improving functional outcome after injury. Neuronal plasticity has been long deputed as the basic mechanism for restoring functions suddenly lost after stroke. The phenomenon of neuronal circuit rewiring encompasses multiple scales, from neuronal contacts, i.e. synapses, to large areas of the brain. Indeed, we are now aware that individual cells and cell types in the brain act and react to a stroke as part of an ensemble. Cell to cell interaction takes place at multiple levels (electrical, chemical, mechanical) and might causally trigger a specific reaction to injury. How this complex cellular and molecular response to injury happens is not well understood yet. Comprehending the mechanism of repair will build a track to guide appropriate interventions. Towards this goal, structural and functional changes have to be visualised both at the macro-area and at cellular level.

A valuable tool for understanding the link between molecular mechanisms of stroke repair and human findings at the system level can be achieved by extending functional connectivity methods to mouse models of stroke. Consequently, there is an obvious need for appropriate animal models and imaging techniques for visualising how neurons rewire at multiple scales.

Historically, optical imaging has been a major tool for investigating the physiological processes from cellular compartments to entire organs, owing to its unique properties, such as high temporal and spatial resolution and numerous contrasting mechanisms. Traditional optical microscopy techniques such as wide-field imaging provide large-scale maps of functional activation. In animal models of stroke wide-field microscopy allows investigating the meso-scale disruption and following remapping of functional connectivity.

What do we mean for “remapping”?

In the brain version of Google Maps, location is everything: if a single spot is removed, the cortical territory devoted to that target rapidly remaps to represent the intact digits that project to the neighbouring cortex. This phenomenon of intense competition for available cortical map territory can be easily visualised by wide-field optical microscopy. Works from Tim Murphy’s lab combined this imaging technique with voltage sensitive dyes (i.e. dyes that shine proportionally to neuronal activation) to investigate large area remapping after stroke.

By analysing the sequence and kinetics of the activation of peri-infarct cortical circuits after a stroke, they found that the surviving portion of cortex actively relays enhanced signals to the adjacent areas, resulting in remapping of the lost function. Some diffuse off-target signalling are strengthened over the days, weeks and months over which recovery from stroke damage occurs. These findings indicate that the recovery of functions after stroke and brain remapping involve changes in the temporal and spatial spread of information processing across local and distant sites.

In another study, they found that the focus of cortical activity is rapidly redistributed after ischemia. Given that it occurs within an hour, the effect is likely to involve surviving accessory pathways and could potentially contribute to rapid behavioural compensation or direct future circuit rewiring.

These intriguing studies performed with wide-field microscopy give a view of the large picture, but are not capable of penetrating into the optically highly scattering brain tissue. Recent technological advances in optical imaging allowed for observing and interrogating single cells in real time in their natural environment, thereby preserving the complex ensemble. Analysis of individual neurons can help determine whether stroke-induced plasticity is achieved by surviving neurons giving up their usual function or whether individual neurons may be able to process multiple sensory streams. Optical imaging technologies capable of penetrating into the tissue have been developed and applied to in vivo brain imaging. High-resolution imaging of stroke injury and repair in rodents has been now implemented in many labs.

Several important characteristics of the imaging modality are critical to assess cells in their natural environment during stroke, like the ability to image the same region longitudinally, the spatial resolution, sufficient to resolve individual cells, the temporal resolution to resolve the time course of dynamic cellular processes and the penetration depth to enable imaging through the cortex. Only a few optical microscopy technologies satisfy these requirements and have been applied to image ischemic stroke in rodents, like two-photon microscopy (TPM), optical coherence tomography (OCT), and photoacoustic imaging (PAI). Among these, TPM imaging is the most mature and widely applied.

TPM detects photoluminescence that comes from endogenous or exogenous chromophores, and the images are typically created from sequential measurements.

The development of TPM imaging of variation in calcium ion concentration has had an enormous influence on the investigation of the plethora of diverse neuronal functions. By optically recording neuronal activity with in vivo imaging of calcium-associated fluorescence, previous work assessed stroke-induced changes in function and spatial organisation of more than 10,000 individual neurons.

In vivo two-photon calcium imaging within reorganised functional maps determined how the response properties of individual neurons were altered during recovery from ischemic damage over several weeks. Single-cell imaging revealed that the selectivity of individual neurons was altered during recovery from ischemia, e.g. neurons normally selective for a single contralateral limb processed information from multiple limbs. Altered selectivity were most prominent in border regions between stroke-altered macroscopic map representations, and peaked 1 month after the focal insult. With longer recovery, these cells developed more specific response characteristics and restored a defined preference. These forms of plasticity indicate that apparently hardwired cortical neurons first adopt wider functional roles as they develop strategies to compensate for loss of specific sensory modalities after stroke.

European Laboratory for Non Linear Spectroscopy and Department of Physics