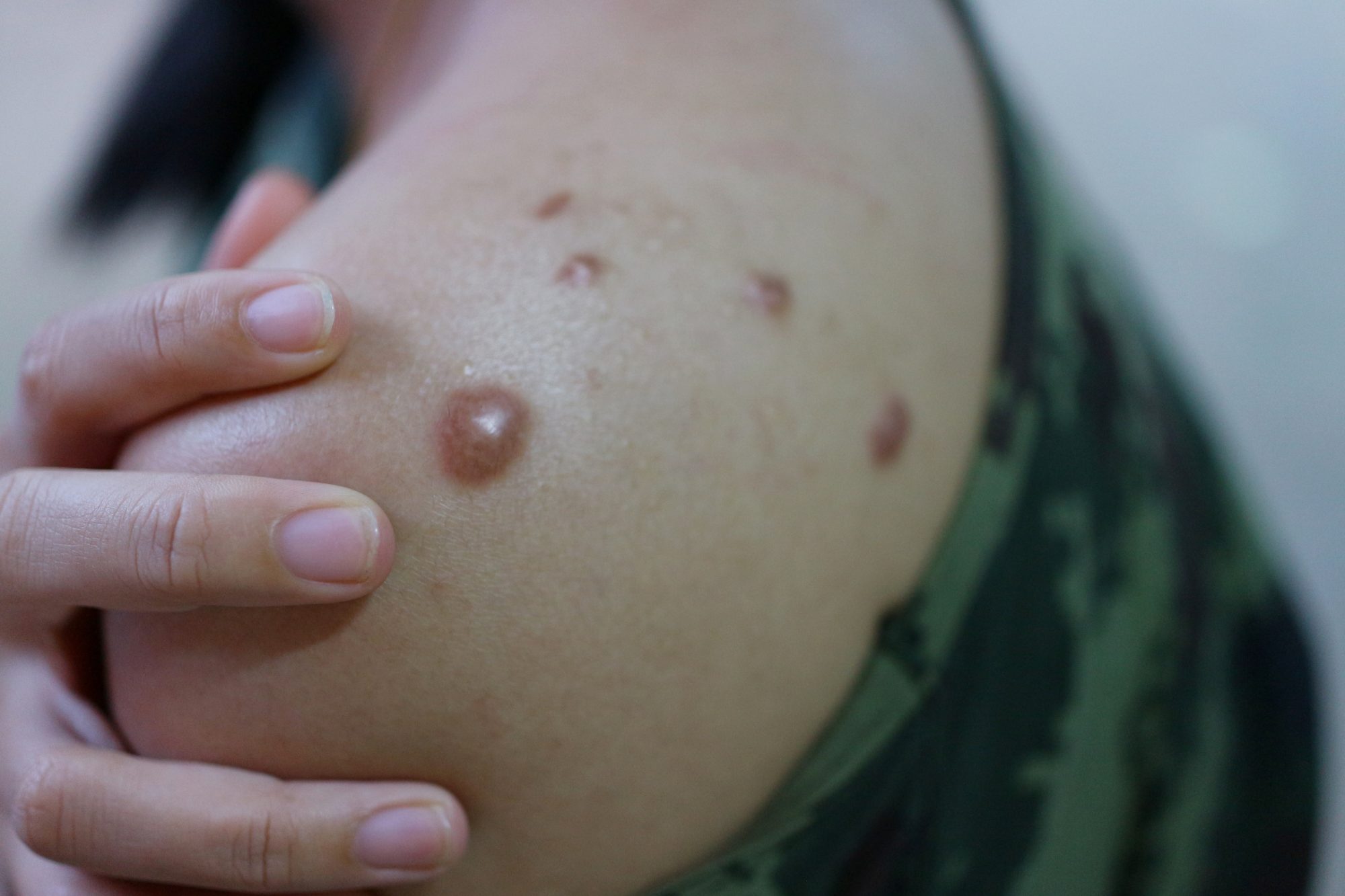 Although mainly found in areas in west and central Africa, we have seen monkeypox cases spread across Europe and reach as far as Australia and the USA.

Symptoms of monkeypox include a high temperature, swollen glands and a distinctive rash – not to be confused with chickenpox.

Usually the rash appears one to five days after the first symptoms. It often begins on the face but can spread to the trunk of the body and the genitals.

The raised spots gradually turn into pus-filled blisters which will eventually scab over and fall off. However, in some instances scarring occurs and keloid scars develop.

What is a keloid scar?

A keloid scar is an enlarged, raised scar that is often pink, red, skin-coloured or darker than the surrounding skin.

Keloids are irregular in shape and can typically be founds on the earlobes, shoulders, cheeks or chest. They usually occur from minor skin trauma, such as acne, a piercing or a tattoo.

In some cases they appear randomly and without any prior damage to the skin. Some individuals are prone to getting keloids and should therefore avoid having any kind of surgery or piercing which may damage skin.

They can develop after very minor skin damage, such as an acne spot or a piercing, and spread beyond the original area of skin damage. Keloids scars may itch and cause discomfort and emotional distress.

Treatments are available to remove the keloids such as surgery or steroid injections but there is no guarantee that the keloid will not grow back.

How can monkeypox lead to scarring?

“Thousands of lesions are something nobody wants to experience, and when those scabs fall off, they leave scars.” explains Dr Dennis Hruby.

“Affected individuals will, after an incubation period of up to three weeks, develop a flu-like syndrome with fever, muscle aches and gland swelling. After a few days a rash evolves with tiny blisters called vesicles, typically starting on the head and spreading down the body. Just like chickenpox, these can leave scars once healed.” commented Dr Phil Whitaker, a GP in Somerset.

Professor Paul Hunter, an epidemiologist at the University of East Anglia, added: “The scarring… is not the monkeypox itself but when these pox lesions start to weep and break down they get secondary bacterial infection that generally causes the scarring, I believe.”

Monkeypox sufferers with darker skin may also experience hyperpigmentation once the lesions have healed, in addition to possible keloid scarring, said Andrea McCollum of the US Centers for Disease Control and Prevention.