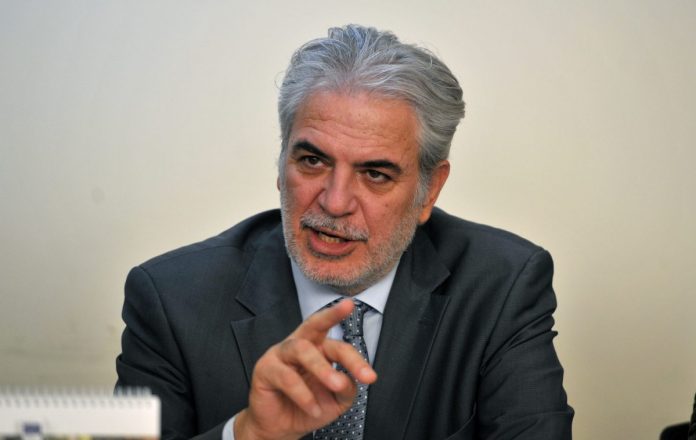 M F Warrender at AG, highlights the work of the European Commission, in particular EU Commissioner for Humanitarian Aid and Crisis Management, Christos Stylianides, to provide safety and support to those in need…

August 19 this year marked World Humanitarian Day, reminding the world of the 22 humanitarian workers who lost their lives during the 2003 bombing of the UN headquarters in Baghdad, Iraq. This anniversary prompted a joint statement from High Representative and Vice President of the European Commission Federica Mogherini, and EU Commissioner for Humanitarian Aid and Crisis Management, Christos Stylianides:

“On World Humanitarian Day, we pay special tribute to and honour all humanitarian workers around the globe who are working to help people in need.” As well as commemorating those who tragically lost their lives, the statement also reaffirms the European Commission’s commitment to its position as the world’s largest humanitarian donor, highlighting the importance of humanitarian aid in crisis zones all over the world. “We must strengthen our understanding of and respect for International Humanitarian Law (IHL) and the four humanitarian principles: humanity, neutrality, impartiality and independence,” it reads.

Previously serving as Vice Chair of the Committee on Foreign and European Affairs 2011-2013, government spokesperson 2013-2014, and a member of parliament of the Republic of Cyprus, Christos Stylianides has been the European Commissioner for Humanitarian Aid and Crisis Management since 1 November 2014.

Some of his responsibilities in this position include:

Partnerships with non-governmental organisations (NGOs) are vital in order to maintain this level of assistance moving forward, as they allow faster aid to countries in crisis and a greater network of international support. There are many organisations that have signed the Framework Partnership Agreement (FPA) to become humanitarian partners of the EU: Oxfam, Red Cross, International Rescue Committee, and Médecins du Monde, just to name a few, all of which Stylianides and his team endeavour to uphold close relationships with.

Most recently, on 29 September 2016, Stylianides released a statement on the situation on Aleppo, Syria, and the unprecedented attacks that have targeted civilians and humanitarian infrastructures. He stated that the EU “has been constantly working with humanitarian partners like the UN, the International Committee of the Red Cross and international NGOs, to prepare stocks and vital items for Aleppo, including life-saving essentials like food, medical supplies and water.” He also confirmed, “Our humanitarian partners are ready to help people and save lives”.

Considering the current refugee crisis, European Civil Protection and Humanitarian Aid Operations (ECHO), under the mandate of Stylianides, must strive to provide an effective and efficient asylum system able to assure safety for refugees. This unprecedented displacement crisis is impacting not only European member states, but also non-EU countries of transit and major crisis zones around the world including Syria, South Sudan, Yemen and Ukraine. Today, more than 65 million people are forcibly displaced as a result of manmade and natural disasters, violent conflicts, or in search of better economic prospects.

In 2015, one million people made their way into the EU, many arriving after perilous journeys, requiring basic humanitarian assistance, for example: provision of clean water, health care, emergency shelter and legal aid.

While the European Commission has taken a new, comprehensive approach to tackling the refugee crisis with its European Agenda on Migration, these are just some of the ways in which ECHO are supporting refugees and their host countries:

Providing emergency support within the EU

This support is made available to member states whose own response capacities are overwhelmed with unexpected circumstances, such as the current influx of refugees from all over the world. A recent case of emergency support being required was in April 2016, when the EU Commission provided humanitarian funding of €83m to assist to 50,000 refugees and migrants in Greece. This provided shelter, food, hygiene, education, child friendly spaces, and family reunification assistance and protection.

Since the beginning of the Syria crisis in 2011, the commission has provided €455m to support refugees in Turkey, who have fled violence in both Syria and Iraq. This aid, combined with the set-up of the Refugee Facility for Turkey, has offered humanitarian and long-term assistance to more than 800,000 Syrians.

In his statement for World Humanitarian Day, Christos Stylianides added: “The EU is proud to be a world leader in humanitarian assistance and to have helped more than 134 million victims of natural and manmade disasters across more than 80 countries in 2015.” The commission continues to step up its targets hoping to increase resources by €300m for 2016.