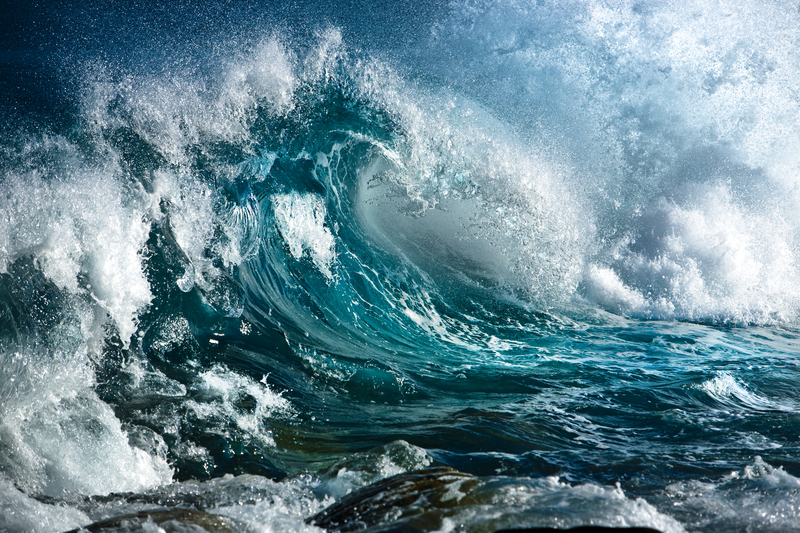 The activities of the Division of Ocean Sciences (OCE), a section of the National Science Foundation (NSF), in advancing the frontiers of knowledge around ocean sciences, are reviewed here by Open Access Government

The Division of Ocean Sciences (OCE) is a section of the National Science Foundation (NSF) in the U.S. that strongly supports research, infrastructure and education to further understanding of the global oceans and ocean basins, including their interactions with the integrated Earth system and human beings.

OCE’s activities provide essential knowledge for addressing many of the U.S.’s most pressing challenges in the area of earth processes. OCE advocates collaboration in the field and encourages the development of a diverse scientific and educational community, at home and abroad.

Working in partnership with the U.S. ocean sciences academic community, OCE directs funding towards advancing the frontiers of knowledge, enhancing the public’s understanding of ocean sciences and developing the next generation of researchers.

While OCE represents this community in the Federal context, they coordinate with international partners in areas such as funding for research and managing infrastructure. OCE also takes part in the development of policy by means of a number of forums and programmes in the U.S. and further afield.

In recent news from OCE, we discover that a giant kelp can grow two feet a day and reach nearly 150 feet in length – in one growing season. Researchers affiliated with the NSF) Santa Barbara Coastal (SBC) Long-Term Ecological Research (LTER) site aimed to find out how giant kelp can maintain their impressive growth in seasons when nitrate all but vanishes.

Details of their findings on one of the fastest-growing organisms on Earth appeared in June 2018 in the journal, Limnology and Oceanography Letters. “This report provides an explanation for how giant kelp in Southern California is able to persist and grow when nitrate concentrations in coastal waters are extremely low,” says David Garrison, a program director in NSF’s LTER program, which funded the study.

“It turned out that kelp consistently showed no preference, and used urea at equal rates as ammonium,” lead author Jason Smith of the University of California, Santa Barbara (UCSB) explains. “Our results suggest that there’s enough area available to sustain kelp growth when levels of ammonium and nitrate are low.”

Having said that, calculating a rate of use for the various compounds provided just some of the answer, we are told.

“We performed a set of controlled experiments on kelp tissue to prove that the urea molecule itself enters the tissue,” Smith adds. “We’re the first to document for any seaweed that the whole urea molecule is consumed, which greatly expands the known physiology of giant kelp and the kinds of nitrogen forms the plant can use.”1

The impact of hurricanes on coastal ecosystems

In other news, we learn that scientists have set out to chronicle how two decades of hurricanes have affected North Carolina’s Neuse River, the second-largest estuary in the U.S. The NSF supports this fascinating area of research through its Biological Oceanography and Chemical Oceanography programs, which included a rapid response grant following 2016’s Hurricane Matthew.

“One manifestation of climate change may be a higher frequency of storms,” says David Garrison, a program director in NSF’s Division of Ocean Sciences. “This study provides valuable insights into how coastal estuaries will be affected.”

Hans Paerl, a scientist at the University of North Carolina at Chapel Hill adds: “Understanding how an increase in extreme events such as hurricanes affects coastal ecosystems is critical to preparing for a stormier future.”

Understanding how coastal ecosystems respond to hurricanes and other major storms, including nor’easters and severe thunderstorms, says Paerl, “is important at a time when such extreme weather events are becoming more frequent and intense.”

This perspective examines the effects of hurricanes on estuaries, also indicates that the increased CO in coastal waters could impact upon the climate. “The impacts of these infrequent but significant pulses of nutrients into sensitive coastal ecosystems have been mostly unknown,” Paerl underlines.2

Dispersants to clean up oil spills

Finally, other news worth exploring concerns the NSF’s research with the Woods Hole Oceanographic Institution (WHOI), which discovered that sunlight chemically alters crude oil floating on the surface of the sea within a matter of days or hours.

“It’s been thought that sunlight has a negligible impact on the effectiveness of dispersants,” explains Collin Ward, a scientist at WHOI and lead author of the study. “Our findings show that sunlight is a primary factor that controls how well dispersants perform. And because photochemical changes happen fast, they limit the window of opportunity to apply dispersants effectively.”

Henrietta Edmonds, a program director in NSF’s Division of Ocean Sciences, which funded the research adds, “This study shows how important it is to do basic research on the chemical reactions that take place in the environment. The results will help us learn how to effectively respond to oil spills.”3

The above examples of research into the ocean sciences reveal exactly how OCE directs funding into areas that advance “the frontiers of knowledge”, develop “the next generation of researchers” and enhance “the public’s understanding of ocean sciences.”4 It also fits in with the wider aim of the NSF to “support basic research and people to create knowledge that transforms the future.”5