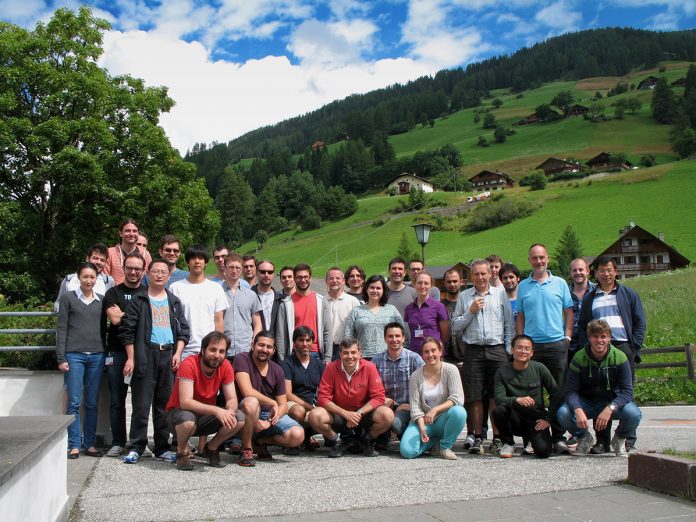 European-supported project “Darklight” shows how basic research can have an impact at several levels, including the general public, if properly communicated

The relationship between publicly funded basic research and its wider impact on society is important. How this happens in practice is less obvious than in the case of applied research, where the goal of the project is more practical and its results easier to identify. To make an example, the utility of a research project on HIV vaccines is immediately obvious both to specialists and the general public, while that of a project to map the large-scale distribution of galaxies in our Universe or to look for the Higgs Boson is more subtle and indirect, yet possibly equally relevant. Basic research has, in general, more sophisticated and usually long-term consequences, which require different levels of communication and thus a well-thought-out communication plan, to be properly appreciated.

“Darklight” is one such endeavour. A 5-year project led by Professor Luigi Guzzo at the University of Milan and the National Institute for Astrophysics in Italy, it is supported by an advanced grant of €1.7m by the European Research Council (ERC). Its aims are to build maps of galaxies to describe the large-scale structure of the Universe and to develop the mathematical tools to interpret them. The final goal is to provide a key contribution to the quest for understanding the nature of the mysterious “dark matter” and “dark energy” that seems to permeate the Universe, i.e. what represent the current key open questions in cosmology. The plain deliverables are thus not a new vaccine or a new engine or an electronic device, but simply the increase of human knowledge. As such, the communication plan for such a project had to follow different routes, which can be divided into essentially 3 levels.

The first communication level has been internal, i.e. focused on communication within the research group created with this grant. At its peak, the group involved about a dozen people, among staff, postdocs and students. The opportunity of having such a concentration of talent and skills, all focused on the same goals defined by Darklight, was unique. We had to properly support it, as to maximise its effectiveness. Periodic group meetings, weekly journal club discussions, personal discussions and tutoring were the tools through which these exchanges were fostered. In addition, 2 summer group retreats of a few days were organised during the first 3 years of the project, and a closing meeting will be held near its end in September 2017.

The second communication level addressed the interaction of the group members with fellow scientists, i.e. experts in the specific field of the project, i.e. cosmology. First, an “expert visitor” program was conceived as part of the project since its very beginning, as to feed the young students and fellows through lectures by and discussions with recognised leaders in their field. Second, 2 summer workshops with ~50 participants, obviously including the full Darklight group, were held on the Italian Alps. These were further occasions for the project members to discuss with the founders and leaders of their research area, learn new concepts, mature new ideas and create ties and connections with other scientists. Both the first and second communication levels had eventually a broader impact in terms of new job opportunities for these young scientists, which indeed arose abundantly.

The third level of communication has been the one towards the general public. This was implemented first of all through a regular activity of public lectures, performed by the project Principal Investigator. Popular articles for both specialised magazines and newspapers were also written, often in connection to press releases presenting the achievement of specific research milestones. Impact on the wider public was eased by the fascination that cosmology produces on people of all ages, a clear demonstration of how basic research can be of great interest, if properly communicated.

Finally, there are also other subtle ways, yet meaningful, through which the project has been important for society at large. For example, the Darklight group has been an international one, with 2 postdoctoral fellows from the U.S and one each from France, the UK, Japan and Italy. This international presence has been a significant exception in the Italian scenario, in which the brain drain of young scientists towards foreign countries is not adequately compensated by a corresponding incoming flow from abroad. Thus, the European contribution was instrumental to show that when a front-ranked, well-funded project exists, the process can be easily inverted: a great goal achieved by Darklight in particular, a positive message to the Italian society in general.