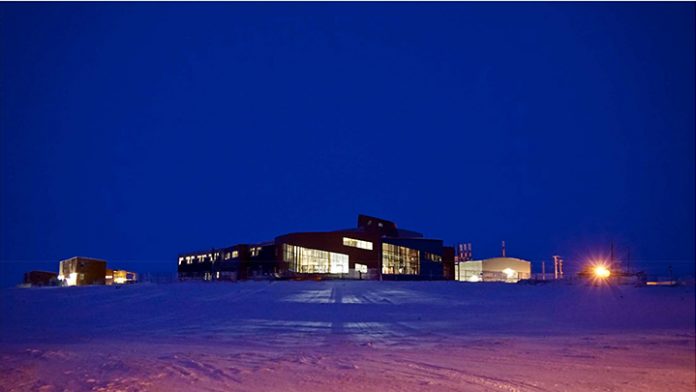 Polar Knowledge Canada (POLAR) is primed to set Canada at the forefront of the search for new knowledge of the Polar Regions. Based in Nunavut, the new federal organisation emphasises bringing together indigenous and scientific expertise to create that knowledge – and helping transform it into action on some of the urgent issues that Arctic communities face.https://www.openaccessgovernment.org/polar-research-expedition-consultancy/66854/

To Inuit and northern First Nations peoples, whose knowledge of the Arctic is built on centuries of experience and close observation, the Arctic is an intimate and familiar home. Scientists consider the Arctic one of the least studied and understood regions on the planet. Both groups are concerned at the significant changes they see occurring there. Whether in terms of sea ice, permafrost, or wildlife, the impacts are being felt today in northern communities – and also in distant corners of the globe, as the Arctic is connected to the rest of the planet via atmospheric and ocean currents.

The purpose of Polar Knowledge Canada is to create new knowledge that decision-makers in northern and southern Canada can use to improve economic opportunities, environmental stewardship and quality of life for Northerners and all Canadians. Its headquarters, once construction is completed, will be at the Canadian High Arctic Research Station (CHARS) campus in Cambridge Bay, western Nunavut. With its state-of-the-art laboratories and generous public space, the unique facility is designed to welcome Cambridge Bay residents while ensuring that visiting researchers, educators, and students – from PhD level all the way down to elementary school – have ample opportunity to learn, and share information and perspectives.

POLAR’s current research programme is focusing on four areas: (1) alternative and renewable energy for the north; (2) increasing baseline information to prepare for northern sustainability; (3) predicting impacts of changing ice, permafrost and snow conditions and how they affect shipping, infrastructure, and communities; and (4) improving design, construction and maintenance of northern built infrastructure. These will be revisited in 2019, and every 5 years thereafter. This regular reassessment and renewal will allow POLAR to adapt to changing research needs, and remain at the forefront of knowledge creation that matters in the Arctic.

One project that POLAR is supporting, SmartICE, brings together the expertise of Inuit hunters and ice scientists to make ice travel safer. SmartICE, which started in Nunatsiavut and has expanded to Pond Inlet, Nunavut, is installing thickness sensors in the ice along routes in places that hunters have identified as potentially unsafe. The measurements are sent to a website where they can be retrieved locally, in Pond Inlet’s case by ice expert Andrew Arreak. Sensors have also been mounted on a qamutiik (sled), in order to take measurements while travelling. The technology is reliable and easy to operate, and can be passed from one community to the next.

Another key focus is helping northern communities move away from dependence on fossil fuels for electricity and heat. In the Northwest Territories, this means support for a community-led wood-pellet district heating project in Whati, and two community solar power demonstration projects in Inuvik. In Sanikiluaq, Nunavut, a wind monitoring tower will provide data for potential future wind power developments in the community.

Gaps in our Arctic understanding

The size, remoteness, and complexity of the Arctic means that despite decades of excellent research there are still plenty of gaps in scientific understanding of the region. Those 3 factors also make Arctic research very costly. POLAR intends to create a world class hub for science and technology research in Canada’s Arctic, with partnerships an integral part of its success.

“Most Arctic science is only possible because researchers work together, combining their resources,” says David Scott, president of Polar Knowledge Canada. “And we’ve heard from research organisations from around the world who are keen on collaborating with Canadian researchers. They’re excited about the possibilities that the CHARS research campus and our programme offer.”

One of those is the US National Aeronautics and Space Administration (NASA). NASA’s Arctic Boreal Vulnerability Experiment is using on-the-ground scientific teams, satellites, and aircraft to monitor and study environments in the arctic and boreal regions of western Canada and Alaska, which are changing rapidly because of a warming climate.

“We are trying to gain a better understanding of how these northern ecosystems function, how they might alter under a changing climate and what that means for both northerners and the planet as a whole,” says Mike Gill, Senior Science Officer with POLAR. “This will help answer such questions as: Will there be caribou available to harvest? How will the global carbon budget be altered under a warming Arctic and the potential release of methane? Will natural disturbances, such as fire, become an increasing threat?”

Answering these questions affects northerners directly, says Scott, and so it makes sense that northerners be involved in research at all levels. “We’re looking to a future where more northerners are in the driver’s seat,” says Scott, “asking the questions, developing and doing research projects – and finding the answers they need.”