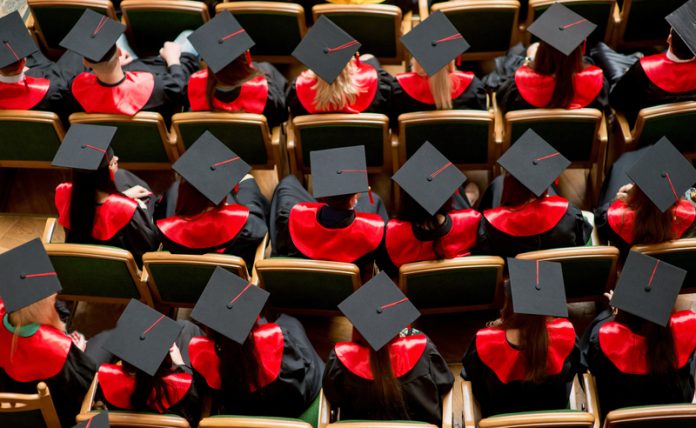 The findings, published by the Higher Education Funding Council for England, found that 84% of students surveyed said that they were satisfied with their degree.

The 304,000 participants surveyed were final year students from 530 institutions.

The survey also found that 85% agreed that teaching staff were able to explain things in a way that was both interesting and easy to follow.

Around 77% agreed that they felt part of a learning community and 73% were happy with assessments and feedback.

However, some polls included in the survey have seen a steady decline in results over the last few years.

Many declined to take part in the survey as a protest against tuition fees.

Around 12,000 fewer participants completed the survey compared to last year, despite a greater number of higher education institutes being included.

Oxford University and 11 other institutions failed to meet the required 50% participation level.

The number of students who rated their course as being of ‘good’ or ‘very good’ value also dropped from 53% five years ago to 35% in 2017.

Universities Minister Jo Johnson hopes that the newly created Office for Students will give students a more interactive role within their universities and allow them to voice concerns more easily.

He said: “While overall student satisfaction remains high, we know there is significant variation in teaching quality and outcomes both within and between providers.

“There is more to do to ensure that students and taxpayers investing heavily in our higher education system secure value for money from it.”

Nick Hilman, Director of Hepi, believes that the rise in satisfaction levels must be viewed in the context of other results showing a decline: “I am particularly struck by the lower figures in the NSS for assessment and feedback, which continue to be a challenge but are essential to the full engagement.

“Moreover, given the recent problems in the movement, it is clear that student unions need to improve and do more to articulate the student voice for all students.”