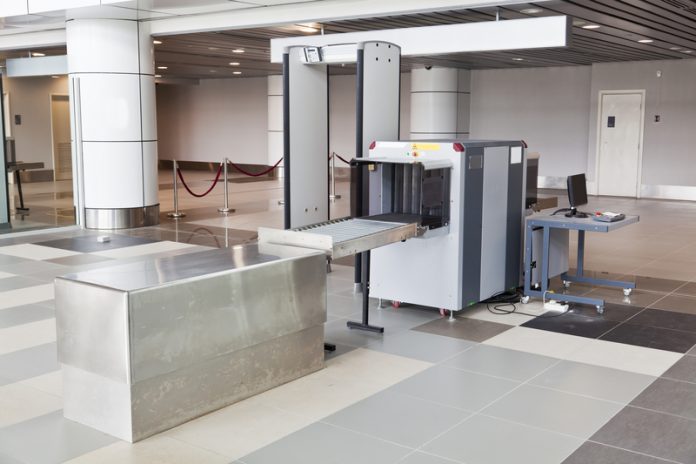 The project ACXIS brings together the expertise in X-ray cargo inspection of leading research centres in Germany, France and Switzerland, the major European supplier for cargo inspection systems, a research and development organisation focusing on training of X-ray inspection officers, and Customs Administrations of the Netherlands and Switzerland. The main objectives of the project are to develop a manufacturer independent reference database for X-ray images of illegal and legitimate cargo, procedures and algorithms to uniform X-ray images of different cargo scanners, a training simulator for cargo inspection officers, and a toolbox enclosing several assisted/automated identification techniques for potentially illegal cargo. Historic images of real detections and images of illegal cargo mock-ups, as well as images of legitimate cargo, will be integrated into the reference database.

Automatic detection at border controls plays an important role in the vision of the Customs Administration of the Netherlands and the Federal Customs Administration of Switzerland. The increasing amounts of goods that pass their checkpoints require effective and efficient inspection procedures. ACXIS develops assisted/automated target recognition (ATR) methods to automatically detect legitimate and illegal cargo. The X-ray data is converted into a standardised format and stored along with the results of the ATRs and other annotations in a database. The Customs officer has these procedures available on-demand, and he may annotate the results and share them with other agencies through a secure cloud-based system. The standardisation allows comparisons between scans from X-ray machines of different manufacturers and models. The database is filled with a large array of reference material, and new scans are continuously integrated.

Based on risk analysis conducted by the Customs Administrations, threat objects and their locations in the container were identified. Following their recommendations, a set of mock-ups was created with real threat items and stimulants, combined with common goods (Fig. 2). These were scanned using laboratory systems and some with a cargo scanner chosen as reference. The main objective of these mock-up scans was to enlarge the variety of threat images. For the same purpose, simulation tools were also used in order to generate X-ray images from 3D models of various types of threat items (e.g. weapons). All the images from the database, and especially the ones containing threats, will provide a large basis for training of screening officers and also for machine learning methods in automated detection algorithms.

When analysing X-ray images, the human brain easily adapts to other different systems, regardless the possible geometric deformations, various textures and different levels of contrast or noise, which is not the case for automatic algorithms. Since a large variety of X-ray scanners are installed at border checkpoints, the analysed images need to be similar in terms of the aforementioned parameters. Standardising these images is a preparation step and is mandatory for good detection performances.

Physical processes involved in digital X-ray imaging were studied and accurate models were developed in order to take into account the differences between the various x-ray scanners. Geometric adaptation is perhaps the most challenging since projecting a complex load from distant view angles generates different distortions in the resulting image. However, an approach which selects the most similar ray paths and makes use of the standardised container dimensions gives satisfactory conversion results. Contrast corrections take into account the source spectra and typical phantoms are used to estimate several attenuation points which are then fitted in order to use the obtained curves for adjustments of grey level values. Noise reduction algorithms were evaluated such that the noise level can be adapted towards the targeted system, i.e. the reference scanner. The ultimate goal is to provide assisted/automated detection techniques of threats through dedicated algorithms. Several illicit goods detection scenarios were selected and prioritised. Several approaches of complementary assisted/automated detection techniques have been investigated according to the various envisioned scenarios, such as image comparison, load characterization, and direct target detection. For instance, methods for cigarette detection based on texture analysis are being developed and show promising results.

A software application is being developed to provide focused training and to periodically evaluate the performance of customs officers. The user interface is carefully designed to resemble various X-ray scanning systems and includes the most important support functions, such as zooming, image filters and enhancements. The impact of the ATRs on the performance of Customs officers is evaluated through a validation study. A group of operators is selected for training during which they are presented with simulations of X-ray scans of shipments that are annotated with the detection results of the ATRs. The performances of these participants are compared against a control group. The training module includes three different levels of systematically adjusted difficulties. Supervised learning is guaranteed by providing the user with feedback after each image. The test modules are standardised packages that enable reliable and valid means to carry out an initial and recurrent evaluation of the detection performance of Customs officers. These methodologies are rooted in behavioural psychology and have been applied to airport security personnel for many years with great success.