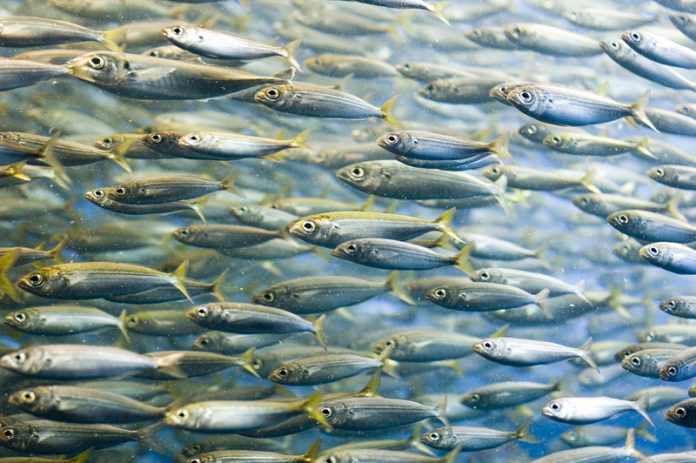 Pharmacotherapy is a fundamental cornerstone in the global fight against disease worldwide. The value of drug production has grown four times more rapidly than the world’s income. High-income countries dominate in world pharmaceutical production (90% vs 7%). The cost of drugs represents about 10-20% of direct costs in the management of a particular disease; in the EU, outpatient pharmaceutical spending accounts for 16% of total expenditure on health care and 1.6% of GDP.

The EU is the second-biggest pharmaceutical market after the US, totalling around €200 billion/year. Total current expenditure on health (outpatients) has increased from 5% GDP in 1970 to 9.9% GDP in 2010, and a parallel increase has been observed in total expenditure on pharmaceuticals (from 1% to 1.6% GDP) during the same period.

Despite controversies about the price of drugs and the high cost of health services in the EU, there is a growing concern about drug use-related issues, including over-prescription, misuse, self-administration, symptomatic vs anti-pathogenic effects, unclear mechanisms of action, cost-effectiveness, impact on the quality of life, and long-term side effects. Furthermore, drug-drug interactions are the cause of an important number of cases of acute hospitalization in people over 50 years of age.

All these circumstances together are contributing to the popularisation of opinions against the abusive use of therapeutic compounds in Western society, where a growing number of persons are prone to consume natural products instead of chemicals for health purposes. In Asia, particularly in China and Japan, traditional medicine is very popular. In Japan, Kampo Medicine (the Han Method, referring to the herbal system of China that developed during the Han Dynasty), restored by Keisetsu Otsuka and Domei Yakazu in the past century after several decades of suppression during the rise of Western medicine, is currently used by over 30% of the Japanese population.

The modern nutraceutical market began to develop in Japan during the 1980s. The term “nutraceutical” was introduced in 1989 by Dr Stephen L. DeFelice in the US. A nutraceutical is a type of food substance (functional food, nutritional supplement) that helps to maintain health and prevent illness. They are vegetal, marine or animal bioderivatives. Over the past 30 years, many different types of nutraceuticals have been produced for the natural management of diverse health conditions. It is estimated that the worldwide nutraceutical market will reach $250 billion by 2018.

A novel category of nutraceutical compounds is represented by the ProteoLipins, a series of lipoproteins derived from natural sources. Among ProteoLipins, LipoFishins (LFs) are a new class of lipoproteins derived from the muscle of different fish species. Examples of LPs obtained from biomarine sources by means of non-denaturing biotechnological procedures include the following: E-JUR-94013 (DefenVid®), E-CAB-94011 (CabyMar®), E-Congerine-10423 (AntiGan®), E-SAR-94010 (LipoEsar®), and E-MHK-0103 (MineraXin®). Clinical studies with some of these products in different clinical conditions (cardiovascular disorders, cancer, Alzheimer’s disease) have revealed that most of the effects of these novel bioproducts are genotype-dependent, showing specific nutrigenomic and pharmacogenomic profiles.

Some ProteoLipins and their effects

E-CAB-94011 is an LF obtained from the muscle of the species Scombrus scombrus, with anti-oxidant, anti-inflammatory, and bio-energising properties, with potential utility in several medical conditions such as anaemia, debilitating disorders, alterations in growth and development, vascular disease, and neurodegenerative disorders.

E-Congerine-10423 is an LP extracted from muscular structures of the species Conger conger. This compound displays a powerful anti-tumoral effect in many different tumor cell-lines, with specific effects in some solid tumors, sarcoma, liposarcoma, colon cancer, ulcerative colitis, and Crohn’s disease.

E-SAR-94010 (Sardilipin, LipoEsar®, LipoSea®) is an LP obtained from the species Sardina pilchardus. The main chemical compounds of LipoEsar® are lipoproteins (60-80%) whose micelle structure probably mimics that of physiological lipoproteins involved in lipid metabolism. In preclinical studies, sardilipin has been shown to be effective in (i) reducing blood cholesterol, triglyceride, uric acid and glucose levels, as well as liver alanine aminotransferase and aspartate aminotransferase activity; (ii) enhancing immunological function by regulating both lymphocyte and microglia activity; (iii) inducing antioxidant effects mediated by superoxide dismutase activity; and (iv) improving cognitive function.

This LP displays a powerful effect in the regulation of lipid metabolism, especially by reducing total-cholesterol and LDL-cholesterol levels in cases of dyslipidemia or hypercholesterolemia, and also acting as an effective co-adjuvant of statins. E-SAR is an excellent cardioprotector and is effective in liver steatosis and in cases of primary or secondary transaminitis. It is also a strong anti-atherogenic agent, reducing the size of atheroma plaques in systemic atherosclerosis. E-SAR has shown cognitive-enhancing properties in hypercholesterolemic patients with Alzheimer’s disease. The therapeutic response of patients with dyslipidemia to sardilipin is APOE-related. The best responders are patients with APOE-3/3>APOE-3/4>A POE-4/4. Patients with the other APOE genotypes (2/2, 2/3, 2/4) do not show any hypolipemic response to this novel compound. In patients with dementia, the effects of sardilipin are very similar to those observed in patients with chronic dyslipidemia, suggesting that the lipid-lowering properties of sardilipin are APOE-dependent.

E-JUR-94013 (DefenVid®) is an LF derived from the species Trachurus trachurus, with anti-inflammatory activity and powerful immune-enhancing properties in cases of immunodeficiency, microbial infections and/or diseases in which there is a functional compromise of the immune system. DefenVid significantly modifies white blood cell (WBC) numbers in a differential fashion, decreasing neutrophils, increasing lymphocytes, monocytes and eosinophils, and not affecting basophils. The effect of DefenVid is immunomodulatory due to the fact that in cases with high WBC numbers the general tendency is to reduce the excess of WBC, whereas in cases with low levels of WBC DefenVid tends to increase WBC, approaching normal levels. This immunomodulatory effect of DefenVid is influenced, in part, by SNP variation associated at least with the IL1B, IL6 and TNF genes, classically involved in neuroimmune regulation and inflammatory reactions.

In patients with an immunodeficient phenotype, DefenVid reduces blood cholesterol levels in over 60% of the cases, similarly to LipoEsar in dyslipidemic patients. A differential pattern of cholesterol response to DefenVid is also associated with the IL1B-T3954C, IL6-G174C, IL6R-A1510C and TNFA-G308A variants, which are involved in inflammatory reactions associated with atherogenesis. These data, together with those reported on the APOE-dependent anti-atherogenic effect of LipoEsar, suggest that this class of LFs might be useful in the prevention of arteriosclerosis and vascular risk, either peripheral or central, in the hypercholesterolemic population and in neurodegenerative disorders.