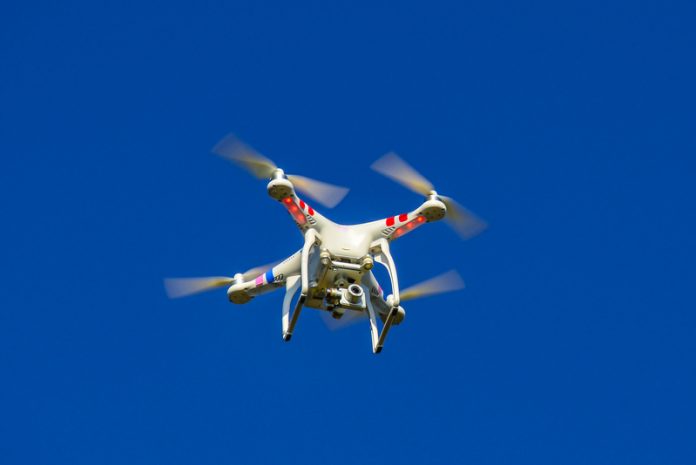 Technology is beginning to dominate our existence, with the use of smart phones, smart cameras, and even smart TVs. The latest gadget on the market is Drones. These small unmanned aircraft, also known as UAS, can be traced back over many decades through remote control ‘model’ aircraft and also through military uses, such as target drones and, more recently, as reconnaissance vehicles.

However, today these drones are not just used by the military but by organisations and companies such as Google and the BBC. The majority of drones in use are smaller types to film aerial shots for documentaries, films or for aerial surveys, but an increasing number are now being used for recreational purposes. At a conference in December last year, Gerry Corbett, UAS Programme Lead at the Civil Aviation Authority (CAA), expressed his disappointment at the lack of operators and developers coming forward to test larger unmanned aircraft systems in UK airspace.

Here, he tells Editor Laura Evans about the type of drones we are seeing in UK airspace and the challenges in regulating them.

“We are seeing a lot more coming into use. However, they are nearly all small ones,” explains Corbett. “What I mean by small are the types similar in size to radio-controlled model aircraft, all of which weigh less than about 20kg. There’s not much coming along in terms of what you’d equate more to a ‘traditional’ manned aircraft.

“Improvements in technology and a reduction in price means there has been a big explosion at the smaller end of the scale in the leisure and recreational market. At the same time we have seen a steady increase in the number of applications to use them for work purposes, and it’s only in the last year or so that people have started using them for recreational photography.

“In terms of the larger models, the sector hasn’t come on as much,” he adds. “The industry needs to develop the technology that would allow larger systems operate beyond visual line of sight. I also think that industry is still looking for suitable non-military applications.”

The Civil Aviation Authority (CAA) is the statutory organisation that oversees and regulates all aspects of civil aviation in the UK. They are responsible for enhancing aviation performance security and improving environmental performance through more efficient use of airspace. The CAA regulates approximately 19,000 aircraft registered in the UK. However, as Corbett explains regulating the smaller drones can be tricky due to the vast amount that are sold.

“In general terms the legislation is identical to what you use for manned aircraft,” he says. “My message has often been – they may be unmanned, but they are still aircraft, and they still have to fit in with the rest of the UK airspace users.

“It is difficult to actively police the operations of the smaller ones; we can’t go out and ‘approve’ every single flight, nor should we have to. It is generally dealt with by default. We work with the police to identify when unmanned aircraft are being misused, as it is more of a nuisance issue.

“Certainly for the smaller models our main priority is to deal with aviation safety, in terms of other aircraft rather than the risk to the public.”

The CAA has recently suggested that current regulations may need revising. Corbett said with technology evolving so quickly and the way the drones are used changing constantly the regulations will need to be amended to make sure that they are still relevant. “The regulations are all designed with safety in mind, either public safety or safety to other aircraft,” explains Corbett. “Regulations regarding smaller aircraft might need some revision. The cameras are smaller since we first wrote the regulations. Therefore, the aircraft have become smaller too and, one could argue, as a result they present much less of a safety risk.

“I will say certainly that for the small drones our main priority is to deal with aviation safety. A drone hitting a manned aircraft could be catastrophic. People thoughtlessly flying at heights where they can no longer see their drones are of particular concern to us at the moment; by wilfully flying out of your sight, you have no way of seeing, or avoiding, other aircraft and so the risk of a collision is much greater.”

Drones can pose a substantial risk to the general public too. While anyone can own one of these new gadgets there are still some very specific regulations in place when flying them as, even though they may be thought of as toys, they must still be used in a responsible manner.

Safety is the CAA’s key priority when it comes to regulating these small unmanned aircraft. Regulations 1 state that when flying the smaller remote control models they must remain within your sight at all times. The owner is not permitted to fly the UA within 50m of a person, vehicle or building, and must keep a greater distance away from large groups of people or congested areas. In January 2010, the CAA introduced new regulations that require operators of small unmanned aircraft used for aerial work purposes or equipped for data acquisition and/or surveillance to obtain permission before commencing a flight.

“Aviation regulations are contained in something called the Air Navigation Order,” explains Corbett. “There are specific articles in the Order that refer to small unmanned aircraft – which is anything of 20kg or less. In addition, other articles deal with endangerment and cover reckless or negligent use – in simple terms, we expect people to operate responsibly, and to respect the safety of other people. Obviously, we are most particularly concerned about drone users endangering another aircraft.

“We also have a guidance document called CAP722 2 which is the UK’s document on how to deal with and fly unmanned aircraft according to the law.

“We advise people to prove to us the unmanned aircraft is safe to use. Rules and regulations are there for a reason. From our point of view at the CAA it’s all about safety.”

It remains to be seen if these unmanned aircraft will become more extensively used on a much bigger scale. Corbett believes due to the benefits they can offer there will be an uptake in the number of smaller models in use.

“The small ones are certainly being used more widely for things such as aerial photography,” he says. “The ability to fly gives you a better, or a different, view of things. Certainly there are numerous television shots that have been achieved with unmanned aircraft.

“With the larger unmanned aircraft the benefits are that the endurance limitations of a human pilot within an aircraft are removed, therefore flight for much longer periods over several days, or even months, are possible.

“The main challenge with the larger aircraft is proving beyond doubt that they are safe to fly,” he adds. “In other words are they airworthy enough and how do you avoid collisions with other aircraft? Collision avoidance is one of the major hurdles the sector has to tackle. In that respect, the full potential of unmanned aircraft is still to be realised.”