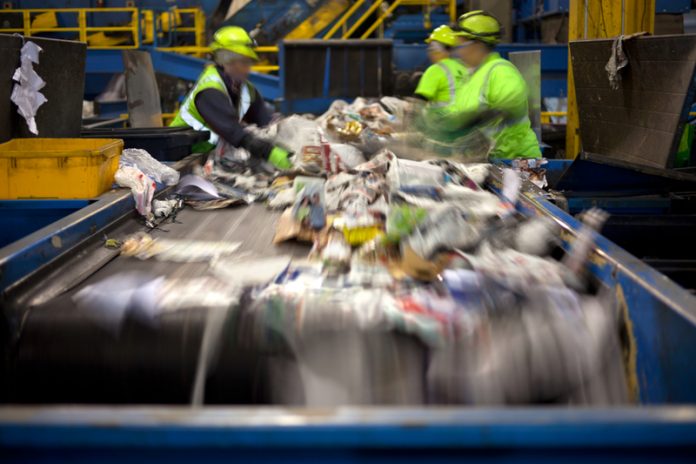 Recycling rates in England drop to a new low which could lead to the UK missing EU targets, according to new government figures

The figures show that recycling rates in England are the lowest they have been for the first time since 2012.

According to figures, the amount of rubbish sent to recycling plants by households had been steadily increasing for more than a decade, but flat-lined for three years recently.

Due to this, the UK as a whole could be guaranteed to miss the EU target of recycling at least 50% of its household waste by 2020.

England’s size means it accounts for much of the rubbish the country produces, with Wales far ahead with households recycling 61% of waste and Scotland on 44%.

According to the Office of National Statistics, the total amount of waste generated by households was slightly down in 2015, at 22 million tonnes in total.

Budget cuts could be responsible for a drop in recycling

In the UK, Newham borough in London is recorded to have the lowest recycling rate at 15%, and South Oxfordshire district council has the highest at 67%.

“ESA warned at the time that without policy interventions, England in particular, would see a drop in the recycling rates.”

The drop in England recycling rates could be due to budgets cuts within local authorities and government.

Huge budget cuts to the government’s main body tasked with cutting waste and driving up recycling were seen in recent years. As well as cuts to Wrap’s budget which was down from 37.9m in 2011 to £17.9m in 2014.

The drop in England recycling rates could be embarrassing for government Ministers who have pledged to lead the first government to leave the environment better than they found it.