“Excessive and inappropriate use of antibiotics and poor infection control practices have progressively turned AMR into a massive threat for humankind. With rising resistance and no action, we would be facing a return to the pre-antibiotic age, where people died from common infections and minor injuries. This would have major consequences for people’s health and for the economy, not only in Europe, but right across the world.”

Antimicrobial resistance and the cost of inaction

The introduction of the first antibiotic in the 1940s marked a true turning point in human history. For the first time, once-deadly infectious diseases, such as pneumonia and bloodstream infections, became manageable health problems; new horizons for modern medicine were defined. Bacterial infections were considered to be permanently defeated.

However, the misuse of antibiotics worldwide has eroded their efficacy and antibiotic-resistant bacteria have rapidly emerged and spread across the globe. The World Health Organization (WHO) reports that we have arrived at a point where the pandemic of antibiotic resistance has become a global health crisis. Nowadays, patients are facing a new health threat: Not having a working treatment for their disease.

Resistant bacteria kill 25,000 patients annually in the European Union, with extra healthcare costs and productivity losses of €1.5 billion each year. The cost of inaction is projected to result in 10 million deaths globally per year and a cumulative loss of over €88 trillion to the world economy by 2050.

The role of prevention and diagnostics in fighting AMR

As Honorary President of Health First Europe, I emphasise the role of prevention and diagnostics in fighting antimicrobial resistance. Preventing and detecting infections is essential to reduce antibiotic use in healthcare settings and therefore decreasing the risk of developing resistance. Diagnostic tests represent significant tools to prevent the over-prescription of antibiotics. Also, identifying resistance and the correct, targeted antibiotic therapy through diagnostic tests can play a decisive role in patient outcomes.

Research and innovation need to be supported at the national, European and global level. It is necessary to support the development of new funding and business models, including public-private partnerships to foster research and improve access to innovative technological solutions that help to prevent and control AMR/HAIs.

The need for reinforced action to fight AMR

The latest meeting of the European Parliamentary Interest Group on Innovation in Health and Social Care, held in November 2016, discussed the role of innovation in preventing, screening and tackling AMR and HAIs to improve patient safety.

I wholeheartedly believe there is a need for continued efforts in fighting AMR, to improve patient safety. In order to succeed, a holistic approach is needed. Member States need to share knowledge, experiences and new strategies, raising the importance of screening patients for infections, investing in new vaccines, as well as encouraging hospitals to publish data on infection and resistance rates so that patients can make more informed choices. A joint effort and shared practices will help all European citizens, organisations and institutions make smart choices and investments to curb the entry and spread of highly resistant bacteria in all healthcare facilities. 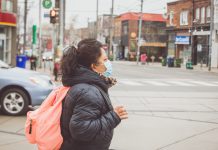 Circulatory and respiratory health in Canada 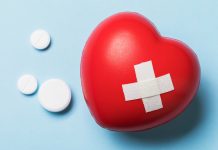