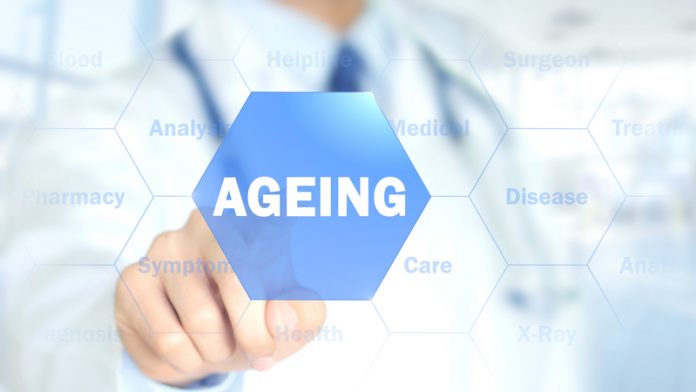 In the study, NIH scientists found that altering the activity of a gene call Cdk5 appeared to make the clocks run faster than normal, and the flies older than their chronological age.

This caused the flies to have problems walking or flying later in life, to show signs of neurodegeneration, and to die earlier.

“We tried to untangle the large role ageing appears to play in some of the most devastating neurological disorders,” said Edward Giniger, Ph.D., senior investigator at the NIH’s National Institute of Neurological Disorders and Stroke and the senior author of the study published in Disease Models & Mechanisms. “Our results suggest that neurodegenerative disorders may accelerate the ageing process.”

The results found that the normal flies used in the study lived for 47 days. To create a genetic clock, Dr. Giniger’s team measured the levels of every gene encoded in messenger RNA molecules from cells from the heads and bodies of flies at 3, 10, 30 and 45 days after birth.

This allowed the researchers to use advanced analysis techniques to search for the genes that seemed to be sensitive to ageing, and create a standard curve, or timeline, that described the way they changed.

When they performed the same experiments on 10-day-old mutant flies and compared the results with the standard curve, they found that the flies were “older” than their chronological age. Altering Cdk5 activity made the brains of the flies appear genetically to be about 15 days old and their bodies to be about 20 days old.

Preclinical studies suggest that Cdk5 is a gene that is important for the normal wiring of the brain during early development and may be involved in some neurodegenerative disorders, including ALS, Parkinson’s and Alzheimer’s disease.

More analysis showed that altering Cdk5 activity changed the level of several groups of genes that were also affected by ageing, including those that control immunity, energy, and antioxidant activity.

To explore this idea further, the researchers tested the strength of the flies’ antioxidant defenses against toxic versions of several chemicals found in cells called oxygen free radicals. Initial experiments showed that ageing reduced these defenses in normal flies. Three-day-old healthy flies lived for about 100 hours after exposure to free radicals, and that time decreased with age. In contrast, the defenses of Cdk5 mutant flies were even weaker as they died sooner than the control flies at all ages.

“Our results suggest that ageing may not just predispose an individual to degeneration, as we thought. Acceleration of ageing may actually be part of the mechanism by which degenerative disease disrupts the structure and function of the brain,” said Dr. Giniger.

“We hope that our approach will help researchers untangle the mysteries behind several neurodegenerative disorders.”