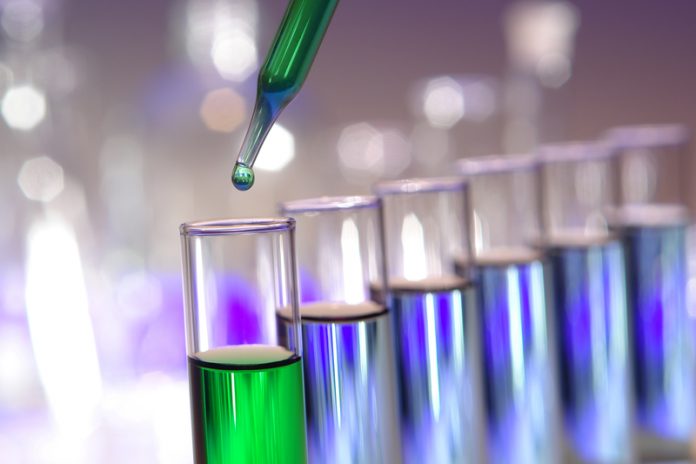 Martin Warren, Professor of Biochemistry at the University of Kent and co-director of the Metals in Biology Network describes how a recent meeting of academic and industrial scientists helped to cross-fertilise research on the role of metals in the sustainable production of chemicals and the removal of pollutants

It is well known that metals play key roles in many essential biological processes and indeed, it has been estimated that nearly a third of proteins and almost half of all enzymes are associated with at least one metal (1). Given the biological importance of metals, one of the Networks in Biotechnology and Bioenergy set up by the BBSRC to promote collaboration between academia and industry (2) was entitled Metals in Biology. Many metals — in particular iron, copper and nickel — also have unique properties that endear them to specific functions in the production of industrially useful chemicals from gases by biological organisms. Indeed, another BBSRC Network, known as C1net, aims to understand the processes associated with gas fermentation and to realise the potential of this through commercial application. Given the shared interest of the role of metals in biological processes, such as gas fermentation, members from the two networks recently met in Canterbury to explore the scope for joint research.

A better knowledge of the important role of metal-containing enzymes that are used in gas fermentation could aid the production of low-carbon fuels and chemicals, as well as, reduce pollution caused by greenhouse gasses and other waste products. Iron is known to be central to the role of a range of hydrogenases as well as methane mono-oxygenase and carbon monoxide dehydrogenase. Copper is involved in the function of particulate methane monooxygenase. However, nickel wins the title for being the most versatile in terms of its involvement with gas biogenesis; it is linked with eight enzymes that are associated with the production or use of methane, carbon monoxide, carbon dioxide, hydrogen, ammonia and oxygen (3).

The production of fuels and chemicals from gases often uses microbes that have been re-engineered using biotechnology processes to optimise the supply of metals to their enzymes; this re-engineering process referred to as synthetic biology. So understanding how metals are handled and stored within the microbes will help generate synthetic metal supply systems that can be incorporated into microbes to allow them to produce chemicals both efficiently greenly. Moreover, synthetic biology offers the opportunity to incorporate non-biological metals into novel cellular processes, allowing the chance to employ metals such as palladium or platinum, which are currently used as catalysts in many chemical reactions.

With this in mind the meeting in Canterbury brought together academic scientists and industrialists with shared interests in exploiting the power of metals for the use of C1 gases (that is, gases containing one carbon atom) in chemical production systems and other applications such as bioremediation – the use of biological organisms to remove or neutralize pollutants. Nigel Minton introduced C1net and the Synthetic Biology Research Centre at the University of Nottingham, which together aim to facilitate the enhanced production of commodity chemicals such as hydroxypropionic acid, isoprene, ethylene, isobutene, propylene and butadiene from either carbon monoxide or carbon dioxide. He highlighted that although challenges remain concerning the use of some gas-fermenting microbes — such as acetogens (microbes that generate acetate) and methanotrophs (microbes that metabolise methane) —the potential very much exists for the redesign of their metabolism.

Therefore, there is a need to understand the full repertoire of cellular components and other cofactors that aid the supply of metals to enzymes. In this respect, Peter Chivers (Durham University) was able to outline the challenges and problems associated with intracellular metal supply. He explained how it may be possible to reset metallosensors to allow the incorporation of suitable levels of proteins in recombinant strains of microbes. Developing the theme of the redesign of enzymatic function, Frank Sargent (University of Dundee) described how his team were able to engineer an hydrogenlyase enzyme to allow it to fix carbon dioxide into the more environmentally friendly formate.

Companies such as AlgaeCytes explained their remit, which included developing healthcare, personal care and agro-science products from algal extracts. Their technology will allow them to produce antimicrobials that interfere with metal handling, production of metal-related nutrient supplements (such as vitamin B12) and the synthesis of high-value industrial feedstocks, all from renewable sources. Mike Allen (Plymouth Marine Laboratory) developed the algae theme further, explaining how algae can be used in the remediation of potentially pollutant metals from contaminated sites. He also described a novel technology — known as vortex bioreactors — that was developed to recover and purify products from biofuel production, yet now has the potential to facilitate waste water treatment in low-income countries.

The idea of compartmentalisation of metabolic processes in cells was introduced by Jon Marles-Wright (University of Edinburgh) as a way of enhancing not only metabolic flux (the turnover of molecules through a metabolic pathway) but also for metal storage in the form of ferritins. He revealed how ferritins store iron within a protein cage and how their biochemical features can be exploited for the production of metal nanoparticles, which could have a broad range of medical and biological use. Bernhard Golding (NewChem Technologies and University of Newcastle) provided an education on the amazing reactions catalysed by the biological forms of vitamin B­12, which are often involved in enzymatic catalysis that proceeds through mechanisms involving free radicals. This led to a further discussion among delegates about the advantages of anaerobic fermentation, which generally employs a greater array of radical chemistry than aerobic fermentation and has the potential to be exploited for industrial biotechnology uses.

Tom Smith (Sheffield Hallam University) returned to the problems of methane oxidation by discussing research he has been undertaking with Colin Murrell at the University of East Anglia. Together they have been looking at the soluble methane monoxygenase. Using a recombinant system, they have gained new insights into the use the enzyme to oxidise a range of other organic substrates. As such the enzyme could have uses in bioremediation of methane and in the synthesis of fine chemicals. Hendrik Schäfer (University of Warwick) talked about a novel but widespread copper-dependent enzyme that is associated with the biogenesis of methanethiol (a naturally produced gas with a putrid smell). His ideas on C1 gas-degrading bacteria included their use for the deodorisation of waste gas and the purification of sulphur-containing gases from feedstocks.

The workshop revealed a broad range of interests across the biological metal-sphere and the application of this expertise to C1 gas fermentation. The meeting also had attendees from the Universities of Kent, Durham, Greenwich, Southampton, Dublin, and Sheffield and further afield from Ulm, Germany, as well as, delegates from the biotech companies ZuvaSyntha, Green Biologics, Sasol, Chain Biologics and Hgen Cleantech. What became clear was that the imagination of synthetic biology approaches has to be met with the careful design of appropriate metal supply systems to allow for the integration of the metal species in a form that allows for full functionality of the enzymes. Moving forward, several of the attendees are planning collaborative projects to valorise ideas discussed at the meeting.

3. Ragsdale SW. Biochemistry of methyl-coenzyme M reductase: the nickel metalloenzyme that catalyzes the final step in synthesis and the first step in anaerobic oxidation of the greenhouse gas methane. Met. Ions Life Sci. 14: 125-145 (2014).

School of Biosciences, University of Kent 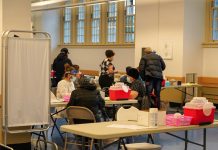 FDA approves the Johnson & Johnson vaccine for use

The window for convalescent plasma donation is just under two months

1.17 million doses of the AstraZeneca vaccine could expire in Germany

How SMEs can help drive the UK’s Digital Strategy