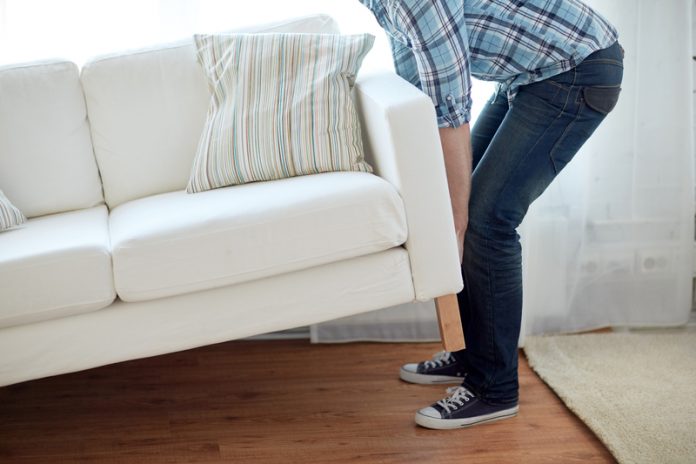 Imagine a world where pushing a sofa with your friends sitting on it would be easier than pushing it unloaded! Imagine a world where you could adjust the grip of your running shoes just with a jogwheel! Imagine a world with frictionless surfaces, enabling transport of objects with a negligible lateral force! Such extraordinary objects are not just science f(r)iction, they can soon become reality in the rising world of frictional metamaterials!

Metamaterials are materials featuring un-natural capabilities, due to a specific engineering of their microstructure. In optics, researchers can now create objects that cannot be seen, nearly matching the invisibility cloak of Harry Potter. In acoustics, they can create walls that do not reflect sound, or design cities that would not shake during an earthquake. In mechanics, they can prepare materials that become thicker when stretched. So far, nothing similarly exciting has been achieved in the field of friction.

Friction is recognised to be one of the most challenging topics of mechanical science, because it is a multi-scale (from your tyre, down to its molecular compounds) and multi-physics problem, tightly coupling mechanical, thermal, chemical and electrical phenomena. And indeed, after more than 500 years of investigations, pioneered by Leonardo da Vinci, no one is currently able to predict the resistance to motion of a given interface from first principles. However, I claim here that we currently know enough to design and create surfaces with unprecedented frictional properties.

To understand how this is possible, let us have a look at the way real surfaces make contact and rub on one another. The main point is that all surfaces are rough, at a scale or another, be it the atomic roughness of a cleaved crystal.

What happens now when the contact is pushed laterally and driven towards sliding? Each micro-contact will deform, until it ruptures and starts to slip. The second robust result is that the total lateral force necessary to rupture all the micro-contacts (the friction force) is proportional to their overall surface, which is precisely the true contact area. Combining the two above-mentioned results leads to the friction force is proportional to the slider’s weight. The proportionality constant is the so-called friction co­efficient, which is most often considered sufficient to quantify the frictional properties of a pair of materials in contact.

Instead, it is clearly insufficient to describe the desired situations mentioned in the opening, where one would like to have a sofa with various friction coefficients depending on the weight or to tune reversibly the friction co­efficient of his running shoes. Is there a robust surface design strategy to obtain pre-defined, and sometimes otherwise unreachable, frictional properties?

I propose to create rough surfaces by placing individual asperities one by one, each with a well-defined location, shape, material and altitude. Doing so, one will control the exact way the area of true contact grows with the weight, through the involvement of more and more of those asperities. Such a control is perfectly reachable using the current knowledge about how single micro-asperities with simple shapes (spherical for instance) deform under load. By changing the way rough surfaces are usually organised (see figure), we will be able to access new frictional behaviours, much richer than the mere proportionalities Nature can offer.

Despite its simplicity, such a design strategy actually represents a change in paradigm in how we study friction. So far, research in the field of friction has been mainly descriptive. Although this is still the right strategy to tackle important issues about natural systems (earthquakes for instance), our approach to manufactured systems is ready to become more active and creative. We can now start from the desired behaviour and then create the specific meta-surface that will produce it.

One major advantage of this new paradigm is that technologically speaking, it is not limited to a single length scale. It can be applied using any means of surface manufacturing available, from micro-milling at (sub-) millimetre scales, to lithography techniques (those used for instance in the micro-electronics industry) at micrometre scales, through 3D printing.

Producing surfaces with pre-defined frictional properties is very well. But it would be great to switch between different such properties during the lifetime of a given object. And it would be even greater to be able to actually control the friction level in real time, for instance just using a remote control! Analogous programming or tuning capabilities are currently achieved in the growing field of smart materials, for instance with shape-changing aeroplane wings, by introducing actuators in their structure. So, why wait to import those advances into the field of friction?

In the country of frictional meta-surfaces, imagination is in power!