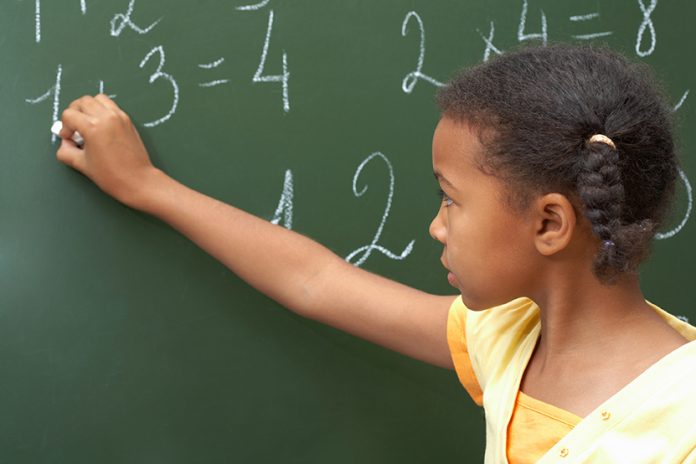 Numerical cognition is essential to many aspects of life and arithmetic abilities predict academic achievements. Acquiring a solid sense of numbers and being able to mentally manipulate numbers are at the heart of this ability. Children with poor numeracy are at a disadvantage in both academic and everyday life situations (e.g., handling money). Adults with poor numeracy are more than twice as likely to be unemployed as those who are numerically competent. Poor numeracy often means low financial proficiency, with negative consequences for economic wellbeing. However, it is also clear that studying arithmetic is not simple and is extremely difficult for those who suffer from specific learning disabilities in arithmetic, henceforth termed developmental dyscalculia (DD).

In recent years, research in numerical cognition has expanded and we have witnessed a flourishing field with research aiming to advance our knowledge, unravelling the building blocks of numerical cognition and its development. Research in the area of numerical cognition has led to a widely accepted view of the existence of innate, domain-specific, core numerical knowledge based on the ability to perceive and manipulate discrete quantities (e.g., enumeration of dots). Moreover, a deficiency in this core knowledge is thought to be the basis for arithmetic disability (i.e. DD). Many believe in the existence of 2 systems. One system represents large, approximate numerical magnitudes (i.e., the approximate number system, ANS). The second system, devoted to small sets of objects (1-4 objects), is based on the ability to simultaneously track several objects separately and enables the precise knowledge of the number of objects. However, as is the case in many other research areas, questions and doubts regarding accepted views continuously fuel research and bring up new developments and insights.

Much of the research in the area of numerical cognition has targeted numerical abilities and accordingly, employed tasks that involved discrete variables like arrays of dots or revolved around enumeration or estimation of the number of presented dots or objects. In contrast, recent research has turned the spotlight toward non-countable, continuous variables (e.g., how much water is contained in the glass or which glass has more water?). Such research was triggered by various observations like the following: (a) Arrays of items (used to study numerosity – the number of items in an array) are always confounded by various continuous properties like area or density. It is clear that these continuous properties are naturally correlated with numerosities. (b) One such continuous property, size, seems to be a basic property of objects that infants notice early in life. (c) Symbols that are employed in our mathematical system (e.g., 2, 5) are intimately associated with sizes and other non-countable dimensions (e.g., area, brightness). These observations and research suggested that perception of continuous properties might be important to the development of arithmetic. Accordingly, we suggest that a relatively neglected aspect of performance – the ability to perceive and evaluate sizes or amounts – might be an important foundation of numerical processing. This ability might even constitute a more primitive system that has been used throughout human evolution as the basis for the development of the number sense and numerical abilities.

We devoted effort to study these issues. Our research is carried out at the Cognitive Neuropsychology Laboratory, at the Ben-Gurion University of the Negev. It has been supported by a grant from the European Research Council (ERC) for the project titled Size Matters in Numerical Cognition (SMiNC). To convey the flavour of our experimental work, let me give an example of the studies of the relationship between numbers and sizes. One of the first demonstrations of the intimate connection between numbers and sizes was the size congruity effect or sometimes referred to as the numerical Stroop effect. In experiments designed to examine this effect, participants are presented with 2 digits that differ in both numerical value and physical size. The pair of digits can be congruent (when the numerically larger digit is also physically larger) or incongruent (when the numerically larger digit is physically smaller). Participants are presented with such pairs of digits and are asked to decide which one is larger physically or numerically. The physical task (i.e., decide which digit is larger physically and ignore the numerical values) and the numerical task (i.e., decide which digit is larger numerically and ignore the physical sizes) are carried out in separate blocks of trials. The size congruity effect is indicated by a slower response to incongruent than to congruent trials and appears both when the physical sizes are relevant and numerical values irrelevant, and vice versa. The effect appears not only with digits but also with number words. Moreover, a similar effect appears with other non-countable dimensions like luminance. Similar effects have been found with objects (e.g., a small violin presented simultaneously with a larger banana). Importantly, we found that participants who suffer from DD show deficiency in both the numerical size congruity effect, as well as in the object congruity effect.

What are the foundations of numerical processing?

We suggest that routines and neural structures built for size judgments were made available to other systems through evolution, allowing for the development of an exact numerical system. Non-countable representations and the ability to perceive and evaluate sizes or amounts were essential for such development. Note that this fits in with the idea put forward by Piaget that continuous spatial extent serves as the antecedent to a child’s concept of discrete numbers. In order to gain a comprehensive picture of numerical cognition, there is a need to study the ability to perceive and evaluate sizes and amounts, and their relationship to the development of the numerical system.

Henik, A. (Ed.). (2016). Continuous issues in numerical cognition: How many or how much. New York, NY: Academic Press. A book that includes chapters that discuss many of the issues raised in the current article.

Ben-Gurion University of the Negev