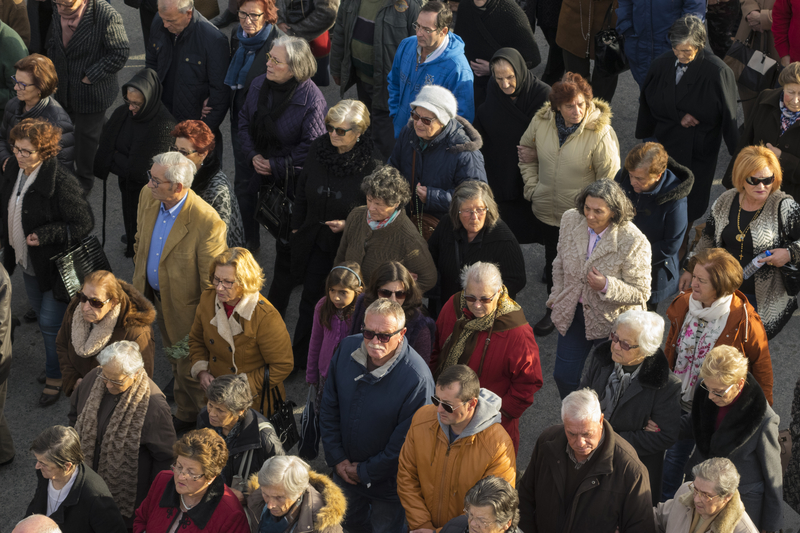 With people living longer, and health systems under strain, AG looks at the worldwide impact of an ageing population.

The World Health Organization (WHO) predicts that between now and 2050, the number of people over the age of 60 worldwide is likely to rise, from 11% in 2000 to 22%. The proportion of over 60’s is expected to increase from 605 million to 2 billion over the same period. The biggest concern with these figures is the detrimental impact an ageing population can have on our health systems.1

In November 2014, Dr John Beard, Director of the Department of Ageing and Life Course at WHO warned that, “Deep and fundamental reforms of health and social care systems will be required.” 2

As people reach age 75 and over, the risk of chronic diseases can increase. It is estimated that around 25-30% of people aged 85 or older will have some degree of cognitive decline, such as dementia. If we continue to see a rise in the number of people that can no longer look after themselves, it will have a huge bearing not only on social care services, but also the economy.

For the first time in history, it is predicted that by 2020 the number of people aged 60 or over will outnumber the number of children aged under 5. Worldwide expectancy will continue to rise with 80% of these older people believed to be living in low-income and middle-income countries, says The World Health Organization (WHO). The long-term challenges of illness and reduced wellbeing will not only affect the patient, but also their family. With forecasts predicted to accelerate, latest estimates indicate that the number of people with dementia is anticipated to rise further, from 44 million in 2014, to 135 million in 2050.

Dr Ties Boerma, Director of the Department of Health Statistics and Informatics at WHO said, “We must be careful that these reforms do not reinforce the inequalities that drive much of the poor health and functional limitation we see in older age.

“While some interventions will be universally applicable, it will be important that countries monitor the health and functioning of their ageing populations to understand health trends and design programmes that meet the specific needs identified.”

Dr Boerma added: “Cross-national surveys such as the WHO study on Global Ageing and Adult Health (SAGE), the Gallup World Poll, and other longitudinal cohorts’ studies of ageing in Brazil, China, India and South Korea, are beginning to redress the balance and provide the evidence for policy, but much more remains to be done.”

WHO believes that strategies are needed to help prevent and better manage chronic conditions that blight ageing populations. “Collectively, we need to look beyond the costs commonly associated with ageing to think about the benefits that an older, healthier, happier and more productive older population can bring to society as a whole,” added Dr Chatterji, also from the Department of Health Statistics and Information Systems at WHO.

Francesca Colombo, Head of the Health Division at the OECD told AG 3 that she believes an ageing population is “an opportunity,” and that we need “to take ageing as something to celebrate.” She believes that encouraging healthier lifestyles early in life can help to prevent the development of chronic diseases, and other disabilities. However she explained it is vital services do not become over stretched to help deal with the ageing population.

She said: “Health systems must adapt to changing patterns of morbidity and disease burden. Health systems across the OECD are still too much hospital focused and struggle to innovate approached to care for an ageing population.

“The way health systems have developed is more orientated towards the treatment of disease and dealing with acute episodes of care, rather than focussing on preventing ill health, managing chronic care needs and encouraging continuity of care.”

She added that GPs and primary care providers should play a more central role, working alongside community health and social care services.

WHO have launched a draft ‘Global Strategy and Action Plan on Ageing and Health’ 4 The Strategy aims to define the goals, strategies and actions that WHO will pursue, and to clearly lay these out for public health action. With the Strategy WHO aim to provide a comprehensive framework for action on ageing and health, identify gaps and suggest future priorities. Strategic objectives for the next 5 years are:

– Fostering healthy ageing in every country;

– Aligning health systems to the needs of the older populations;

The draft Strategy is currently open for consultation, and an updated version is to be presented to the WHO Executive Board in January 2016.