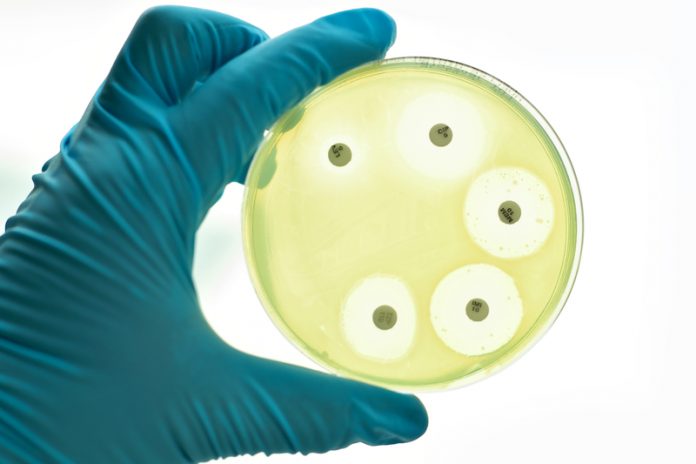 Gabriel Wikström, Swedish Minister of Healthcare, Public Health and Sports, discusses the need for leadership and action in the global fightback against AMR

For the first time, antimicrobial resistance (AMR) is being actively discussed on a much wider stage than just by health experts and scientists. A high-level meeting on AMR was recently held during the UN General Assembly – with good reason.

In 1945, Alexander Fleming held his Nobel Lecture in Stockholm City Hall, having recently won the Nobel Prize in Medicine for the discovery of penicillin. “One note of warning,” he said. “It is not difficult to make microbes resistant to penicillin in the laboratory […] and the same thing has occasionally happened in the body.”

Unfortunately, far too many decades passed before enough momentum had gathered for this problem to be addressed.

Sweden has a long tradition of working to combat AMR. A combination of highly engaged individuals and a coordinated ‘One Health’ policy has largely been successful. Today, the situation in Sweden is relatively favourable in both the human and animal sectors. But much still remains to be done. In a globalised world, people, animals, food and other goods cross borders every day. This means that health threats do as well.

The Alliance of Champions

A growing momentum – and an increasing number of allies in a growing number of countries – in combination with hard work eventually led to the Member States of the World Health Organization (WHO) adopting a global action plan on AMR in May 2015. At the same time, a call for a high-level meeting in the UN General Assembly was made, and an initiative taken by Sweden and the United Kingdom resulted in founding the Alliance of Champions – including over a dozen health ministers – to work towards the high-level meeting and the implementation of the global action plan.

Later that year, the UN Food and Agriculture Organization and World Organisation for Animal Health adopted the same global action plan. And we eventually brought about the high-level meeting.

Is AMR worthy of such attention? Undoubtedly, yes. The AMR review by Lord O’Neill showed that by 2050, the number of deaths due to resistant microbes will have increased from about 700,000 per year today to around 10 million. This is more than the current annual death toll from cancer.

Importantly, we are also starting to get better data on the economic and social consequences of AMR. The World Bank recently published a report demonstrating that drug-resistant infections have the potential to cause a level of economic damage comparable to that caused by the 2008 financial crisis.

The report also shows that low- and middle-income countries are being hit the hardest.

This is part of the reason why the fight against AMR is so closely connected to the work of implementing the 2030 Agenda for Sustainable Development. And not just Goal 10 on reducing inequalities within and among countries, but more particularly Goals 1, 2 and 3 on poverty, food security and health. Naturally, other goals are also connected to this work.

So, what do we need to do? An integral part of the work ahead is the development and implementation of the national action plans that all countries have committed to. Specific measures need to be adapted to different countries’ varying circumstances and across different sectors, with a clear One Health perspective. Sweden, for example, recently adopted an updated national strategy to complement its existing action plan. The national action plans must be linked to the general development of strong health and veterinary systems. Strong systems are the only way we can ensure access to antibiotics for those in need and yet avoid excess and unnecessary use.

Surveillance to inform public health action is an important part of health systems. The Public Health Agency of Sweden is contributing to the recently launched Global AMR Surveillance System via both WHO and bilateral cooperation. And a WHO Collaborating Centre was recently inaugurated at the Agency. Sweden is also involved in other efforts, and other countries are doing their part, for example, concerning funding for new antibiotics.

A long road ahead

We need to cooperate and provide support to other countries in order to tackle AMR. In this regard, the European dimension is valuable. The EU has been an important actor and provides a platform for European countries to exchange experience and coordinate amongst themselves. In addition, legislation in some crucial areas is partially decided at European level, for example in the agricultural and pharmaceutical sectors.

But everything currently being done to combat AMR is not the end, nor even the beginning of the end, of the battle. It is rather the start of a long period of hard work ahead of us. The resolution from the high-level meeting gives us a good foundation, and the ad hoc interagency coordination group and the Secretary- General’s follow-up report to the General Assembly are essential parts of this.

Now, we just need to get out there and do it. Otherwise, the 2030 Agenda, or even more than that, will be at risk.