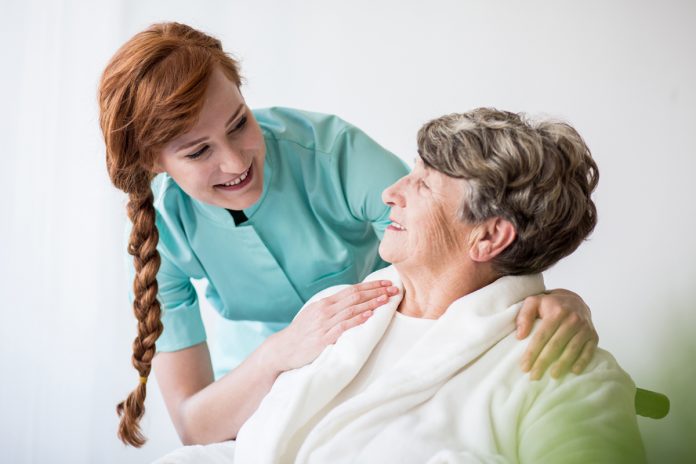 Ai-Ling Lin PhD, of The Lin Brain Lab talks about the reversal of cognitive decline in Alzheimer’s disease with comprehensive and personalised nutrition

Alzheimer’s disease (AD) represents the most common cause of dementia, accounting for 60% to 80% of all dementia cases. There are currently only a few interventions that have been approved for the treatment of AD, but none have shown a clear effect on disease progression. Between 2002 and 2012, 99.6% of clinical trials on AD failed, showing the highest failure rates of any disease area. In the last 14 years, no new drugs have been released and existing drugs only stabilise symptoms temporarily in some patients, but do not slow progression of the disease. One of the major contributors for the failure is to focus on the wrong target. Until now, companies have mostly gone after the same target – amyloid-beta (Aβ) proteins that form aggregates or plaques in the brain of AD patients. This has led some to question whether treating AD with a single target-based approach is an optimal one.

Accumulating evidence shows that decades before the aggregation of Aβ, cognitively normal individuals had developed metabolic deficits, including significantly reduced brain glucose utilisation. Failure to maintain brain metabolism has been shown to lead to neuronal death, brain volume shrinkage, and ultimately, dementia. Therefore, interventions that are able to restore brain metabolism would be critical to preserve cognitive functions. In particular, therapies that target on multiple metabolic networks, rather than a single target-based approach, may be potentially more effective for the treatment of cognitive decline due to AD.

In a recent exciting study, Dr. Dale Bredesen (Buck Institute, CA, USA) demonstrated that cognitive decline due to AD is reversible using comprehensive and personalised nutritional interventions (Bredesen, 2014). The report described a therapeutic programme that involves multiple modalities designed to achieve metabolic enhancement for neurodegeneration (MEND). The first 10 patients who have utilised this program include patients with memory loss associated with AD, amnestic mild cognitive impairment, or subjective cognitive impairment. Nine of the 10 displayed subjective or objective improvement in cognition beginning within 3 to 6 months, with the one failure being a patient with very late stage AD. Six of the patients have had to discontinue working or were struggling with their jobs at the time of presentation, and all were able to return to work or continue working with improved performance. Take one case as an example – a 67-year-old woman presented with 2 years of progressive memory loss. She held a demanding job that involved preparing analytical reports and traveling widely, but found herself no longer able to analyse data or prepare the reports, and therefore was forced to consider quitting her job. She noted that when she would read, by the time she reached the bottom of a page she would have to start at the top once again, since she was unable to remember the material she had just read. She was no longer able to remember numbers, and had to write down even 4-digit numbers to remember them. She also began to have trouble navigating on the road: even on familiar roads, she would become lost trying to figure out where to enter or exit the road. She also noticed that she would mix up the names of her pets, and forget where the light switches were in her home where she’d lived for many years.

She enrolled in the MEND program with the following therapeutic protocols:

The MEND programme has helped her restored systematic metabolism, including the brains. After 3 months she noted that all of her symptoms had abated: she was able to navigate without problems, remember telephone numbers without difficulty, prepare reports and do all of her work without difficulty, read and retain information, and, overall, she became asymptomatic. She noted that her memory was now better than it had been in many years. Two and a half years later, she remained asymptomatic and continued to work full-time. Similarly, in another 8 patients, improvements were sustained; even after 2 and a half years follow-up, the patients still showed sustained and marked improvements.

The results suggest that at least early in the course, cognitive decline is driven in large part by metabolic processes. With comprehensive and personalised nutrition, memory loss in patients with the early phase of AD may be reversed, and improvement sustained, with the therapeutic program such as MEND. Given the failure of monotherapeutics in AD to date, the results raise the possibility that MEND might be a future solution for restoring cognitive functions and preventing the onset of AD.

As mentioned in our previous reports, brain metabolic function changes can be early detected using non-invasive neuroimaging. The combination of neuroimaging technology and personalised nutritional interventions could be a powerful strategy to prevent AD in the future. To achieve these innovative and paradigm- shifted treatments compared to the monotherapeutics (e.g., with single-targeted drugs), there is an urgent need to increase funding for epidemiological and clinical studies, focused on the impact of metabolic dysfunction in relation to progression of AD. With awareness in society as a whole (researchers, governments, and general population), it is our hope that the risk of AD can be reduced and the onset of AD will ultimately be prevented.