The gender imbalance in the research ecosystem is something that must be addressed. Stephan Kuster, Acting Director of Science Europe discusses

Talent, curiosity, resilience, dedication, passion, integrity, and intellectual capacity are just some of the attributes associated with a successful career in scientific research. They are not the purview of one part of humanity over another, however, and they certainly are not distributed unevenly among genders. So why then is ‘being a man’ one of the most consistent predictors for a successful career in research?

Any imbalance between genders, in terms of success in research, has to be attributed either to failings in the selection process within the research system, or to factors outside the system that affect the career choices women make. Based on vast amounts of available evidence and scholarly literature on the subject, a combination of both of these factors is responsible for this imbalance.

Both issues within and outside of the research system must be addressed if we wish to achieve gender equality. We should not only do this because we consider it a basic human or social right, or because it is one of the sustainable development goals; we should also do it for the sake of scientific research and for our capacity to innovate. Plain and simple, excluding a large part of talented, passionate, dedicated, and intellectually capable individuals from the career rungs on the scientific ladder is bad for research.

Through Science Europe, research funding organisations and top research performing organisations across Europe work together to address issues within the institutions that structure the research system. The Science Europe ‘Practical Guide to Improving Research Equality in Research Organisations’1 has been in high demand since its publication in February of this year as a key resource that addresses gender inequality. The guide provides tips and best practice examples from research organisations in 3 key areas: monitoring of gender data, addressing unconscious bias, and providing support measures through grant management.

The first thing you need to have in order to address a problem is data. All research organisations collect data on their own operations such as the funding they allocate, and the researchers they recruit or promote. Making sure that these data are always collected in a gender-disaggregated way, and broken down by scientific field and career stage, is crucial to the ability to monitor gender balance issues. As the famous scissors’ curve indicates, the gender gap widens dramatically at both higher and later career stages. If, as a funding organisation, you realise that success rates for funding applications submitted by men are higher than those for women, then your selection process is most likely affected by unconscious bias. Funding decisions tend to be made by groups of fellow researchers in peer-review panels, and there are some simple ways to help them to be more aware of potential bias in their deliberations. Training, for example, can be very useful.

Finally, numerous causes for the men-women imbalance in research can be attributed to the fact that women frequently take on a bigger share of the care-related responsibilities within the family. National legislation provisions such as maternity, paternity, and parental leave vary strongly across European countries. Research organisations can help by providing additional and more tailor-made support to help minimise the impact on the careers of promising women researchers through specific measures and additional funding.

Skewed gender balance in scientific research careers is a well-documented issue. It is not for a lack of evidence, nor for a lack of political momentum, that the problem is such a persistent one. Real practical changes and support to researchers that research organisations can introduce are necessary to bring about the change in our culture that is required to achieve true gender equality at all stages of a researcher’s career. 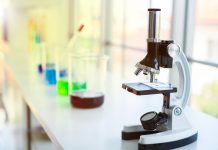 Pop-Machina: The breakthrough of the circular maker movement in Europe

HYDROUSA: Water loops with regenerative business models for the Mediterranean