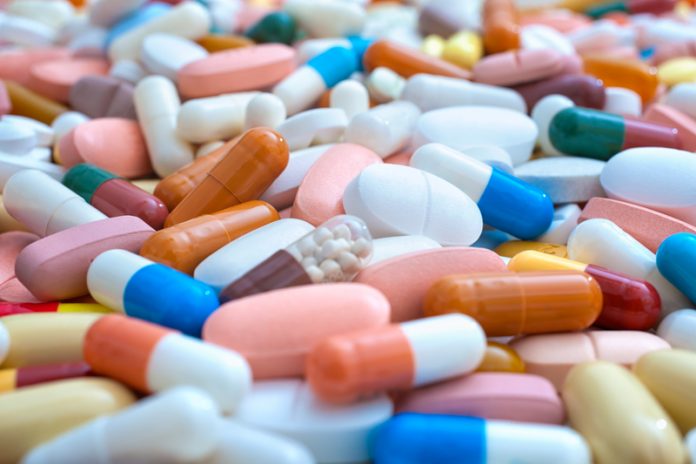 June 2017 saw the launch of the European Drug Report1, the European Monitoring Centre for Drugs and Drug Addiction’s annual review of the European drug situation. Overall the 2017 analysis shows how the drug problems Europe faces are increasingly influenced by, and interact with, global developments.

Overdose deaths on the rise for a third consecutive year

The increasing number of drug overdose deaths in Europe, which has risen for the third consecutive year, is a particular concern. A total of 8,441 overdose deaths, mainly related to heroin and other opioids, are estimated to have occurred in Europe in 2015, with the region’s 1.3 million problem opioid users among the most vulnerable. This is an area where effective interventions exist, including the provision of opioid substitution treatment, the dissemination of ‘take-home’ naloxone (opioid overdose-reversal drug) to opioid users, their peers and families, and supervised drug consumption rooms, now operating in 6 EU countries. Opioids other than heroin – primarily methadone and buprenorphine – are also regularly found in toxicological reports in some countries underlining the need for good clinical practice to prevent diversion of these substances from their legitimate use.

New drugs emerging at a slower pace, but fentanils a growing health threat

New psychoactive substances (NPS) remain a considerable public health challenge in Europe. Not covered by international drug controls, they include a broad range of synthetic substances, including cannabinoids, cathinones, opioids and benzodiazepines. In 2016, 66 NPS were detected for the first time via the EU Early Warning System (EWS) – a rate of over 1 per week. Although there has been a slowing of the pace at which new substances are being introduced onto the market, the overall number of substances now available remains high. The 2017 report highlights the high risk use of NPS by particular groups in Europe including among opioid injectors, men who have sex with men, prisoners, and homeless populations4. In addition, highly potent synthetic opioids represent a growing health threat in Europe, with fentanils a particular concern. 18 of these substances have been detected in Europe since 2009 and they pose a serious risk of

intoxication, not only to users but also to anyone accidentally exposed to the drugs. In early 2017, the EMCDDA carried out risk assessments of two fentanils, acryloylfentanyl and furanyl-fentanyl2, 3, after over 50 deaths associated with these substances were reported.

EU and US: school students – less smoking and drinking but cannabis stable

The publication of major school surveys in both the US and Europe in 2016 allows interesting comparisons to be made on long-term patterns of substance use among European and American students (15–16 years). The surveys show smoking and drinking among school students in Europe and the US to be declining, while trends in cannabis use appear to be more stable (figure 1). Last-month cannabis use among the European school students surveyed was around half the level (8%) of that reported in the US (15%). Last-month tobacco use was almost 4 times higher among students in Europe (23%) and last-month drinking double that of their US counterparts. Understanding what has led to the reductions in cigarette smoking in both the United States and Europe may offer insights for addressing the use of other substances, such as cannabis.

Cannabis remains Europe’s most commonly used illicit drug and around 88 million European adults (15–64 years) have tried cannabis in their lifetime. Of particular concern are the 1% of European adults are daily or almost daily cannabis, and the drug is now responsible for the greatest share of new entrants to drug treatment in Europe, which rose from 43 000 in 2006 to 76 000 in 2015. Multiple factors are likely to lie behind this increase, including higher prevalence of cannabis use, more intensive users, the availability of stronger products and increases in treatment referral and levels of provision. Understanding trends in cannabis use and related risks is important to the debate on what constitutes the most appropriate policy responses to this drug.

Here we note that recent changes in the regulatory framework for cannabis occurring in parts of the Americas have generated interest among policymakers and the public in Europe. Importantly, there is a need for robust evaluations before the relative costs and benefits of differing cannabis policy approaches can be assessed. In European countries, current approaches to cannabis regulation and use are diverse, ranging from restrictive models to the tolerance of some forms of personal use. Regardless of any wider impact on drug policy, the existence of a commercially regulated cannabis market in some countries outside Europe is fuelling innovation and product development (e.g. vaporisers, edible products), which may, in time, impact on consumption patterns in Europe.

The authors would like to thank the many contributors to the EMCDDA European Drug Report, which this article summarises. The report is a collaborative effort and we acknowledge the invaluable contribution made by EMCDDA scientific staff and the Reitox network of National Focal Points.

The report can be accessed in its entirety at: