Home Open Access News Energy News The future of UK gas: Could shale and biomethane be two of... 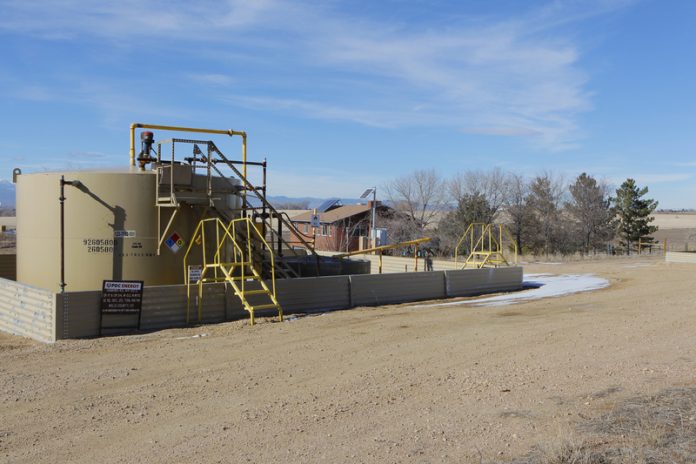 Here to analyse past successes and possible trends is LPG storage tanks provider, Flogas, who has looked at each of these energy sources of gas to find out just how they are being used and if they have the potential to eventually become the most used forms of gas…

Supplying sufficient, cost-effective and clean energy is a major issue for those in government and industry. At the 2017 Future Energy Scenarios event, there was a discussion regarding whether shale gas or biomethane could represent the future of the UK’s gas supplies, which has lead others to also speculate what the future of the sector will look like.

Could shale gas be the future?

There are currently many discussions, debates and even protests surrounding shale gas and fracking. On one side, the UK government has argued that shale gas stands to deliver the nation with increased energy security, growth and jobs.

Although, the argument against fracking is that the extraction of shale gas — which involves water being injected into ‘shale’ rock formations at high pressures — may have a damaging effect on the environment. Plus, the process is very expensive. Critics have also pointed out that fracking prolongs fossil fuel use, boosts the risk of water being polluted, and can cause tremors and even earthquakes.

Steve Mason, from the pressure group, Frack Free United, comments: “This Tory government is backing fracking and forging on with a ludicrous dirty energy policy. It is time for them to wake up and listen to their own reports, the voice of the public in areas under threat and halt all fracking activity now.”

Of course, not every country is set against fracking, in fact, some are even reaping many rewards from it already. It wasn’t too long ago that the US was importing large amounts of oil and gas. That changed when the country discovered the effectiveness of extracting shale gas, making the nation self-sufficient and even leading to it exporting gas itself.

Did you know that the UK imports more than half of the gas it requires? It’s clear why the government is looking for alternative, home-based sources. In fracking’s favour, a report by the British Geology Society published in 2012 suggested that there is a resource estimate of around 1,327 trillion cubic feet found throughout the UK.

Some experts in the industry are also pushing for the green light to start fracking. Ineos’ CEO, Jim Ratcliffe, has a licence to frack in the UK in an area measuring one million acres and says to The Guardian: “The future for manufacturing in the UK will look quite gloomy if we don’t exploit shale. I can’t see otherwise what is going to arrest the decline in British manufacturing.”

Will we decide to accept or carry on criticising fracking in the future?

Could biomethane gas be the future?

A major advantage of biomethane gas is its green qualities that may help the UK lower its emissions and become eco-friendlier overall. This is because the gas occurs naturally from the anaerobic digestion of organic matter, which can be sourced from manure, organic waste, sewage and both dead animal and plant matter. Biomethane is also a sustainable method of sourcing gas that means those in the industry will not need to rely on extracting natural gas from the ground, as the two are the same type of gas.

Biomethane has proven popular many times, however, one of the best examples of its use relates to Severn Trent Water. This organisation was successful in opening a facility at its Minworth Sewage Treatment Works in 2014, where biogas from the anaerobic digestion process is converted so that it can be used within the domestic gas supply. The facility was the largest gas-to-grid plant found in the UK at the time of its opening, with 1,200 cubic metres of biogas able to be converted into 750 cubic metres of biomethane each hour. This biomethane can then be injected into the National Gas Grid.

But, how does it work and is it truly efficient? Severn Trent Water’s renewable energy development manager tells Water & Wastewater Treatment Online: “As part of the sewage treatment process, sewage sludge is produced. At Minworth, we feed this to our 16 anaerobic digesters, or ‘concrete cows’, which work like giant cow’s stomachs to digest the waste material to produce energy in the form of gas.

“Currently, we use 40% of this energy to make electricity, but more can be done – that’s where this new process comes in. With treatment, gas from sewage is made clean enough and at the right consistency to be injected into the gas supply network to power homes in the area. It’s local gas produced from local people.”

The use of biomethane gained momentum when Sainsbury’s made its Cannock superstore the first to be powered entirely by the food waste created by Minworth Sewage Treatment Works gas-to-grid facility. Before the change to its Cannock store in 2015, Sainsbury’s operated on the following principles based on its clear policy of zero operational waste to landfill:

This process worked well to start with, but once Biffa and Sainsbury’s realised that the Cannock superstore and the anaerobic digestion facility sat close to each other, the two companies installed a 1.5km cable between the pair of buildings so that the plant could deliver a direct supply of renewable electricity to the superstore.

A £280,000 investment was needed for this project (which included power cables, switch gears and legal fees). However, Sainsbury’s estimated that it had the potential to save in the region of £140,000 in just one year due to relying less on the National Grid for day-to-day power supplies.

Could success stories like the above spell a greater reliance on biomethane in the future?