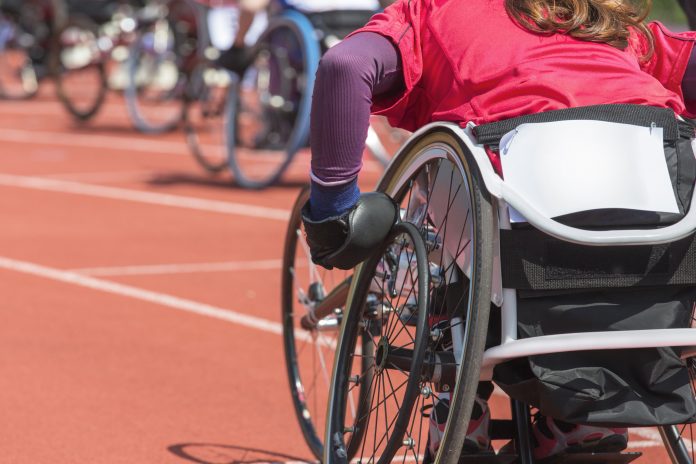 The 2012 London Paralympic Games were a defining moment for disability sport in the UK, sparking an attitudinal change towards disability sport and bolstering enthusiasm for it to be more widely played. However, eight years on, there are still not enough athletic facilities that are fully accessible, and there is much work to be done in encouraging more uniquely able-bodied people across the UK to remain active.

Unfortunately, women with disabilities are among the highest-risk groups for not partaking in physically-active hobbies, and participation in disability sport has fallen by 10% since the London 2012 Paralympics. For young women, the associated health risks of long-term inactivity could have irreversible effects on their quality of life, and so now we all need to work together to introduce more people to disability sport.

For me personally, pursuing my dream of representing Team GB at the Tokyo Paralympics has not just shaped my career as a para-badminton athlete, but it has also imposed a tremendously positive influence on my overall wellbeing.

I started off my career as a psychiatric nurse, serving with the Queen Alexandra’s Royal Army Nursing Corps and went on to become duel qualified as an adult mental health nurse and a Staff Sargent. However, after serving for 20 years, during which time I was lucky to survive an attack by Taliban fighters who had infiltrated our camp in Helmand Province, I was medically discharged from service having been diagnosed with Multiple Sclerosis (MS).

When I received the diagnosis, I had a couple of tearful days feeling sorry for myself. However, then I decided that I had a choice of giving up or taking the disease on and showing that it would not define who I am or what I was capable of.

It has taken many years to understand the boundaries that I have physically, initially being diagnosed with Relapsing-Remitting Multiple Sclerosis and then being re-diagnosed with Secondary Progressive as my condition deteriorated. MS is such a fluid and eclectic mix of different symptoms, such as lack of coordination, fatigue, pain, problems with sight, weakness in muscles and memory loss, I never know how I am going to feel from one day to the next.

People would often say to me, “you can’t do that”, or “you will hurt yourself” but that has only made me even more determined to challenge myself and see just how far in life and sport I could go.

Initially, I turned my attention to swimming and ended up competing as the only female captain in the inaugural Invictus Games where my hard work and determination was rewarded with a number of medals. However, as a child, I had always loved Badminton and so in 2016 I decided to pick up a racket and pour all my energy into the sport.

Over the course of my four-year career, I have been extremely fortunate to compete at the highest level in tournaments all over the world. However, it is also an extremely expensive sport to participate in. From the cost of training, tournament entry fees and travel, to modified equipment and specialized physical therapy, participating in a para-sport, irrespective of your level, can require a significant financial investment.

As athletes, we train just as hard, if not harder, than fully able-bodied athletes and we are at the top of our specifications, yet sponsorship deals are harder to cement and prize money pots are significantly smaller.

In fact, originally I contacted over 200 companies but none were interested or were already sponsoring able-bodied elite athletes. Luckily, Path to Success, the UK’s leading disability charity that supports female athletes across four major disability sports, came forward and took me as one of their sponsored athletes. They believed in me and what I was trying to achieve, and their support, alongside my army pension and a legacy left to me by my late father, has enabled me to pursue the career that I love.

With para-badminton originally due to make its debut at the Tokyo 2020 Paralympics, making sure I was ranked within the top six to qualify for a place on Team GB became my focus. The postponement of the Paralympic games to 2021 not only adds an additional year of preparation for which comes with several expenses but given the uncertain nature of MS, there is a risk my condition could deteriorate to the point that I can’t compete by the time the Paralympics comes around.

Right now, it is a very uncertain and challenging time for everyone. However, with sporting facilities shut again and restrictions placed on interactions with others, it is making it harder than ever for women with disabilities to partake in physically-active hobbies. These women have great potential, and it is vital that society continues to support them so that participation in disability sport doesn’t continue to fall.

I truly believe that disabilities shouldn’t hold anyone back or stop them from participating in activities they are passionate about and that with enough support and determination, we can all do anything we set our mind to. We are all capable of much more than we give ourselves credit for!