Open Access Government spoke to Dr Brian Berridge, Associate Director of the National Toxicology Program (NTP) in the U.S., about the needs and opportunities he sees within the NTP

In a previous edition of Open Access Government, Dr Brian Berridge, Associate Director of the National Toxicology Program (NTP) in the U.S., deatailed how the NTP studies the health impacts of chemicals and other agents in our environment in this fascinating interview.

More recently, we caught up with Berridge to learn more about the National Toxicology Program, with a focus on the changing needs and opportunities he sees within the NTP program.

The NTP has a broad portfolio of activity that includes studying the cancer and non-cancer health effects of a wide spectrum of agents. Examples of these agents are Cell Phone radiofrequency radiation, Mould, Nanomaterials, UV sunscreen ingredients, Botanical Dietary Supplements as well as Medicines & Therapeutics. The Program also develops and conducts in vitro assays to help us understand the potential health-related effects of occupational and environmental exposures.

In the past, the time between a nomination to study a specific concern and a final report could be several years. The Program recognises that expectations for delivering useful and decision-making information are very different today and that we need to deliver that information in a more timely way. Berridge goes on to explain this in his own words.

“We’re taking two fundamental approaches to improving our delivery time. One is to critically look at our processes and make sure that we are efficient in how we do what we do. The other is to consider how we might generate different kinds of information to enable people to make decisions. For example, in my previous interview with Open Access Government, I discussed the Toxicology in the 21st Century (Tox21) initiative, which is an effort to develop high-throughput screening assays to characterise biological activity of an individual chemical or agent.”

The NTP is putting more emphasis on understanding what that biological activity means from a computational or cell-based perspective, Berridge adds, because that’s a more efficient way for the NTP to generate information than doing a long-term animal study.

“A lot of what we are trying to do is to understand what those basic biological activities tell us and what kinds of inferences we can make based on what we have learned in the past about how those things relate to each other.”

Berridge then explains that it is important to recognise that the NTP’s stakeholder group is much broader today than it has been in the past.

It is worth noting here that three agencies form the NTP program, the National Institutes of Health (NIH), the Centers for Disease Control and Prevention (CDC) and the U.S. Food and Drug Administration (FDA). In the past, the NTP primarily supplied information to regulatory organisations to enable their regulation and policymaking activities, Berridge explains. He adds that the reality today is that we have a much more informed public and people make decisions for themselves daily about the risks they take.

“NTP is looking at how we communicate with the general public. We want to provide enough context around the data that we generate so that the public can take that information and act on it if they choose to or not. That is a fundamental change.”

The conversation then moves to another change: the healthcare community has gotten much better at extending life expectancy. As a result of increased longevity, people are exposed to things for longer periods and become more susceptible to the negative effects of certain exposures. Berridge adds that we need to think more about the long-term effects of the kinds of things studied by the NTP. It is not enough to just know about the short-term toxic effects or even just the long-term ‘cancer’ effects.

“We also have to think about how the things we study may influence pre-existing diseases. Cardiovascular disease, cancer and metabolic disease are very prevalent. The agents in the environment that we study might influence how those diseases progress.” Berridge provides us with more detail on this important point about people living longer.

Related to that, is recognising that as a global community, we have gotten much better at controlling communicable diseases. Increasingly, even in third-world countries, people don’t die from infectious diseases like they used to. We look at environmental exposures that might be contributing to a number of non- communicable diseases.”

Berridge goes on to say that the other need the NTP has is to personalise the information we generate. For example, in precision medicine, it is recognised that we are all individuals with different susceptibilities, exposures and experiences. To remain relevant, toxicology also has to evolve to understand individual susceptibilities and risks. Berridge then develops this point further, “We are trying to understand how individuals might be susceptible to environmental hazards based on where they live and their socioeconomic status.”

“On the other side, there are some increasingly exciting opportunities. Our ability to do computer-aided thinking and decision making is rapidly progressing with artificial intelligence (AI) and machine learning.

“Three-dimensional culture systems (for example, tissue chips, organ on a chip, microphysiological systems) are being developed to more accurately represent the complex structure and function of human organs such as the lung, intestinal tract, liver and heart. Once confidence has been established in these systems through analytical validation and translational qualification, researchers and regulators hope to use these devices to assess the biological and toxicological activity of pharmaceutical products and environmental chemicals.(1)

“Thus, we are starting to develop capabilities that allow us to model biology in a much more complex way. We are bringing in multicellular systems that are much more dynamic and therefore, will give us better insights into what the human response might be.”

Finally, Berridge underlines that with global partnerships, the NTP is increasingly working across borders and oceans when it comes to areas of common interest. Berridge explains that the development of non-animal alternatives is an example of one area that crosses borders.

“There is increasing partnership and interest among countries in developing capabilities like non-animal alternatives. I think mobilisation around issues of common interest is an incredible opportunity to put more horsepower and momentum into some of the things that we’re interested in.

“Leveraging interdisciplinary partnerships is another exciting opportunity. The tissue chip or micro physiological systems are a perfect example of where biomedical engineers have advanced our field by giving us novel opportunities to generate useful and relevant biological information.

“Increasingly, the lines between disciplines are being blurred and I think that will take us into new and exciting areas and allow us to respond to evolving needs and expectations from our stakeholders.” 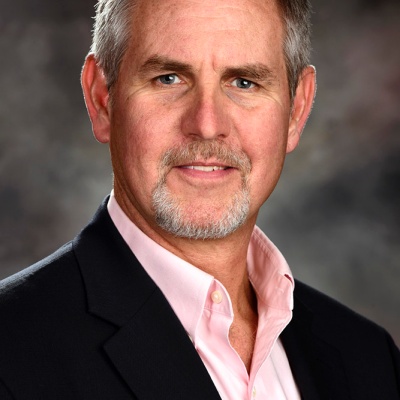