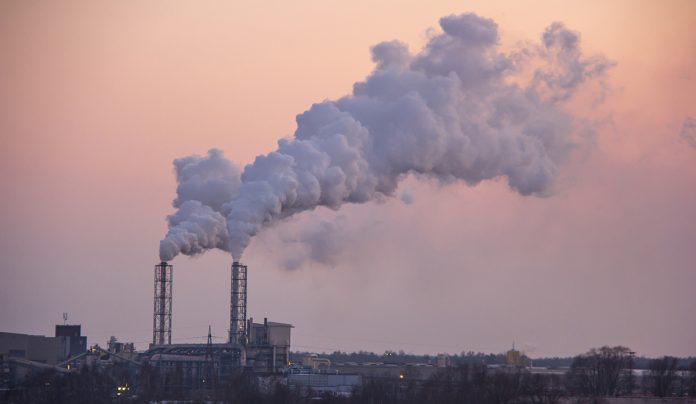 A number of persistent organic pollutants have historically been sequestered in polar regions due to the phenomenon of global distillation. Temperature and wind patterns carry volatile chemicals towards the poles, depositing them in frozen water and soils for decades.

However, melting of the polar ice caps is releasing these pollutants back into the environment. Multiple studies have documented increasing levels of bisphenol A, polychlorinated biphenyls, and DDT, being released from polar regions. Increasing temperatures allow these chemicals to more readily transition into the gaseous phase, which facilitates their global redistribution.

Current climate prediction models estimate significantly altered patterns of precipitation, and significantly increased incidence of extreme weather events. Increased rainfall will increase chemical deposition into soils and runoff into water sources. Increased nutrient runoff due to flooding or increased irrigation in areas of drought coupled with warming of surface waters will increase the incidence, geographic distribution and duration of harmful algal blooms. Human exposure to algal toxins via ingestion of contaminated seafood, skin contact with affected waters, or inhalation of toxins that have become airborne is linked to nausea, vomiting, diarrhoea, paralysis, slurred speech, and other neurological symptoms.

Conversely, in areas experiencing decreased rainfall, air pollutants will persist longer in the atmosphere. Drought will increase the likelihood and magnitude of dust storms. Both of these scenarios can increase human exposure to pollutants via inhalation. Decreased rainfall is also linked to a predicted tripling in the incidence of wildfires by 2050. “Global climate change is the greatest health challenge of the 21st century. The health impacts of climate change are predicted to force 100 million people into poverty by 2030, with significant impacts on mortality and morbidity.”

Exposure to the smoke generated by wildfires, as well as the toxic chemicals generated by pyrolysis that remain in the debris, pose significant risks for human health. The most toxic components of wildfire smoke include carbon monoxide and particulate matter, which exacerbate cardiorespiratory disease and adversely impact brain function, whereas wildfire debris often contains elevated levels of toxic metals and persistent organic pollutants.

Climate change is predicted to increase human exposures to pesticides. For example, warming temperatures will likely shift agricultural zones towards higher latitudes. This change will be accompanied by increased application of pesticides in areas where pesticide usage has traditionally not been heavy. A warming climate is also expected to expand the geographic range of mosquitos and other disease-carrying insects over the next 30 years.

Many nations are facing or will be faced with the challenge of managing malaria or other infectious diseases carried by mosquitos, which likely result in expanded use of dichlorodiphenyltrichloroethane (DDT). DDT, a persistent organochlorine insecticide, has been linked to increased risk of obesity and metabolic disorders, cardiovascular disease, and cancer. In addition to increasing human exposure to toxic chemicals, global climate change is predicted to exacerbate human response to toxic chemicals.

For example, warmer temperatures have been shown to increase the toxicity of some metals, including lead and cadmium, on wildlife health, and data suggests that this may the case for humans as well. A similar relationship is reported for pesticides and air pollution: the negative effects of these toxic chemicals on the heart, lungs, and brain are exacerbated by increasing temperature.

The biological basis for this relationship is unknown, but a leading hypothesis is that increasing body temperature increases the activity of enzymes involved in the metabolism of toxic chemicals, some of which detoxify the chemical, but many of which increase chemical toxicity. An alternative explanation derives from experimental and epidemiological studies indicating that chronic stress exacerbates the effect of toxic chemicals. There is abundant evidence indicating that global climate change increases stress, particularly in those populations facing food or water insecurity or who have been displaced by climate-driven events.

Another mechanism by which global climate change increases chemical toxicity is the depletion of the ozone layer, which filters out harmful ultraviolet (UV) radiation. Increased UV levels at the Earth’s surface increases the toxicity of phototoxic chemicals, defined as chemicals that have increased toxicity with exposure to UV radiation. Phototoxic chemicals include titanium dioxide nanoparticles, a common ingredient in sunscreen, medicine, and toothpaste.