Juliet Bouverie, Chief Executive of the Stroke Association, on inspiring people to reduce their risk of stroke

The Stroke Association has launched a national campaign inspiring people to pledge to make #OneSmallChange to their lifestyle to reduce their risk of stroke and stop stroke being the fourth biggest cause of death in the UK.

We believe that people would be more likely to take the steps to avoid having a stroke if they knew the top risk factors and were inspired to make a manageable change, rather than major ones that could prove unsustainable.

As part of our research for our campaign — the focus of our inaugural Stroke Prevention Day on 14th January — we surveyed more than 2,000 adults across the UK and found that only one in 20 (6%) think they’re at high risk of stroke(1). This is despite the fact that, in the UK, one in every five (21%) adults will have a stroke in their lifetime(2).

This may be because people don’t know what puts them at risk. Half (47%) of those surveyed didn’t know that high blood pressure is a top risk factor for stroke. Only 14% of people said they would focus on their blood pressure to reduce their stroke risk.

This is concerning because conservative estimates are that as many as one in six adults have high blood pressure(3). It is one of the biggest causes of stroke and 55% of stroke patients in England and Wales have hypertension (high blood pressure) when they have their stroke(4).

Nine in ten (89%) strokes are associated with modifiable risk factors(5), elements of your lifestyle that can be changed to reduce your risk.

According to the INTERSTROKE study, the world’s largest study of stroke causes, the modifiable risk factors that cause the most strokes in countries such as the UK are high blood pressure, high body weight and poor diet.

Worryingly, knowledge of the top risk factors for stroke was low across the board:

When you don’t know your risk, there’s no motivation to reduce it. Most people know that living a smoke-free life, drinking carefully and eating healthily is good for you, but it’s clear from our research that people aren’t always sure why these are important things to do. We believe that if more people understood the benefits of making healthy changes, more people would act to reduce their stroke risk.

As a UK charity dedicated to stroke, we knew that we needed to work even harder to make people aware of these risks and the simple things they could do. We chose January because it’s a month of renewal, reflection and a time where people are most likely to make decisions about adopting some kind of beneficial change.

It’s also the time when people will make a New Year’s resolution. These will often focus on positive changes, such as finding a new job, starting or increasing physical activity, drinking less alcohol or stopping smoking.

However, studies have shown that 63% of people who make a New Year’s resolution will fail to stick to it, with over half of those giving up in the first month. Some of the reasons for this are because the changes were made too quickly or were unrealistic, and more time was needed to adapt the change to the individual’s lifestyle.

So with our campaign, we worked on the premise that it’s often easier to start small and pick something achievable for you. This may be swapping your after-work alcoholic drink for a soft one, getting up and moving regularly during the day, cutting down on salt or sugar, or joining an online exercise group.

Increasingly, campaigns urge people to give something up for a month, but we felt that a month was not long enough to make and embed long-lasting health behaviour change.

We invited people to pledge to make the change for three months, then let us know how they got on and how they found ways of sticking to their pledge.

Anyone visiting our website can receive tailored advice plus monthly emails with hints and tips.

The things participants tell us will shape our future stroke prevention work, helping others across the UK to reduce their risk of stroke and lead a healthier lifestyle.

In the meantime, I’m pleased to report the success of my personal #OneSmallChange pledge, which was to make sure that I took more regular exercise with my dog Bramble, a nine-year-old Norfolk/Cairn terrier, during the COVID-19 lockdown. Both parties will vouch for the benefits! 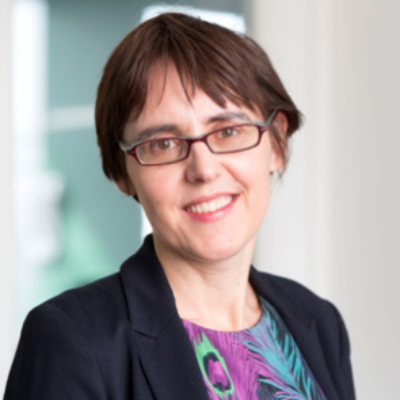