Prof Filippo Graziani, President of the European Federation of Periodontology (EFP), turns the spotlight on periodontitis and answers if gum disease increases the risk of hypertension, heart attack and stroke

CVDs (cardiovascular diseases), a general term presuming a wide variety of diseases and conditions involving the heart and the blood vessels, remain the leading global cause of health loss and death. There was an estimate of 422.7 million cases of CVD and 17.92 million deaths caused by CVD in the year 2015. (Roth et al., 2017) In Europe alone, CVDs account for 3.9 million deaths, the staggering 45% of all death causes. (Wilkins, 2017) And while the mortality rates may have exhibited a decrease, due to the continuous growth and ageing of the population, we are still witnessing an increase in the absolute numbers of CVD cases.

Atherosclerotic vascular diseases, such as the ischemic heart disease and stroke, dominate the CVD mortality numbers. (Roth et al., 2017; Wilkins, 2017) Atherosclerosis is a chronic process that involves immune and inflammatory pathways whose triggers are not yet fully understood. (Libby et al., 2018) Evidence suggests that the increased inflammatory burden, expressed through the elevated systemic inflammatory markers, are generally associated with the increasing thickness of the arterial walls and subsequent CVD events. Thus, chronic inflammatory diseases (i.e. rheumatoid arthritis, psoriasis, chronic bowel disease) have been associated with the increased risk of future CV events.

Interestingly enough, one of the most common inflammatory diseases globally is periodontitis, the inflammation of the gums and the supporting tooth structures. Taking into account that oral diseases affect more than 3.4 billion people worldwide (James et al., 2018) and periodontal disease in its most severe form alone accounts for 800 million, it is easier to understand the dimension of this global diffusion. (Tonetti, Jepsen, Jin, & Otomo-Corgel, 2017)

It was first in 1989 that the association between the poor dental health (and hence, oral inflammatory diseases) and atherosclerosis leading to myocardial infarction was originally suggested by a case-control study from a Finnish group of cardiologists. (Mattila et al., 1989) Ever since, a number of observational human studies led to include periodontitis as a risk factor for cardiovascular diseases independent of what are considered as traditional risk factors, i.e. smoking and obesity. At present, a total of 57 systemic diseases is being researched for their association with periodontal diseases. (Loos, 2016)

The rationale behind the association of the two conditions may be speculated through two main mechanisms: bacteremia and systemic inflammation. Subjects with severe periodontitis tend to show episodes of bacteremia one time out of five that they are chewing. Among the bacteria associated with periodontitis, some have shown some important affinity on both endothelial and myocardial cells. Biopsy studies have indicated that in the atheromatous plaque in the carotid artery the presence of live periodontal pathogens is a frequent finding. These bacteria have shown to be capable to elicit important inflammatory reactions which may justify the possible formation of a thrombus. Thus, bacteremia might directly contribute to vascular endothelial dysfunction. (Masi, D’Aiuto, & Deanfield, 2019) Indeed, the inflamed periodontal surface area in patients with severe periodontitis is estimated to be around 2300 mm2, ensuring bacteria easy access to circulation and, subsequently, effects reaching far beyond the oral cavity. (Leira et al., 2019)

The other biological mechanism, as mentioned before, is the systemic inflammation associated with periodontitis and the increased levels of pro-inflammatory markers, such as CRP, IL-6, TNF-α, all of which affect the endothelial function. Namely, the endothelium, the inner lining of the blood vessel, has an important role in its biological regulations, from coagulation to remodelling of its walls.

In 2012, a joint workshop took place between two governing periodontal organisations in Europe and America, the European Federation of Periodontology (EFP) and the American Academy of Periodontology (AAP), respectively. The workshop brought together experts to review the evidence linking periodontitis and systemic diseases, one of which were CVDs. The conclusions of the workshop highlighted the aforementioned biological plausibility of the impact of periodontitis on CVD, as well as the strong epidemiological evidence that periodontitis imparts an increased risk for atherosclerotic CVD. This further reinforced the statement of the American Heart Association (AHA) according to which periodontitis was associated with atherosclerotic vascular disease independent of known confounders. (Lockhart et al., 2012) At the time, the need for future and further intervention trials was also stressed. (Tonetti & Van Dyke, 2013)

Trials involving patients undergoing non-surgical periodontal treatment reported that mechanical instrumentation of the inflamed periodontal pockets, the usual procedural part, induces significant bacteremia, leading to a systemic acute inflammatory response to it. This presumes the systemic elevation of a variety of markers of acute-phase response and endothelial cell damage up to one week following treatment; the intensity varies depending on the modality of treatment delivery. (Graziani et al., 2015, 2010) These findings imply importance for consideration of treatment delivery options (performed in stages, through multiple appointments vs. full-mouth, finished within 24 hours) in patients that are already at high risk for cardiovascular events in order to avoid any further CV challenges.

As emerging evidence continuously support the link between periodontal and cardiovascular health, the collaboration between dental and medical professionals is becoming an expected standard. Thus, in February 2019, a historical workshop between the World Heart Federation (WHF) and the European Federation of Periodontology (EFP) took place, not only to review new evidence following the 2012 workshop but also to prepare joint recommendations for both health professionals and patients. Around the time this article is published, the recommendations should become available. While further trials have been warranted, current knowledge obliges us to raise awareness of the importance of oral health in the reduction of CV risk and pursue tighter collaboration between the dental and the medical community in order to raise the level of patient care. 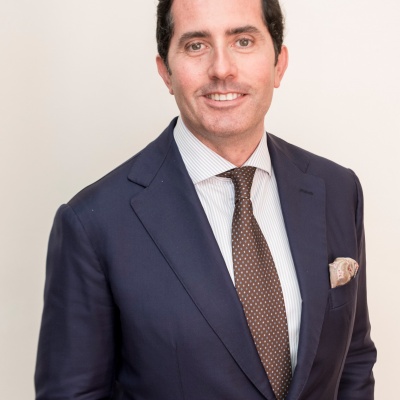