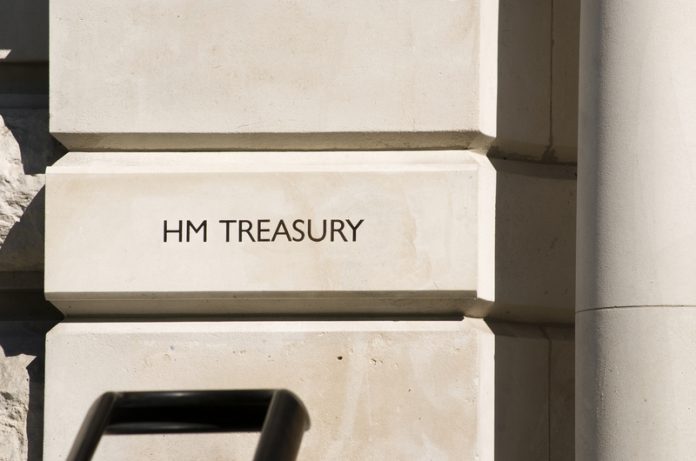 A new analysis from the Treasury claims Britain would enter a recession, with some 500,000 jobs lost if the UK votes to leave the EU…

At least 500,000 jobs will be lost as a result of a Brexit, with GDP dropping by 3.6 per cent. The claims were made in a Treasury analysis launched today by the Prime Minister and the Chancellor.

Speaking at B&Q in Eastleigh, they both set out the impact of an exit on the nation’s economy in the two years following the vote.

The analysis revealed there would be immediate and profound economic shock, mirroring earlier claims laid out by the IMF. The complex negotiations that would follow a leave vote would create instability and uncertainty, which would push the UK into recession and lead to unemployment.

The analysis looked at the economic impact of a leave vote based on three key factors:

It examine two potential scenarios: a shock to the economy and a severe shock.

Under the shock scenario, the Treasury report used cautious assumptions and linked the size of the transition effect to the central estimate of the UK adopting a negotiated bilateral agreement with the EU. This would see GDP fall by 3.6 per cent lower after two years, while staying would see continued growth after the vote. Wages would also be nearly three per cent lower, which amounts to a pay cut of around £800 a year for a full time workers on average pay.

The analysis also modelled a severe shock scenario, which would see Britain leaving the single market and defaulting to WTO membership.

Under this scenario, the analysis claimed GDP would be six per cent lower after two years with 800,000 jobs lost, compared to a vote to remain. The value of the pound would be severely hit, falling 15 per cent, inflation would rise 2.7 per cent, while house values would fall 18 per cent. Government borrowing would hit £39bn more than a remain vote.

“Even in its more cautious estimate, the Treasury finds that a vote to leave the EU would cause an economic shock that would tip Britain into recession and cost at least half a million jobs. The pound would fall, prices in the shops would rise, and the housing market would be damaged.

“On 23 June, people face a stark choice: economic security and a vote to Remain, or a leap in the dark which would cost jobs and raise prices.

Chancellor of the Exchequer, George Osborne also commented, stating: “We’ve spent 6 years dealing with what happens when recession hits this country – we’ve got one month to make sure we don’t do it to ourselves all over again.

“One month to avoid a DIY recession.

“The Treasury analysis shows Britain will be stronger, safer and better off if we vote to remain in the EU on 23 June.”

The analysis was reviewed by Professor Sir Charles Bean, former Deputy Governor of the Bank of England, who acted as an academic consultant to the Treasury. He said: “While there are inevitably many uncertainties – including the prospective trading regime with the EU – this comprehensive analysis by HM Treasury, which employs best-practice techniques, provides reasonable estimates of the likely size of the short-term impact of a vote to leave on the UK economy.”