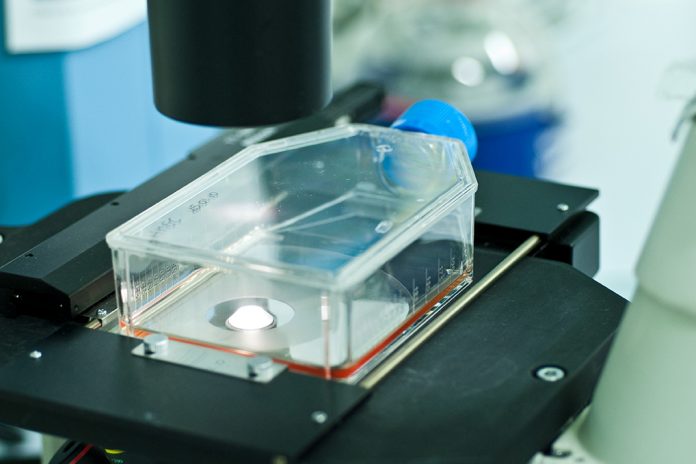 Alberto Mantovani, Istituto Superiore di Sanità looks at how the adverse outcome pathway concept is the long way from molecular to adversity

Adverse outcome pathways (AOPs) describe the chain of events from the first interaction of any chemical with a molecular target (molecular initiating event = MIE) to an adverse outcome (AO) which can have an effect on regulatory toxicity testing, as well as causing health disorders in humans or animals. This approach only started in 2010 with the seminal paper by Ankley, Bennett, Erickson et al on ‘Adverse outcome pathways: a conceptual framework to support ecotoxicology research and risk assessment’ published in Environmental Toxicology and Chemistry; yet to date over 200 AOPs have been established, concerning both human health and ecotoxicology.

AOPs are not toxicity mechanisms but ‘chemically agnostic’. AOPs simply depict the long, sometimes complex process from a molecular event (such as the interaction with a receptor or the inhibition of an enzyme) through to the perturbed function at cell and tissue level, leading finally to an appreciable disturbance of the organism’s function and/or structure, which represents the AO. How do we build this path from molecule to organism? AOPs aims to provide a formal and consistent way of building such a path in accordance with a set of quality criteria. MIE and AO are sequentially linked by a series of biologically plausible and essential key events (KEs). Most importantly, the relationship between sequential KEs (KERs) has to be concordant with dose response and temporality. In practice, an upstream KE (e.g., at a cellular level) must occur before and must require a stimulus of lower intensity as compared to a downstream (e.g. at tissue level) KE. Chemicals enter this scheme as toxicological (and in some cases, pharmacological) studies in vitro or in vivo and are used to provide the necessary ‘empirical evidence’, by characterising the relevant KE and KERs.

The ambition of the AOPs conceptual framework is to build a new paradigm of toxicological testing, based on the keywords ‘relevance’ and ‘predictivity’. When the framework is implemented, any chemical triggering in upstream molecular/cellular events with sufficient intensity is flagged as a chemical able to perturb adversely a physiological pathway, and therefore induce a certain kind of toxicity. The current research on AOP development aims at assessing the plausibility that a chemical with a mechanism ‘X’ (e.g., aromatase inhibition, leading to impaired oestrogen biosynthesis) is involved in the induction of the AO ‘Y’ (e.g., female infertility). As a positive side-effect, AOP development can identify new measurable markers and/or assays for possible inclusion in the toxicological testing strategies for chemicals. This is of special relevance because not all AO are currently reliably predicted by the parameters used in standard toxicity tests. For instance, the European Food Safety Authority (EFSA) has recently (2017) used the adverse outcome pathway approach to identify potentially relevant markers for 2 important human AO, such as Parkinson’s disease and childhood leukaemia. Albeit of public health relevance, these AOs may not be adequately captured by the endpoints currently assessed in toxicological tests.

AOP impact may go beyond toxicity tests. There is a great need to integrate valuable epidemiological studies into human risk assessment. Indeed, AOPs may support the development of predictive biomarkers to be used in human studies. Most importantly, AOPs may help to reduce a major uncertainty in environmental epidemiology, the ‘biological plausibility’ issue. The exposure to the chemical ‘X’ is associated with the increased frequency of the AO ‘Y’ (e.g., cleft lips in newborns): does scientific evidence support a causal association? In other words, is exposure to chemicals eliciting certain MIE or early KE plausibly linked to the observed increased risk of the adverse outcome ‘Y’? Actually, the interests of the EFSA toward AOPs for Parkinson’s disease and childhood leukaemias have been initially triggered by their observed epidemiological associations with pesticide exposures.

Many currently developed AOPs are often burdened by uncertainties and defined as ‘putative’ AOPs. Nonetheless, even a putative not compliant with the quite stringent quality requirements can be used, at least as an issue deserving attention and points out what uncertainties should be dealt with.

One of the ‘hot’ topics in current toxicological sciences is the assessment of endocrine disrupters or endocrine disrupting chemicals (EDCs), i.e. the diverse ensemble of substances that induce adverse effects in humans, farm animals, and/or wildlife by altering the endocrine system function.

Endocrine disruption concerns the effects of chemicals on the broadest and most complex signalling system of the organism. Since this system is continuously stimulated both endogenously (hormones) but also by the environment, MIEs (e.g., interaction with the ERalpha nuclear receptor) continuously occur and it is unlikely that MIEs lead to adversity in a straightforward way. Thus, the relationship between the MIE and the early KEs clearly leading to adversity is a ‘black box’ of definite scientific interest: one example is the relationship, still not completely clear, between the MIE ‘binding to aryl hydrocarbon receptor (ArH)’ and several AOs (from cancer to reproductive disturbances) which are induced by ArH-binders such as dioxins.

AOPs of endocrine disruption is modulated by a number of factors. A single MIE/upstream KE may lead to different AO depending on sex, life stage, and concurrent levels of endogenous hormones. A typical example is the inhibited production of thyroid hormones, which may lead to impaired neurobehavioral development and growth in unborn babies and small children, to increased risk of goitres and possible secondary development of thyroid tumours in adults as well as to impaired reproductive capacity in women of childbearing age. Moreover, the AOPs related to thyroid hormone reduction are also modulated by iodine status: low iodine status alone may trigger the AOPs, but it may also facilitate (i.e., lower the threshold for a KER to occur) the AOP when it is triggered by a chemical.

AOPs can provide main leap forward in toxicity testing in terms of efficiency, relevance, and ability to predict adverse effects. It is a tool that (finally!) can connect, in a formalised, transparent, and quality-controlled way, mechanistic information and apical endpoints of classical toxicity testing. In this development phase, however, there is the risk of ‘drowning in complexity’ or making a lot of work which is not really fit for purpose. Therefore, both the general criteria and the definition of specific AOPs are under the close scrutiny of the OECD, which has implemented a programme on AOPs since 2012 as a major component of the updating of chemical testing strategies. In the European Union, the Joint Research Centre, has launched in 2014, a Knowledge-Base on AOPs, working in close collaboration with the OECD. Last but not least, the European research is also making a major effort: EU-ToxRisk is a project funded by the Horizon 2020 programme, led by Bob van de Water of Leiden University (NL) and involving 39 partners throughout the EU as well as Switzerland and the US. EU-ToxRisk is conceived as ‘An Integrated European ‘Flagship’ Programme Driving Mechanism-based Toxicity Testing and Risk Assessment for the 21st century’: obviously, the development of AOP-based approaches is a pivotal point for the ambitious project’s work programme.

Meteorite impacts: The good and the bad

Application of the marine magnetic survey