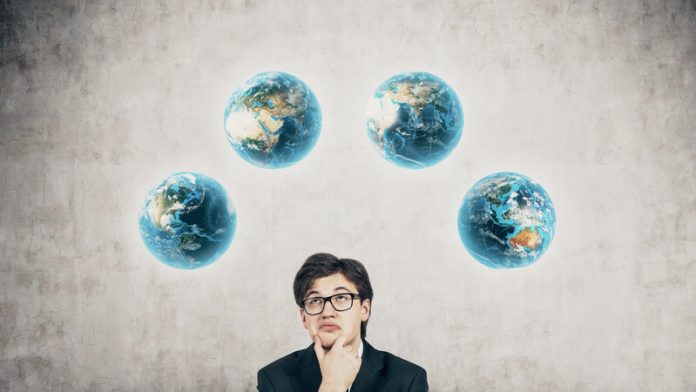 Open Access Government explores the work of the public-sector body, the British Geological Survey (BGS), in helping us to understand earth and environmental processes

As a world-leading geological survey, the work of the British Geological Survey (BGS) focuses on public-good science for the government, as well as research to help us understand earth and environmental processes. The BGS has surveyed the UK’s geology since 1835.

As a public-sector body, BGS advises the UK government on every aspect of geoscience, as well as supplying geological advice to academia, industry and the public. It is also worth pointing out that BGS is part of the UK’s primary agency for funding and managing research, training and knowledge exchange in the environmental sciences – the Natural Environment Research Council (NERC). NERC reports to the Department for Business, Innovation and Skills (BIS), within the UK government.

In the UK, the BGS has their headquarters close to Nottingham, plus there are a number of regional offices in London, Cardiff, Edinburgh and Wallingford. Further afield, BGS is also a key player in an extensive programme of overseas research, that includes surveying and monitoring in the developing world.

In terms of the organisation’s funding, half of it comes the Natural Environment Research Council (NERC) and the remainder from research grants, commercial data sales, commercial consultancy and other services.

Also worth highlighting here is that the data that BGS collects is deposited into their National Geoscience Data Centre – plus the samples and reports go to the National Geological Repository. The information deposited in these two places is used to build up the national geological database to assist the UK to make decisions about its natural resources.

The industries that have been and remain principle providers of this geological information are construction, petroleum, mining and environmental. It is quite normal for these industries to collect significant geological datasets, but where data is collected via commercially sensitive projects, it can remain confidential. Having said that, where it is possible, BGS make their data and research available to the public, industry, regulators, government and academia by means of openly published reports, open data and as peer-reviewed science.

One aspect of the BGS’s work in the field of discovering geology concerns volcanoes. Looking at the UK, for example, we know that they have not been affected by volcanic eruptions. Having said that, we remember the 2010 and 2011 eruptions of the Eyjafjallajökull and Grismvötn volcanoes in Iceland, which created a major disruption to air traffic in the North Atlantic, as well as Europe.

In the view of BGS, such eruptions are not unusual, indeed for hundreds of thousands of years, ash from Icelandic volcanoes is said to be carried over to the British Isles. BGS is also concerned with the 14 UK Overseas Territories that are considered to be volcanically active, which are:

On some of these islands, local communities live on the flanks of active volcanoes. Two of these islands have witnessed volcanic activity during the last few decades and as such, the BGS has played an important part in responding to these crises. For example, the Soufrière Hills Volcano in Montserrat, in the Lesser Antilles, began erupting back in 1995 and caused many of the inhabitants to leave the island. Today, an exclusion zone is still in place in the south of the island. From 1996 and 2008, BGS staff worked at the Montserrat Volcano Observatory (MVO) and still work closely with them today.

We also know that the natives of Edinburgh on Tristan da Cunha were temporarily evacuated in 1963 due to a volcanic eruption. BGS also responded to an offshore eruption near Tristan da Cunha, back in 2004. Also considered to be volcanically active, is Ascension, a populated remote island located in the South Atlantic Ocean.

Added to the above, we know that British citizens today travel overseas more than they did previously, indeed UK businesses are becoming ever more international where supply chains, communications and customers are concerned. In light of this, the BGS cooperates with governments, universities and volcano observatories to increase an understanding of the hazards and risks posed by volcanoes worldwide.

The BGS website draws our attention to one fascinating area where volcanoes are concerned, which is Iceland, described as a unique volcanic island. The BGS’s website tells us more about this fascinating aspect of the organisation’s important work in this area.

“It lies on the Mid-Atlantic Ridge, the great chain of underwater volcanoes that runs through the North Atlantic Ocean, along which the Eurasian and North American plates are moving apart at about 2.5 cm per year – or roughly the rate your fingernails grow.”

Finally, Dr Brian Baptie, BGS Head of Earthquake Seismology sums up the work of BGS with the Iceland Met Office when it comes to monitoring of any future eruptions.

“BGS has worked in collaboration with the Iceland Met Office to install new seismic stations in the vicinity Eyjafjallajökull and Katla. These stations are providing real-time data to enable detailed monitoring of any future eruptions.”