Rob Sillevis, Program Director for the Department of Rehabilitation Sciences at the Marieb College of Health & Human Services Organisation, dissects the potential causes and effective management of cervicogenic headaches

Headaches are a significant societal burden, which affect about 50% of the adult population. A significant number of days and billions of dollars are lost each year due to missed work from headaches. About 15 to 25% of all headaches are secondary headaches with the causation in the cervical spine. (1) Cervicogenic headaches (CGH) are defined by the International Headache Society as “pain, referred from a source in the neck and perceived in one or more regions in the head and or face.” (2) The prevalence of CGH has been reported as 4%. Typically, individuals with CGH are managed by a variety of health care professionals, such as general practitioners, neurologists, interventional pain specialists, chiropractors, and physical therapists. Although patients with CGH are likely treated with pharmacological and non-pharmacological intervention, the exact causative mechanism for CGH remains unclear. The precise cause, unknown despite years of research on CGH, calls into question the current management strategies and their long-term effects.

The most common rationale explaining the origination of CGH is based on referred pain from the upper cervical joints. It has been demonstrated that there is a direct connection between the trigeminal nerve (cranial nerve V) to the face and head and the spinal nerves of the first three vertebrae through the trigeminocervical nucleus. The trigeminocervical nucleus is functionally continuous with the upper cervical nerves, and therefore, painful nociceptive signals from the upper neck can converge with the trigeminal nerve. This connection might explain the subjective perception of orbital pain due to pathological or degen­erative changes in the cervical spine joints. It appears that the atlanto-axial (AA) joint between the first (atlas) and second cervical vertebrae (axis) and the C2–3 zygapophyseal joint are the most frequent source of CGH.

Another rationale explaining the development of CGH is based on the fact that the position and motion of the upper cervical spine in controlled by several smaller and larger muscle groups. Muscular impairment (dysfunctions) has been identified as a possible contributing factor for the development of CGH. The upright position in humans results in a vertical gravitational compressive force in the cervical spine due to the head’s weight. Over time these forces result in progressive degenerative changes. It is well known that degenerative changes will cause motion restriction and pain. Degenerative changes will result in abnormal muscle tone, which could affect the positional relationship between cervical vertebrae, but it can also lead to abnormal cervical motion patterns. Altered movement patterns will change the proprioceptive information received from the upper cervical spine and thus possibly contribute to the CGH.

Anatomical studies have identified direct fascial tissue connection between the suboccipital muscles, ligaments, soft tissues, and the dura mater in the upper cervical region. (3) These fascial tissue connections cross the epidural space and insert into the posterior aspect of the dura mater. Dissection both in the sagittal and the transverse plane demonstrates that the epidural space of the upper cervical spine contains many connective tissues layers that merge and blend regardless of their origination. It has been proposed that these fascial connections are meant to protect the cervical dura during motion and prevent compression of the cord. However, substantiated by personal observation, cervical motion results in a change in tension around the dura and a significant shift of the spinal cord contralaterally. This shift caused by suboccipital muscle activation could lead to neural tension and affect the functioning of the upper cervical nerves. As identified earlier, these upper cervical spinal nerves can directly affect the trigeminal nerve and contribute to the development of CGH. The clinical finding of neural tension has been reported by clinicians when treating patients with CGH. Yet, the true clinical meaningfulness of atlas motion causing neural tension can only be speculated at this time. (4)

This rotational motion of atlas is governed by the articular orientation and shape and the solid transverse ligament allowing the atlas to rotate around the axis freely. The suboccipital muscles, especially co-contraction of the homolateral obliquus capitis inferior and superior muscles, will result in rotation of the atlas. We

It is becoming clear that the movement and position of the atlas plays a crucial role in the development and maintenance of CGH. To further unlock the mystery of CGH and its effective management, a current study is underway to determine if muscle strength and tone of those suboccipital muscles controlling the position and movement of the atlas can be retrained and normalised. If a correlation between suboccipital muscle retraining and CGH can be found, it will significantly change the management of those suffering from cervicogenic headaches. 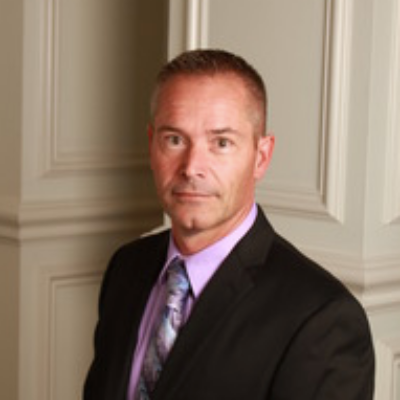