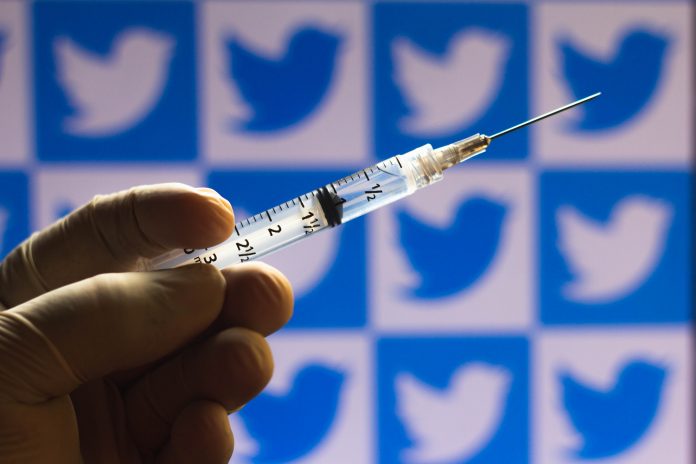 They believed that climate change and vaccination share many of the same social and environmental elements, but the results demonstrated that these debates were not divided along the same demographics.

Between 2007 and 2016, online sentiments around climate change were mostly constant and uniform – however, this was not the case with vaccination.

The goal of the research was to learn how sentiments on climate change and vaccination may be related, how users form networks and share information, the relationship between online sentiments, and decision-making in daily life.

The analysis of tweets using AI found that climate change sentiment was overwhelmingly on the pro side, among those who believe climate change is because of human activity and requires action. There was also a noteworthy amount of interaction between users with opposite sentiments about climate change.

Perhaps more importantly, individuals and online communities with differing sentiments toward vaccination interacted much less than the climate change debate.

Chris Bauch, professor of applied mathematics at the University of Waterloo said: “It is an open question whether these differences in user sentiment and social media echo chambers concerning vaccines created the conditions for highly polarized vaccine sentiment when the COVID-19 vaccines began to roll out.

“If we were to do the same study today with data from the past two years, the results might be wildly different. Vaccination is a much hotter topic right now and appears to be much more polarized given the ongoing pandemic.”

Madhur Anand, professor of environmental sciences at the University of Guelph added: “There’s been some work done on the polarization of opinions in Twitter and other social media. Most other research looks at these as isolated issues, but we wanted to look at these two issues of climate change and vaccination side-by-side. Both issues have social and environmental components, and there are lots to learn in this research pairing.”

Data which precedes the COVID-19 pandemic

The project’s dataset for the project used a few different sources, including purchased data from Twitter. The analysis takes into consideration roughly 87 million tweets from between 2007 and 2016. This entails information regarding vaccine sentiment are also from years before COVID-19.

The AI ranked the millions of tweets as either pro, anti or neutral sentiment on the issues and then categorised users in these groups. It additionally analysed the structure of online communities and how much users with opposing sentiments interacted with each other.

Bauch stated: “We expected to find that user sentiment and how users formed networks and communities to be more or less the same for both issues. But actually, we found that the way climate change discourse and vaccine discourse worked on Twitter were quite different.”

The research is published in the journal Humanities and Social Sciences Communications, titled: ‘Debates about vaccines and climate change on social media networks: a study in contrasts’.