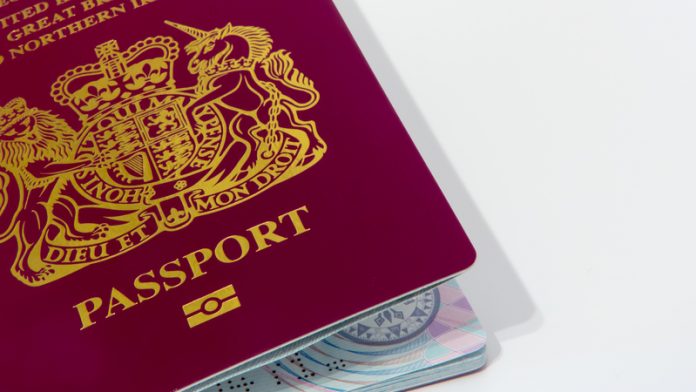 Renaud Laffont-Leenhardt, Gemalto’s Director for Travel Documents, comments on why security is the most important part of the passport making process in this detailed article

In today’s environment of sophisticated criminal activity, with cyber-attacks, fraud and theft now commonplace, demonstrating broad security capabilities has never been more important for businesses. Not only is it reassuring for consumers – research has found that 72% of British adults are concerned about the protection of their data – but it is a crucial step towards preventing the expansion of criminal behaviour and compromising public safety. It is of no real surprise then that the recent UK passport tender permeated public discourse as much as it did.

Amid the furore around the manufacturing process of the new British passport, there was a genuine concern for public safety and protection of citizens’ data. The tender, which we’re very proud to have won, had security at its heart – and in a context of a high-charged climate of cross-border crime and terrorism, it’s crucial that the new passports use a variety of innovative techniques to prevent criminals from taking advantage of them.

Criminal techniques to tamper with passports have become as broad as they are diverse, so much so that it prompted the UN to address the issue, calling upon all states to ensure that their passports were secure against new and emerging threats[1]. Passports are only ever as reliable and satisfactory as the security systems behind their production, issuance, control and inspection and so every level must be fortified. Through new technologies and preventative techniques, the evolution of the passport has made it one of the most secure documents in the world.

So how will the UK passport protect us from fraud?

The use of false identities and fraudulent travel documents remain major security concerns for authorities. Using stolen, borrowed or lost passports, criminals can attempt to steal the identity of someone else, allowing them to carry out nefarious activity with no immediate link to their real identity. To combat this, border control measures have been tightened.

The chip in modern passports now stores secondary biometrics, requiring the holder to offer a second form of ID authentication. For instance, this is why at many airports, the traveller requires both their passport and a complete facial scan to successfully pass through. Moreover, passports are now produced to match with a much greater reference database, allowing for real-time verification of identity at the airport.

Often, forgery is the result of sophisticated tampering by the fraudster. Popular practices include lamination, substituting data and image pages, and modifying the travel history to make the passport ‘clean’ before crossing a border.

Lamination and substituting the image involves tampering with a valid document to alter the portrait and go undetected. To do this, fraudsters often place a very thin laminate film on top of the image to distort its appearance or carefully cut and remove the existing image before inserting their own. To combat this, the modern passport now contains embossed features, stronger secondary images and layered printing to make any evidence of tampering much easier for officials to spot.

Similarly, substituting data pages involves removing the original page through disassembling stitching and replacing with a counterfeit copy. To protect against this, passports are now printed in complex designs, combining various layers of printing and features laminated together, while stitching has also been upgraded to become near impossible to emulate.

Criminals will remove border stamps or create their own to boost their credibility at border control if they wish to hide how long they have remained in a country. This is usually carried out by scraping the endorsement away. However, this damages the watermark on the passport paper and so is a clear sign of criminal influence.

The age of polycarbonate

Yet, modern passport security extends beyond these counter measures and is now pioneered by the use of polycarbonate card. Polycarbonate card is one of the most significant security developments in the passport market, providing robust material which is extremely difficult to forge and so perfect for deployment in ID documents. The UK passport is the latest document to integrate polycarbonate for its new 2019 edition as recently announced in April 2018.

We’ve been a driver of polycarbonate for over 30 years, recognising how its unique graphical properties and 1-block concept are invaluable in the fight against fraud and cross-border crime.

A 1-block concept is the unique integration of all security and ID data features which work together to protect each other from any fraudulent attempt. To break this down, within polycarbonate card, the passport photo is locked between secure artwork and printed features, thanks to positive or negative embossing.

In other words, any attempt to change the photo destroys a portion of the printed features, while attempting to access the layers of the document will leave visible evidence of tampering. For governments, and for passport production, this is of crucial importance as documents which cannot be split can also not be tampered with by traditional criminal methods.

This tamper-proof structure is also supplemented by irreversible personalisation features. Each passport is laser engraved with the formation of a permanent black mark which is precise and unique. It’s used to personalise the blank passport with the holder’s information – the letters and figures are deep black, and often have a distinctive texture. As these engravings are made within the solid polycarbonate card body frame, they cannot be changed and provide an extra level of security.

The public are naturally concerned about the protection of their personal information and the passport, as the most iconic symbol of national pride and sovereignty, is one of the most important documents we own.

However, it is imperative that we understand that a passport’s security relies on how it is made, not where. Criminals are becoming increasingly sophisticated with their methods, making it harder to spot and determine whether fraud or illicit activity has taken place, so it is more important than ever that our passport security continues to evolve and stay one step ahead. By using polycarbonate and clever anti-forgery techniques, security has been able to evolve to ensure British citizens will carry the best and most secure passport in the world.