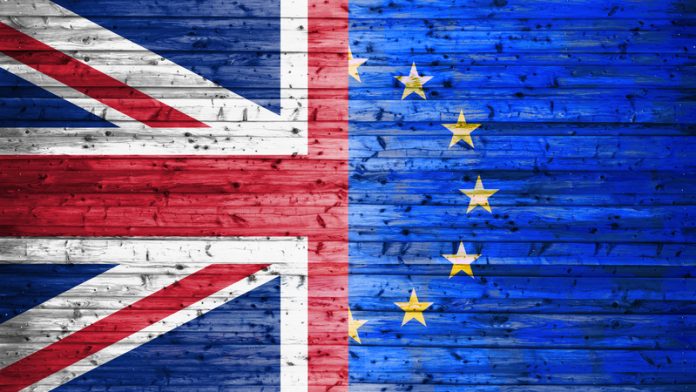 It won’t be too long before Britain formally departs from the European Union after the vote for Brexit in the 2016 referendum. One topic that is regularly discussed as Brexit gets closer is how the nation’s borders will be affected.

During the most recent release of the Henley Passport Index, residence and citizenship advisory firm Henley & Partners’ Group Chairman Dr Christian H. Kälin pointed out that a “global mobility divide exists” and that “2018 will bring further uncertainty, with the UK still in the grip of ongoing Brexit negotiations”.

The position of the Dover-Calais border

It has been discovered that Dover handles up to 17% of Britain’s entire trade — with a worth expected to be around £112 billion in 2017. With this in mind, the Freight Transport Association’s Deputy Chief Executive James Hookman urged the government to make the free flow of traffic through Dover a “top priority” in the year ahead.

The Port Boulogne Calais President-General Manager, Jean-Marc Puissesseau, has notified both Theresa May and European Chief Negotiator for the UK Exiting the European Union Michel Barnier that they should not delay plans to avoid any congestion across Dover and Calais. Mr Puissesseau requested that Mrs May and Mr Barnier “be intelligent” about the economy when carrying out Brexit negotiations, before stressing: “At the moment, 70% of food imported comes from the EU. Even if that goes down to 50% after Brexit because of controls, it still needs to flow smoothly; people still need to eat. If there are delays it could end up rotting on the side of the road.”

Prime Minister, Theresa May and French President, Emmanuel Macron have already discussed the relationship between Dover and Calais. This is after the Sandhurst Treaty was signed in January, which is the first joint treaty on the Calais border to be set up in the past 15 years and is set to see the time taken to process migrants wishing to come to the UK from Calais to fall from six months to just one month for adults and 25 days for children. Mr Macron hailed the signing of the treaty as an opportunity that will: “enable us to improve the relationship and the management of the joint border”.

The outcome of that meeting revealed that Britain would be investing an addition £44.5 million on the English Channel’s border security, whilst also announcing that both Theresa May and Emmanuel Macron would continue to be committed to ‘Le Touquet’ — a border agreement in Calais which allows British immigration officials to complete border checks in France rather than in Dover.

The position of the UK—Ireland border

With Brexit negotiations still ongoing, Theresa May is still yet to look at the Irish border — which is presenting itself as being one of the biggest issues as the date for the UK to leave the EU gets nearer.

The UK and EU have come to an agreement which states that there will be no border, infrastructure or customs posts between the Republic of Ireland and Northern Ireland after Brexit. However, there are those — including members of the Scottish government — who are of the belief that due to the Republic of Ireland remaining in the EU post-Brexit, Northern Ireland will need to remain in the single market too in order to avoid any border being created between the two nations.

“Those wanting greater control and enforcement of rules on immigration after Brexit imagine the reinstatement of a hard border on the island of Ireland will help. It won’t. The common travel area has allowed citizens of both countries to move freely, give or take the occasional interruption, since 1925,” commented Jenny Chapman, the Labour MP for Darlington who is also positioned on the Labour shadow Brexit team, in The Times.

However, it must be remembered that over 100 million crossings are carried out yearly on the Irish border. Within this huge number, about 35% of Northern Ireland’s exports, which involves 7,000 small businesses, head south across the border, while an estimated 15,000 individuals cross the border on a daily basis for work and hundreds of children do the same to attend school.

Actions have been made to reduce the number of complications the Irish border could encounter when Britain leaves the European Union — including a recent announcement that both Brussels and London sealed a deal in December. This deal set out three options for the Irish border:

Both Theresa May and the Irish Fine Gael Leader, Leo Varadkar will work together to achieve frictionless plans that will aid the Irish border after Brexit, which will not result in the EU requesting that Northern Ireland stays within both the customs union and single market. Speaking after the announcement and subsequent bilateral talks in Belfast, Mr Varadkar stressed: “We both prefer option A as the best option by which we can avoid any new barriers [on the] border in Ireland, and that is through a comprehensive customs and trade agreement involving Britain and Ireland.

As the time for Britain to depart from the European Union comes closer, we will undoubtedly see more debates and discussions around the subject.