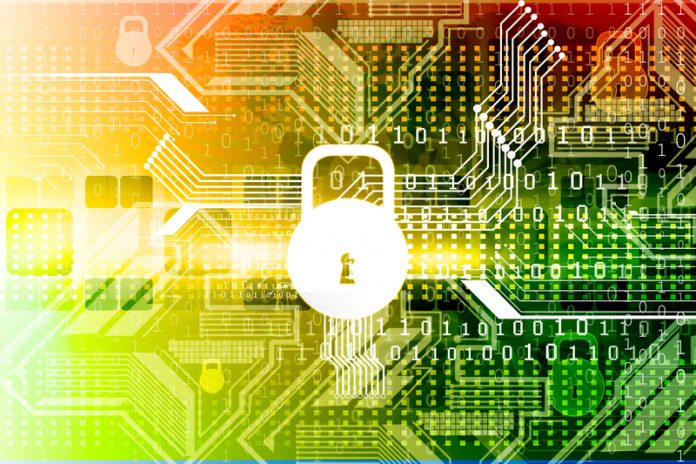 Carlos Moedas, Commissioner for Research, Science and Innovation recently unveiled his thoughts in a speech on the whether we trust science itself

Carlos Moedas, Commissioner for Research, Science and Innovation depicted a scene to illustrate exactly what the problem is concerning trusting science today. During his speech on 26th September 2017, Moedas takes us to 1979 and asks us to imagine a man about to sit down and eat a meal in his kitchen, when a time-travelling scientist from the future suddenly appears. The scientist warns the man to avoid eggs, as they are high in cholesterol and could significantly increase the risk of a heart attack. “Happy with the thought that he has saved the hungry man from future health problems, he is quickly on his way” Moedas goes on to explain, before continuing this compelling story in his own words.

“Then the scientist appears again saying he was wrong, and that actually there are two types of cholesterol, one bad, one good. So, he advises the man to only eat the egg whites, but not the yolks. So, he leaves a second time. But he is back again straight away. This time he tells the hungry man that they are now unsure in the future about how cholesterol in food affects cholesterol in the body. And that the eggs are probably fine to eat!

“This scene shows us exactly what the problem is when it comes to trusting science today. Diverging scientific opinion is confusing. It is overwhelming. It causes the citizen to lose trust in the whole body of evidence. And to lose trust in science.”

A modern approach to truth

Moedas then directs the thoughts of his audience to the phrases – “Post-fact”, “Post-truth” and “Science skepticism” “Crisis of faith” – all of which simply tells us that the integrity of science is being questioned. Moedas then has some kind words to say about JRC (The European Commission’s science and knowledge service) who for over 60 years have created excellent science that supports the European Union.

“Every day, JRC helps my colleagues and I to take the crucial decisions that affect all European citizens. I can truly say that JRC has helped shape European science. And they will be one of our champions when it comes to restoring trust in science in the years to come” Moedas explains.

Moedas then tells his audience that there are three essential steps required to safeguard trust in science. Firstly, to explain the process of science. Secondly, to create places of trust and thirdly – to toughen-up on research integrity.

“Scientists must be honest about the limitations of the evidence. They need to show the full picture of what the scientific evidence tells us. To bring us on the journey of how they reach their conclusions. To explain the process so people can reach the conclusions themselves.

“This open process has been at the heart of the new Scientific Advice Mechanism. Or SAM as I call it. SAM has now produced its first two Opinions – on CO2 emissions in transport and on cybersecurity. In both cases, the journey to reach the Opinion has been incredibly important. That journey has always involved the JRC as the first stop. And I have to thank Commissioner Navracsics and Vladimir Šucha for this great collaboration.

“But the development of SAM Opinions has also involved the Academies of Europe and the wider scientific community. And in each Opinion, the evidence is clearly present. The process is explained. And every care is taken to ensure scientific accuracy and easy access for non-experts. Even politicians!”

Moedas then reveals his pleasure that these first opinions are already having a major impact on policy. The European Commission’s new strategy on cybersecurity draws heavily from SAM he tells us, adding that future proposals for CO2 emissions are using the SAM Opinion as to the basis of the impact assessment. Moedas then offers his reflections on explaining the process and also highlights the vital issue of trust concerning science.

“I believe that explaining the process is important. But in my view, it is not enough. In the past, when someone was worried about their health, they used to go to the doctor. Now, often, they go online. But often they find a cacophony of confusing advice online. A mixture of fact and fiction.

“Increasingly, people are looking for sources that they trust. Like the Mayo Clinic or WebMD. And this trust comes from the scientific basis of the information they find.

“So, we need to develop these places of trust for scientific advice. Where citizens know that science is genuine. Where the process is explained. Where they can check the sources. Where they can access the data themselves. So, I believe in the future there will be two types of internet. The one you trust and the one you don’t.”

Carlos Moedas then takes us to his final point, which is that the European Commission need to be tougher where research integrity is concerned. Research integrity goes hand in hand with trusting science he stresses, pointing us to a fitting example of how this happened in 2016 at the Karolinska Institute, Sweden in his own words.

“Karolinska is one of Europe’s most prestigious institutes. Its research in biomedicine is renowned, not just here in Europe, but across the globe. Like the Mayo Clinic, it was one of the places of trust where people go for biomedical information.

“But then there was a case of scientific misconduct. It concerned one of the institute’s researchers, in just one of the 22 departments. But it cast doubt on the whole institution. In a survey of public opinion of universities in Sweden, the Karolinska Institute dropped from 4th place to 12th place. The trust was broken.

“So, we cannot afford to be soft on research integrity. It is that simple. There are many things we are doing right now to make sure of this. Together with ALLEA (ALL European Academies), we have updated the Code of Conduct for research integrity. A single Code for all of Europe. And we have embedded this Code in every single Horizon 2020 grant agreement. Every single research institution needs to apply and enforce the Code.”

The reputation of science

Moedas then congratulated the JRC (The European Commission’s science and knowledge service) for leading by example, as they are a shining example of an organisation who place research integrity as their central value.

They do this by preparing a “statement on scientific integrity”, that applies to all scientific staff, Moedas went on to say before adding his closing remarks.

“So, for citizens to regain their trust in science, we must do three things: Bring citizens on the journey of science; create places of trust and champion research integrity. We are taking a lead in the Commission on all these points. In the JRC. With the Scientific Advice Mechanism. In the standards, we set for all Horizon 2020 projects. But I would like us to go much further in future.

“So, the reputation of science is threatened now. But I’m an optimist. I believe we must find the opportunity in this crisis of faith. Because it is only when we lean into the problems of today, that we can better create the world of tomorrow.

“Let’s try to use this moment to create a better world of science for all of us, not just the citizens. If we take this opportunity, there are only two outcomes. Either we will succeed at involving citizens; we will evolve, transform and create a science for everyone. This is exactly what I hope to see in the years to come.

“Or, ultimately, we will fail. Losing the trust of the citizens, perhaps for good. Losing what inspires passion in citizens and the strongest link we have between European citizens and European policy. For me, the failure scenario is not an option. Because every time we mistrust science, it undermines the progress of humanity.”

To read more about EU4Facts: Evidence for Policy in a post-fact world Session Titled: “Why Should We Trust Science?”, please visit: https://ec.europa.eu/commission/commissioners/2014-2019/moedas/announcements/eu4facts-evidence-policy-post-fact-world-session-titled-why-should-we-trust-science_en